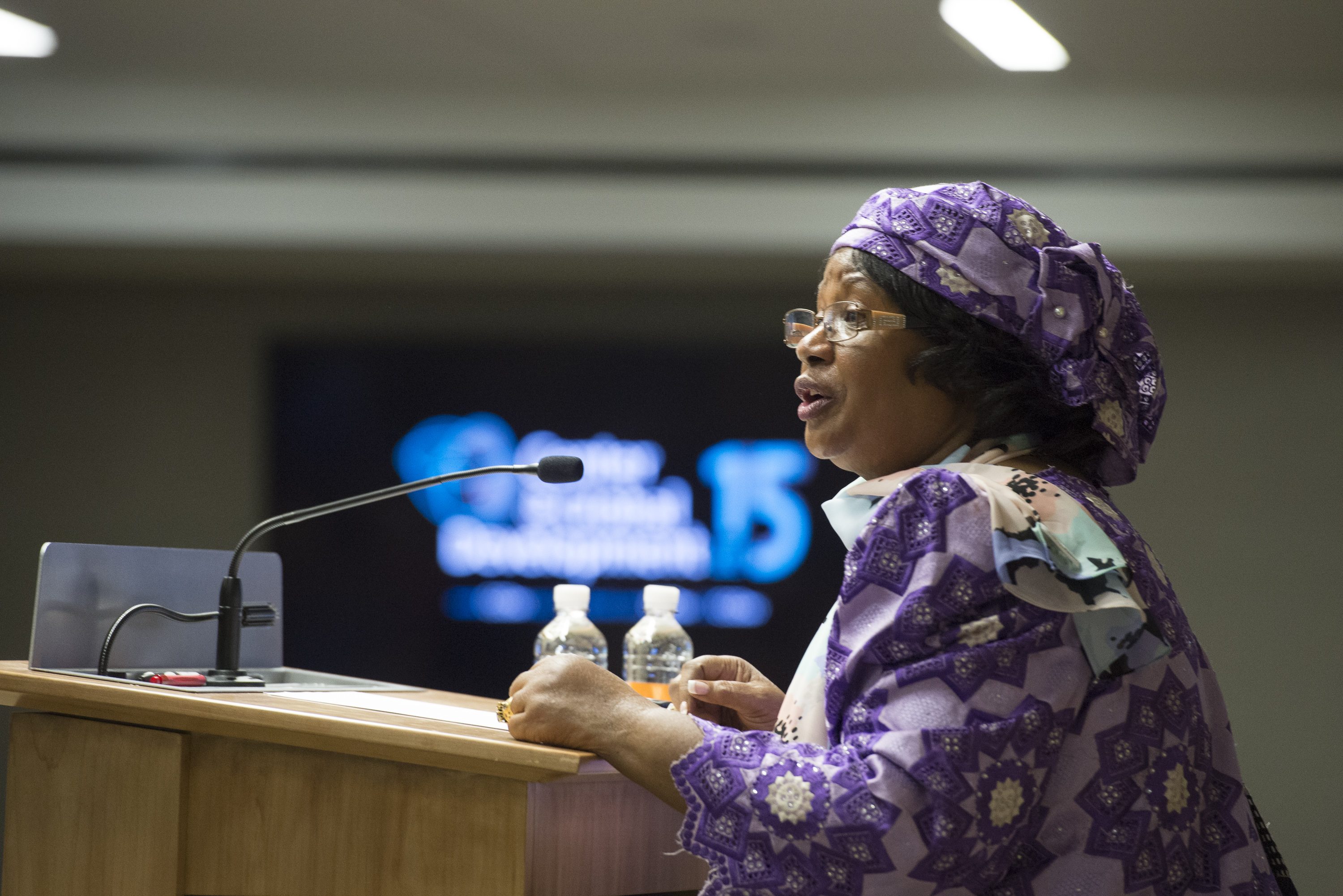 At the event, President Banda discussed her own experiences as a woman in African politics and her current work to encourage other women to become political leaders, giving us a snapshot into how she’ll be spending her considerable energies. In her remarks and conversation with the Wilson Center’s Gwen Young, she argued forcefully for leveling the political playing field for women. She also made the case for ensuring that girls have an equal opportunity to go to school, for women to have equal access to productive assets, and for working to prevent maternal mortality and gender-based violence.

President Banda’s words match actions she took while in government; as Minister of Gender and Child Welfare, she championed Malawi’s 2006 Prevention of Domestic Violence Bill, which provided the legal framework to support the prevention and elimination of all forms of violence against women and girls.

Since leaving the state house, President Banda has continued her work to promote gender equality and advance women’s political leadership, through initiatives such as Elect Her Into Office, a new campaign launched by Madeleine Albright and the National Democratic Institute, and the Joyce Banda Foundation. While at CGD and the Wilson Center, she will build on this work by focusing on the issue of women’s political leadership and joining Charles Kenny and Mayra Buvinic to promote other areas of gender and development.


As a distinguished visiting fellow, President Banda brings with her decades of experience not only in politics but also in advocacy on behalf of women and girls, and we are excited to have her on board. Welcome President Banda!