What Should We Ask from the IMF on Climate Change? | Center for Global Development | Ideas to Action Skip to main content

What Should We Ask from the IMF on Climate Change? 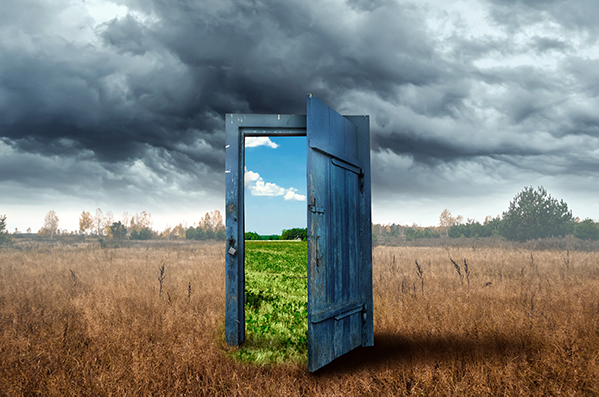 While the world’s decision makers are now rightly focusing on the COVID-19 crisis and its potentially devastating economic aftermath, the International Monetary Fund (IMF) will be critical to re-establishing financial stability and resetting the growth trajectory for the global economy. There is another, pressing issue that the IMF can take a position of leadership on, that continues despite the current pandemic: climate change. The climate change agenda has been moved from the center stage for the moment, but as the world begins to rethink what the post COVID-19 economic order will look like, climate change will again play a key role. And so will the IMF.

The IMF has an important role to play in assessing and dealing with the economic and financial impacts of climate change and decarbonization as I explain in a new note.  When new areas of endeavor are proposed for the IMF, the Executive Board, management and staff ask the question: “Is this in our core mandate?” When it comes to climate change, many would initially say “No”—their thought being that while climate change might be a pressing issue for some vulnerable countries and sectors, it does not have the global systemic macroeconomic and financial impact that merits the Fund’s attention.

But that would be wrong. Whether the global community fights to limit carbon emissions or not, there will be huge systemic implications. If we pursue decarbonization consistent with the 2015 Paris declaration, we will need a fundamental restructuring of the world’s production, trade, and finances. Whereas, continuing along the current carbon emission path will lead to a potentially uncontrollable degradation in global wellbeing and devaluation of assets. Either way large shifts will occur with unpredictable timing and impact, endangering global economic and financial stability.

And that is squarely in the IMF’s core mandate.

No institution is better placed than the IMF to understand the linkages among the various risks threatening economic growth and stability and to provide guidance on how these risks can be balanced. It has the talent, scope, and bully pulpit to guide the global macroeconomic dialogue on carbon taxation, economic transformation, carbon-related financial incentives and risk taking, the macroeconomic and fiscal impact of adaptation strategies and the macroeconomic costs of inaction on climate mitigation. It has a wide variety of modeling tools that permit exploration of so called “green swans” and tail risks to predict when economic tipping points might occur. Over the last decade, Fund staff has integrated financial analysis and stress testing into macroeconomic analysis, ensuring the links between asset valuation and real economic developments are understood.

The Fund’s global analysis is grounded in differentiated country-by-country analysis. Global analysis of the economic impact of climate change and mitigation masks a huge variety in country-specific effects: for example, mitigation of climate change through carbon reduction is pertinent for every country, but without decisive action by the biggest carbon emitting countries, the mitigation efforts of smaller countries will be for naught. Countries whose wealth consists predominantly of carbon assets will feel very different financial impacts than those that are diversified out of coal, oil, and gas. Many island countries are facing immediate adaptation needs as sea levels rise. And the list of unique country challenges could go on and on.

By virtue of its surveillance mandate, the Fund has detailed macroeconomic and financial models of all its 189 member countries and an econometric infrastructure to link them, allowing customized analysis and cross-country integration. In the aftermath of the great recession, the Fund has become adept at analyzing spillover effects between countries and economic sectors, especially the links between macroeconomic and financial developments and sending warning signals when changes in one country have dire implications for many others.

What does the IMF need to succeed?

The IMF will be best able to leverage its expertise if climate change becomes part and parcel of its macroeconomic analysis. To date the Fund’s voice has been loudest on carbon taxation as the key to mitigation and it has begun to look at implications of climate changes in its financial sector stability assessments.

But more will be needed. The range of climate-relevant tools available to macroeconomic policymakers has been well surveyed by the IMF staff. Fiscal policy tools include carbon taxation, government budgeting, private-public partnerships, and public guarantees. Financial tools include asset evaluation in light of climate risks and the development and regulation of the financial sector to support climate finance. In the monetary toolkit, integration of climate risk into standard monetary prudential frameworks and credit allocation schemes can be useful. In all these areas, the Fund has expertise to offer countries and financial and development institutions.

Climate issues have yet to be integrated into the IMF’s existing analytic toolset. For example, a survey of its flagship annual economic country evaluations, the Article IV consultations, shows that of the 100 country reports published between January 1, 2019 and March 17, 2020, 45 had some mention of climate issues, including references to vulnerability associated with weather-related natural disasters; few had deep analysis. No recently published Financial Sector Stability Assessments consider climate, although the IMF has committed to doing so going forward. Similarly, the various fiscal and monetary diagnostic tools do not yet focus on climate considerations.

The Fund could look to its own past to see how to mainstream climate analysis. In the late 1990s there was resistance to the IMF’s “branching out” into financial sector, but with a strategic choice of countries for the initial analyses, the IMF slowly built its financial sector stability toolbox. As the analysis matured, the Executive Board, country officials, and IMF country teams became convinced of its usefulness for macroeconomic analysis. For climate, the IMF could build on the five Climate Change Policy Assessments that have already been done, leveraging recent the increased international attention to the issue to gain traction.

The challenge for the IMF will be to clearly delineate the boundaries of its own efforts and work with others. By setting clear expectations as to what can be expected from its analysis, the Fund can best leverage its core expertise efficiently and rely on others to complement its analysis. The Fund does not need to build its own expertise in all aspects of climate change, but it will need to partner closely with others. The World Bank is always the Fund’s first partner on issues that straddle macroeconomics and structural/microeconomic issues. On climate finance it will find collaborators at multilateral development banks and development finance institutions, which are developing green finance programs. And bringing scientific and political climate change and mitigation expertise from outside will be essential to its analysis.

How can the IMF help developing countries frame the climate debate?

The IMF can best serve its developing country members by drawing attention to climate issues in macroeconomic policy discussions. The Sustainable Development Goals (SDGs) have already raised the stakes for macroeconomic management in developing countries. With strained budgets, stagnant donor support and private finance not yet filling infrastructure financing gaps, debt levels are increasing as governments try to push development forward. Climate change—be it efforts at mitigation or adaptation—will strain budgets even more, at least in the short term. The IMF can be instrumental in three ways

All these tasks will require new ways of thinking from the IMF and their country counterparts. Country leadership is key to ensuring climate friendly policies take root, as they will appear politically and economically costly in the short run, so a long-run case must be made. The uncertainty of development paths given the rapidity of climate change means that macroeconomic managers will need to consider various scenarios going forward and ensure there is enough fiscal space for the government to be effective in various contingencies. And debt dynamics calculations generally assume a smooth and predictable growth path, neither of which is likely given the kind of changes climate change and/or mitigation will bring about. And it should think about whether to treat debt accumulation for carbon-intensive vs non-carbon-intensive public investments differently in its debt sustainability analyses.

While the IMF’s true value is its analysis and advice, its lending can be instrumental in helping countries adjust to new macroeconomic realities. Already the IMF is adjusting its lending facilities to assist better countries facing nature-related crises, but as the Fund looks at future climate-contingent scenarios, it must also consider how to adjust its balance of payments assistance to help countries transit to fundamentally new economic structures, whether they come about from climate degradation or decarbonization.

How can the international community support the IMF?

Despite its reputation as a doctrinaire and immovable bureaucracy, the IMF is remarkably adept at embracing new areas of work into its core work. Of late, it has done so with poverty, financial sector issues, and income distribution issues. But it does not do so lightly: there must be demonstrable case that the issue is indeed macroeconomically critical. It acquires the needed expertise carefully and methodically and integrates it prudently into its policy advice.

But it cannot do so in isolation. Experts in the science and politics of climate change need to help make the case to the IMF and to its shareholders that there is a macroeconomic imperative and then help the IMF access the technical knowledge it needs to do its job.

This blog post has benefitted from a seminar that CGD co-hosted with the European Climate Foundation, attended by the IMF’s Managing Director and her staff and climate experts, where the IMF’s climate change role was discussed. It also draws on insightful conversations I had with John Hicklin and Peter Heller and comments from Masood Ahmed. But as usual, responsibility for the blog’s contents rests with the author.