Will the UK Chancellor’s Accounting Be “The Tail that Wags the Dog” of UK Foreign Policy? | Center for Global Development | Ideas to Action Skip to main content 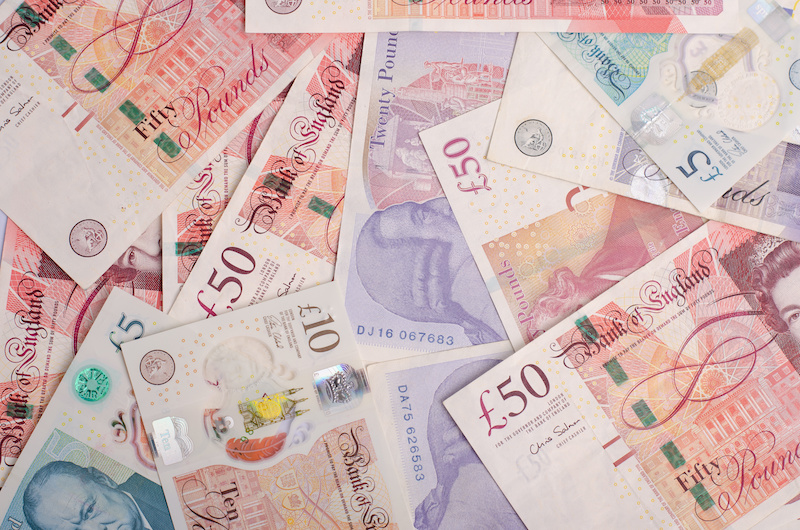 When Will the Fiscal Situation Allow More Aid Spending in the UK?
Sam Hughes
and
Ian Mitchell
April 20, 2021

The new foreign secretary, Liz Truss, will meet with the chancellor in the coming weeks to determine her department’s budget over the coming three years. If the chancellor maintains his current stance on counting aid spend even where it has no fiscal cost, and also treating the aid target as a ceiling rather than a floor, it would be like the tail wagging the dog,* with the  Chancellor’s stance on the aid target (the tail in this case) directing the UK’s international approach (the much-weightier dog) instead of vice versa, as one would hope. And it could also mean the foreign secretary would have to implement a third round of cuts in UK aid in spring 2022.

Here, we look at the key issues, and propose a principled way forward that is fiscally responsible and reflects the true intention of the law on aid.

The UK Parliament has made clear its aid target is 0.5 percent for the foreseeable future. It voted to approve the government’s proposal that the UK’s target for official development assistance (ODA) would reduce to 0.5 percent of GNI until debt is falling and there is no deficit in day-to-day spending. That assessment will be made by the Office of Budget Responsibility and is most likely many years away.

On the 27th of October, the chancellor will conclude the spending review which will allocate departmental budgets for the next three years. It appears that the foreign secretary will again play a role in shaping ODA allocations across Whitehall departments; this is a valuable reform that promotes coherence.

But the chancellor’s position on the target will have a significant bearing on the UK’s international role. In particular, if the government treats the target as a ceiling—and combines this with including particular accounting items with no real cost—it will undermine the UK's standing and its ability to plan effectively. Taking each of these issues in turn:

First, legally, the target is a minimum. But the government has also treated it as a maximum—the UK has never spent more than 0.70 percent. This is a policy decision, but it shouldn’t dictate the UK’s entire foreign policy approach. If there are opportunities to spend in the UK’s interest, and they take the UK beyond 0.50 percent, then the government should not let the target hold it back and dictate its resource allocation.

Of course, aid sceptics will complain if spending goes above the target. But the government should defend its aid spend based on its value and impact, not on whether it matches a figure to two decimal places.

Second, the chancellor is inclined to classify all and any items as ODA to minimise real expenditure. What counts as ODA is set by rules and practices agreed at the OECD Development Assistance Committee. The core principle of ODA is to “measure donor effort”—so, counting spend with virtually no fiscal cost (or far in excess of its fiscal cost) is not consistent. And, while other countries have included ODA on this basis, thereby exaggerating their effort, no other country directly reduces other aid as a result.

A further problem with these approaches is that they undermine commitments the government and prime minister have made by turning them from being “additional” to “reallocation.” This is particularly the case with the IMF’s Special Drawing Rights (SDRs), where the chancellor announced the increase as “additional financing to low-income countries” following the G7 communique to “magnify” support and HM Treasury confirmed this was “to further support low income countries.” It undermines the UK’s reputation, and its belief in a rule-based international order, if it commits additional resources but in fact reduces the budgets of often very poor countries to fund them.

A third round of cuts?

A more practical issue for the foreign secretary and the government is that the UK aid budget could face a third round of cuts. The amounts scored for debt relief and SDRs could be substantial. Within existing programmes, there are commitments that have been deferred to 2022 as well as disbursements to international organizations, and perhaps new ones on climate. The UK’s EU aid contribution could rise in 2022 as the Commission has front-loaded efforts in response to COVID. Whilst the aid budget would be expected to rise by some 7 percent in 2022 (~£700m) with GNI, creating some headroom, this would likely be outweighed by the potential £860m of debt cancellation and perhaps £200-300m of SDR “costs” (if the total is split over four or five years). This would mean a third round of cuts from the UK’s aid budget in spring next year.

A sound principle for the chancellor and foreign secretary

The way forward is for the foreign secretary to reach an agreement, based on a sound principle, with the chancellor on what will be funded from the core 0.5 percent ODA budget, and what is additional. The principle should be that the spending review of ODA allocations should set planned fiscal and non-fiscal spending based on projections of 0.5 percent of GNI, but that two categories of items would be additional to enable sound planning:

Of course, as now, HM Treasury would need to agree to any items in the second category, but this principle would bring clarity and discipline to the UK’s international commitments.

The new foreign secretary was herself chief secretary to the Treasury and will well understand the chancellor's need to be fiscally responsible. However, she will be significantly held back if she needs to explain and defend a third round of cuts next year, or if she must cut her department's activity every time an accounting exercise reduces the real ODA budget.

The foreign secretary should start by setting out to win an argument with the chancellor her predecessor could not.

*"Wagging the dog" is an idiom that usually refers to something important or powerful being controlled by something less so.