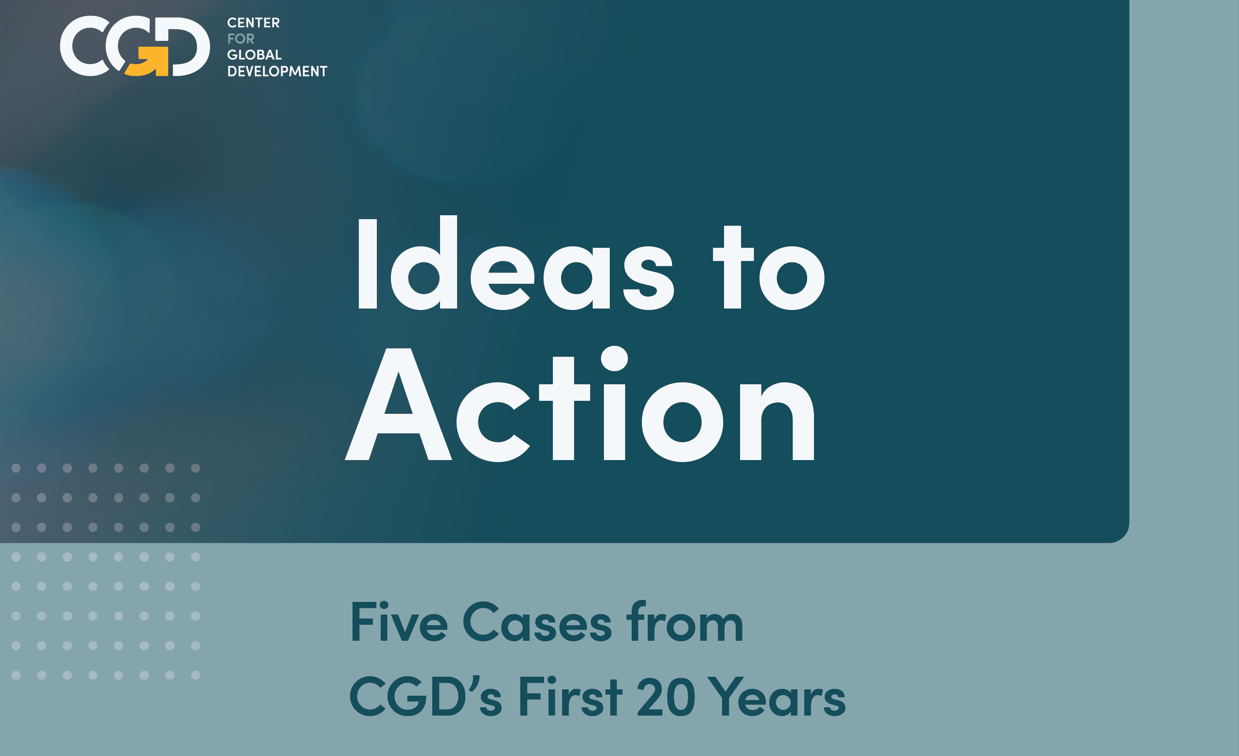 Ideas to Action: Case Studies of Influence and Impact of Five Initiatives at the Center for Global Development
November 10, 2022

This case study is one of five produced as part of an external assessment undertaken between 2020-2022 to examine how CGD contributed to influence and impact in some of its areas of work. The case studies detail five notable initiatives from CGD’s first 20 years. This external assessment was led by Benjamin Soskis of the Urban Institute’s Center on Nonprofits and Philanthropy and overseen by Amanda Glassman with coordination and support from Brin Datema in consultation with CGD president Masood Ahmed. Each case study was researched and authored by independent consultants to CGD. The full collection of case studies and related materials is available here.

This case study examines the role played by CGD, specifically former chief operating officer and current nonresident fellow Todd Moss and former senior fellow Ben Leo, in developing a policy proposal to create a new full-service US development finance institution. The seeds for the idea were planted in the mid-to-late 2000s when Moss and Leo were working in government and saw firsthand the limitations of the US government’s development finance capabilities. After leaving the government, they collaborated on an idea for increasing the impact of US development finance tools. Over the following years, they shared their proposal with key policymakers and advocates, and in October 2018, the text of the Better Utilization of Investments Leading to Development (BUILD) Act was passed, officially creating the US International Development Finance Corporation.