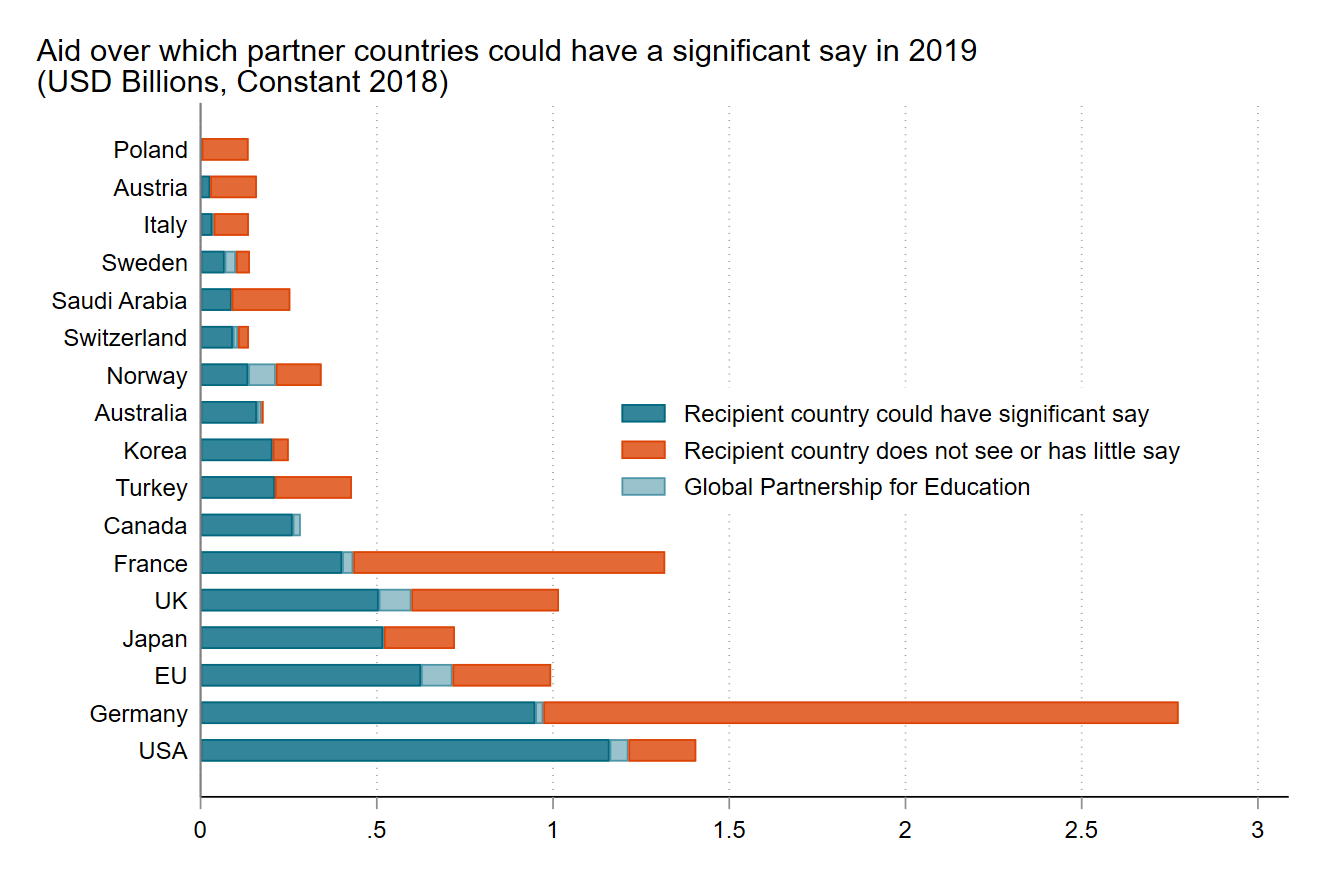 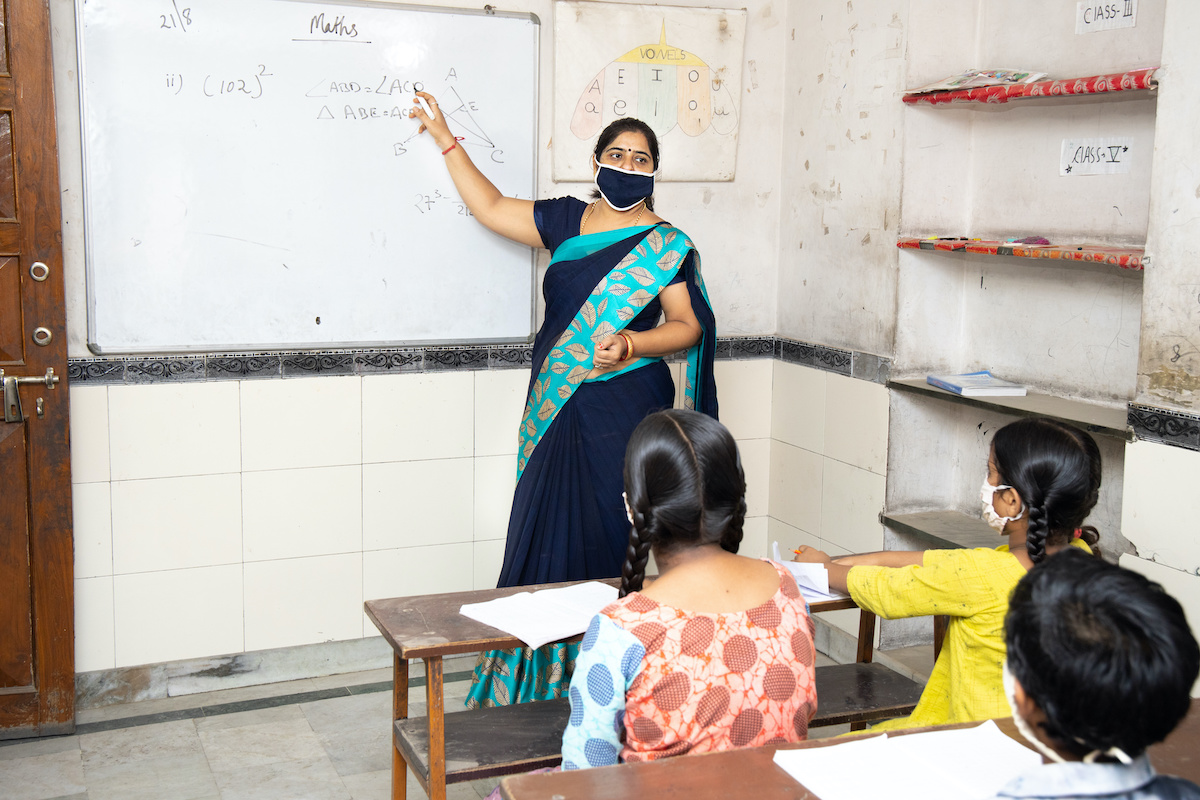 Following disruptions to in-person schooling in 2020, governments were forced into making radical changes to their assessment systems. National examinations (hereafter simply ‘exams’[1]) were postponed, modified or cancelled across countries. Some changes passed without comment, others prompted strong reactions.

Public exams were getting the attention that they deserve. Parents, pupils, and pundits alike argued over whether it’s fair to sit children before standardised exams, if they’ve had unequal opportunities to prepare. Proponents of exam reform called for an assessment overhaul, albeit with little success. Three years on, with few exceptions, exam systems have returned to business-as-usual.

Nevertheless, business-as-usual was already changing, and the pandemic  increased calls for data on students’ skills. Demand for data on foundational skills had started to rise following the introduction of the Sustainable Development Goals in 2015 and was boosted by a need for a direct measure of skills to guide catch-up support after school closures during the pandemic. Yet the experience of the past three years has shown how fragmented our knowledge of exam systems is.

Very little is documented about where exams take place or how results are used. In principle, exams provide the leading measure of student skills in most education systems. At the same time they act as bottlenecks that prevent many children from going to school altogether. But they’re understudied relative to the important roles they play for policymakers and in the lives of students. Exam data are closely guarded and there is very little research from lower-income countries on how exams influence educational or economic outcomes.

Our new database on public examinations begins to fill this gap. It brings together information from disparate national sources to show which countries in Africa and South Asia hold exams at primary and lower secondary levels, and the purposes of these tests. Looking back over the past 15 years for each country, we can report where and how things have changed, pointing to useful policy lessons, potential reform mechanisms, and opportunities for future research.

This note, and our database, introduce information which is essential to the debate around examination reform in low- and middle-income countries. First, we summarise some of the conceptual reasons to study exam systems, and the best empirical evidence on how exams impact outcomes. And second, we introduce the new database and highlight a few things that it covers.

Part 1. In lower-income countries, exams act as bottlenecks that prevent many children from going to school altogether

Global debates around high-stakes exams hinge on two main conceptual ideas, summarised in Table 1. Most of the evidence for these claims comes from richer nations, particularly the USA, where schooling is universal and the questions relate to who gets to go to the best school or who can access university. While these ideas are relevant elsewhere, the ways that they play out can be quite different.

In several lower-income countries, exams act as artificial bottlenecks that prevent many children from going to secondary school altogether. On this margin, tremendous scope exists to improve school attainment and outcomes “simply” by removing an exam. Ozier (2018) supports this supposition in Kenya, finding large improvements in skills, employment and fertility outcomes for marginal students who gain access to secondary school. But there’s no reason this would hold true everywhere. In Cambodia, for instance, students induced to attend secondary school by a scholarship did acquire more schooling but learned no more in the process (Filmer and Schady, 2014)[2]. And as large numbers of people receive additional education we might see a change in how future earnings are impacted by increased access to school. The best evidence from primary school expansions indicates substantial benefits even after market adjustments (Khanna, 2022), but that might not be the case for a secondary school expansion or in labour markets with greater information or mobility barriers (Lam and Elsayed, 2021). The potential is vast but evidence is extremely limited.

If we are going to reach the global goals in lower-income countries, then we need to understand the role that exams can play in helping us to get there. To inform this policy discussion we need to know how enrolment responds—and for whom—when a Grade 6 exam is removed? How does that depend on fees charged at secondary school, or on school proximity where supply is severely rationed? How do exams influence the uptake of pedagogy programs in classrooms, which may have conflicting learning goals? And if you let underprepared students into weak secondary schools, do they graduate, do they learn, and do they have improved outcomes as adults? These are all just angles on the main conceptual ideas of effectiveness and inequality, but with particular relevance to lower-income countries.

It is not a blank canvas, indeed we have prioritised citations from lower-income countries above (and we link empirical studies for each country in the database). But despite several cases of reform in the last two decades, exams are understudied relative to their importance for educational development. One step to encouraging more research and policy debate is to do the legwork to make it easier for those interested in exams to investigate.

We have assembled an open-access database on school examinations covering 63 countries[3] in Africa and South Asia. These regions are selected because (i) the countries in these regions still hold primary leaving exams at high rates (Furuta, 2021) and (ii) many countries in these regions have seen large recent increases in primary school completion but have the highest rates of out-of-school-children at lower-secondary levels (UNESCO, 2019).

Figure 1. Exams are common at the end of primary school, particularly in Sub-Saharan Africa, and (almost) ubiquitous at the lower-secondary level 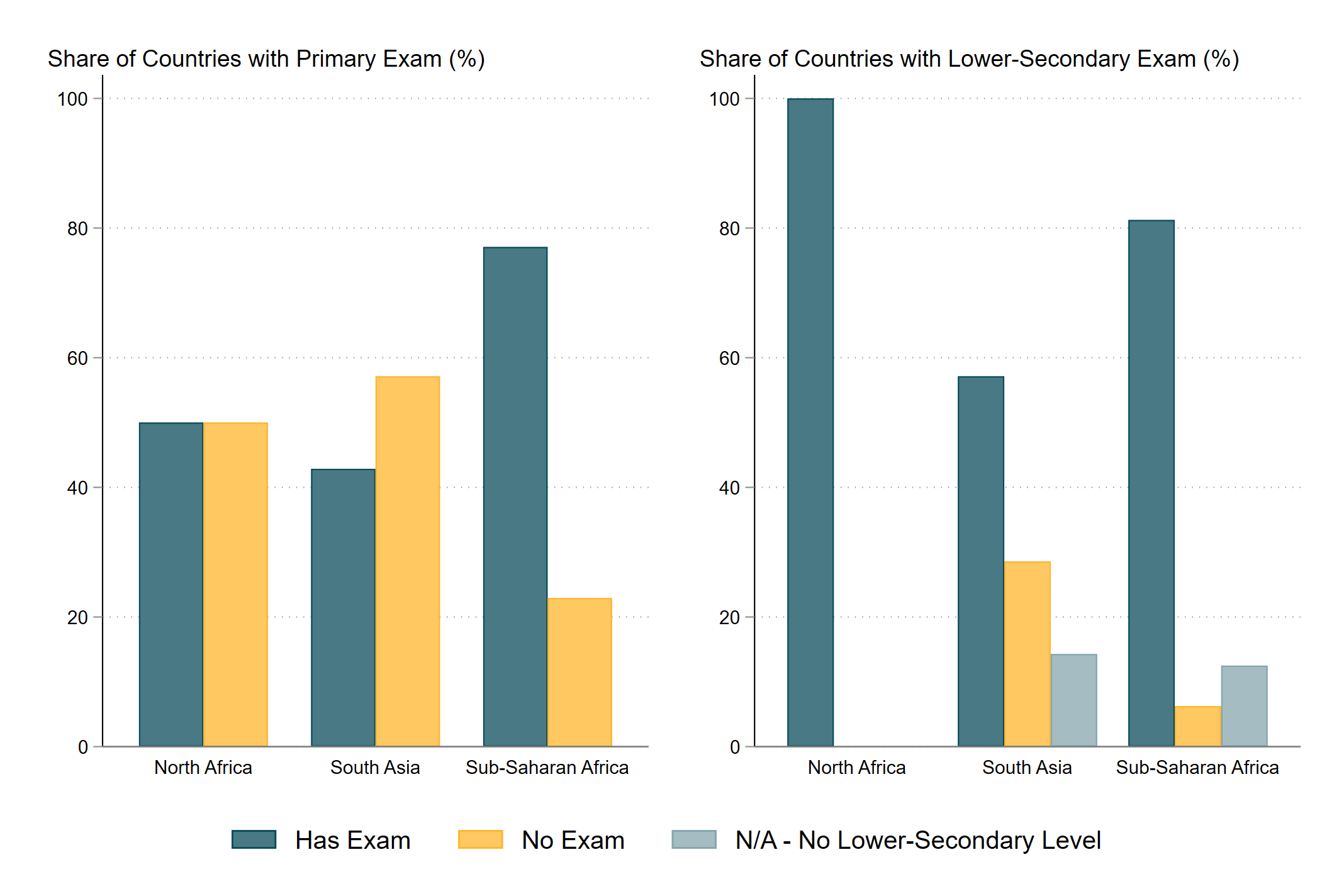 Source: Center for Global Development: Access the data here
Note: Afghanistan and Western Sahara are omitted from these summary statistics as we do not have reliable data on exam status.

The main purpose of the database is to improve descriptive, cross-country analysis of exams. Of the 63 countries in the database, 42 currently hold primary school leaving exams. Some children face their first exam very early, sitting the test after only four or five years of school (in eight countries). More often (in 20 countries) the exam comes at the end of Grade 6.

Among those countries that do not have an exam at the end of primary school, we can identify several that have moved away from exams over the past 15 years. Perhaps surprisingly, these have not been the most developed countries, making the shift as supply constraints in secondary schools ease. Standalone exam removal has little precedent in our database. Exam reform has tended to come alongside a restructuring or reorientation of the education system—as has been true for a group of low-income countries pushing to find new ways of delivering a Universal Basic Education.

Figure 2. A modest pace of exam reform, with most action in low-income countries 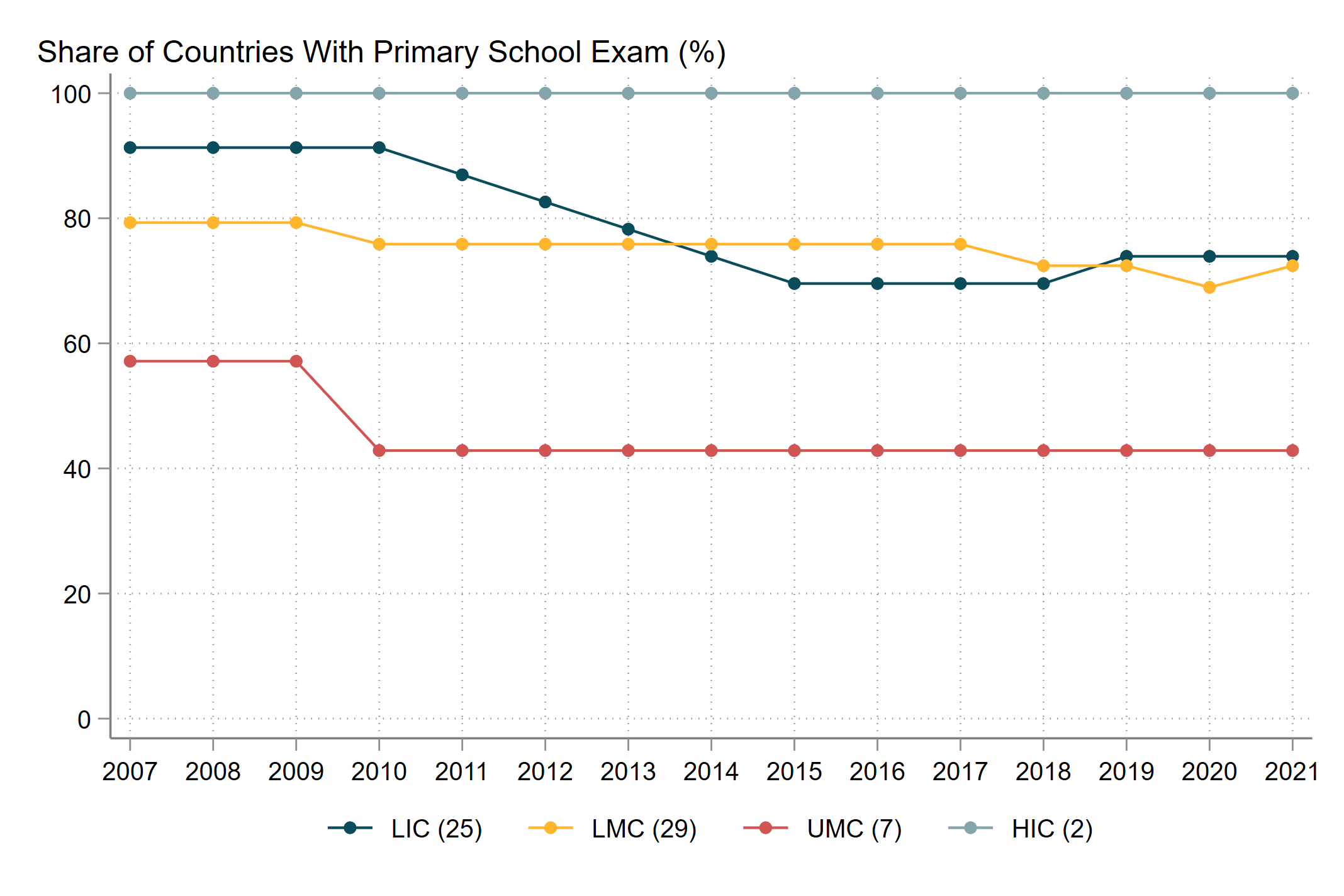 Source: Center for Global Development: Access the data here
Note: Shown for current World Bank country income groups. Afghanistan and Western Sahara are omitted from these summary statistics as we do not have reliable data on exam status. Seychelles (a high-income country) enters the series in 2016.

Pass rates vary widely, dipping as low as 18 percent (!) in Guinea. A cluster of countries has pass rates around 80 percent, which sounds high, but still means that 1 in every 5 children that reaches the test is excluded from the opportunities that passing the exam confers. In most cases (33 countries), exams are used to select who can access the next stage of schooling—i.e. a binary “In” or “Out” judgement. In a handful of cases, this extends to both “selection” and “tracking”—i.e. determining who gets into any school, and then determining who gets to go to the best schools, often as part of a centralised selection process[4].

At the other extreme, a few countries continue to hold exams with 100 percent (or very close to 100 percent) pass rates. On the face of it, an exam with 100 percent of candidates passing may seem redundant. Yet in these cases, exams still can provide helpful diagnostic information and results are used to filter children between school types, with the highest performers allocated to a small set of the country’s elite schools.

The database is online and open-access. We include more than is covered in this note, for example longitudinal data on primary exam status for the past 15 years and, for the most recent sitting of each exam, the number of candidates that sat and passed. Additional pieces of information include one or more sources for each country, notes and metadata to help with ease of use, and links to country-specific research papers on exams where these exist.

We are eager to hear from users. In case you have newer or better information on exam status please reach out. And please feel free to contact us to direct our thinking about new information to include. We could go deeper, e.g. with more information about the content of the tests, the way that exams are administered, and so on. We could go wider, to include upper secondary exams, or exam systems in South America, the Middle East or other world regions. And we could go longer, by adding a historical perspective on lower-secondary exams, or going further back in time for primary exams.

[1] The language used around examinations is often confusing. Are the tests ‘internal’ or ‘external’, who sets the tests, are items curriculum-linked, what are the ‘stakes’ involved, and so on. In this note, and in our database, we use the term ‘exam’ to mean: A school leaving test that is mandatory for all students, developed and administered by a central authority, includes curriculum-based test questions covering core subjects such as Maths and a national language. Whether the exam is ‘high-stakes’ depends on how the results are used. It may have ‘stakes’ for schools if results are used for accountability. It may have ‘stakes’ for students if results are used to filter candidates into the next level or into a certain school type, for example. We indicate these uses in the database.

[2] A related paper from Ghana, Duflo, Dupas and Kremer (2021), uses scholarships to identify the impacts of attending secondary school on several outcomes. But in this case, scholarship-eligible students had already passed the exam and qualified to enter secondary school.

[3] We include each province of Pakistan separately, so there are 67 observations in the dataset, but where we summarise statistics we collapse this to one country. For India we do not include information for each state, instead showing a summary for the country based on National Education Policies and Acts. 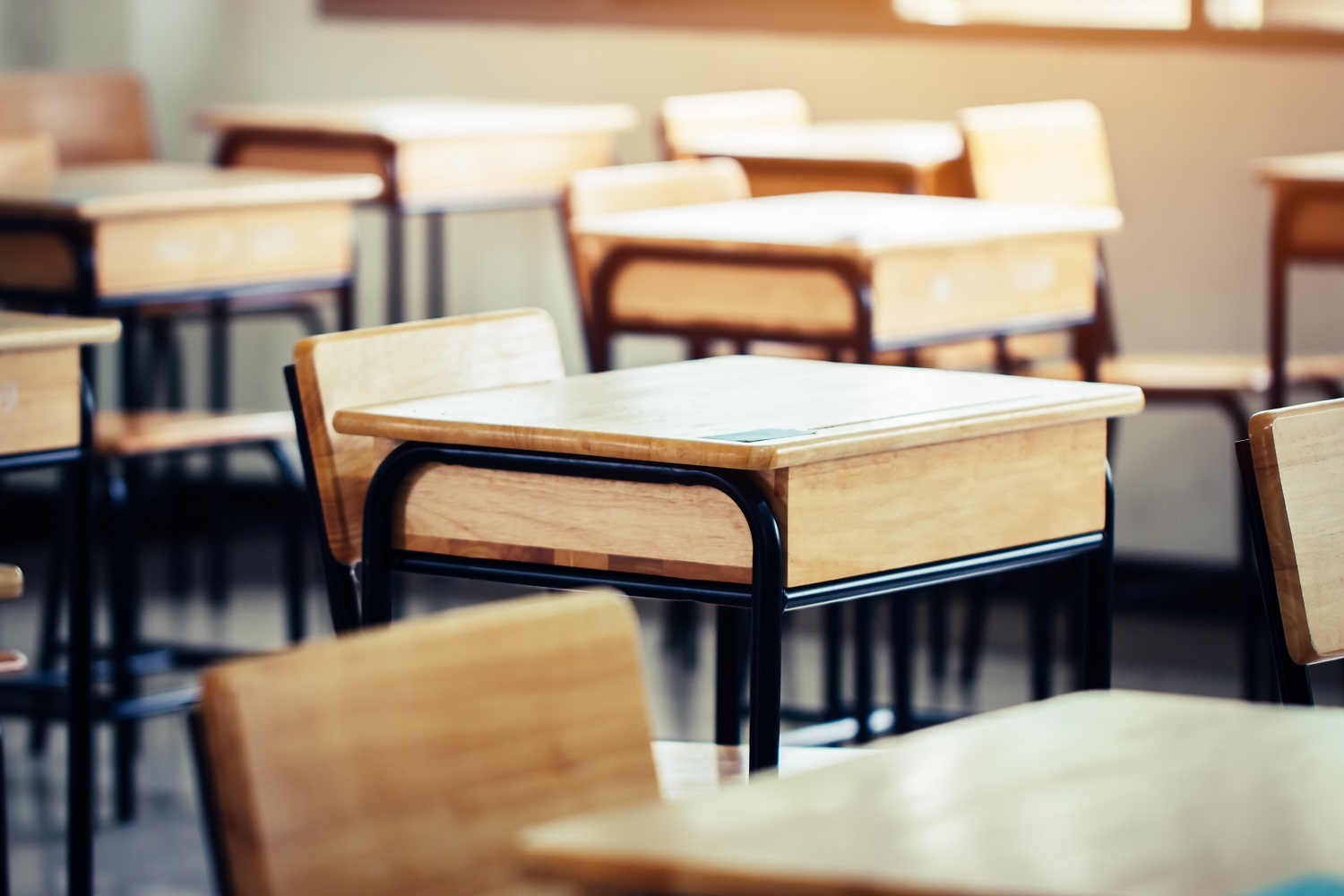