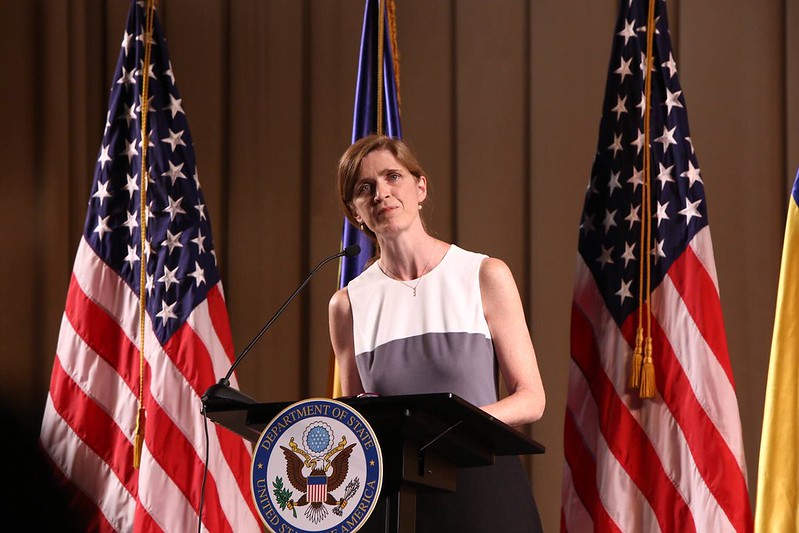 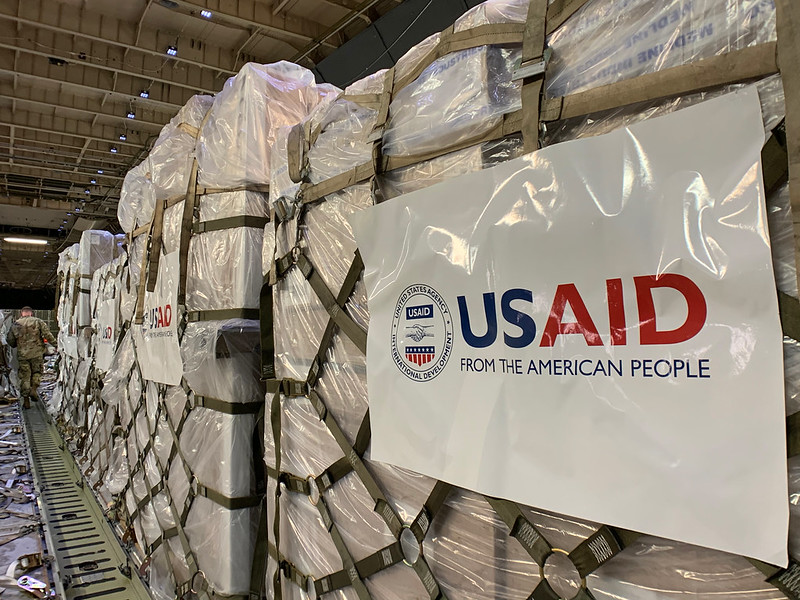 USAID recently released a draft Local Capacity Development (LCD) Policy. While USAID routinely invests in interventions designed to strengthen local capacity, this is the first time the agency has attempted to articulate principles that will govern its approach and propose, in broad terms, the steps needed to implement them.

Here, we reflect on USAID’s draft LCD policy, highlighting its strengths and the changes we’d like to see reflected in the final draft. And while acknowledging the road ahead won’t be an easy one, we offer our recommendations for translating the policy into practice.

With the new LCD policy, USAID has taken a major step forward, proposing to codify efforts to challenge traditional top-down power dynamics in international development. While individual USAID senior leaders and staff have often grappled with the need to shift power—recognizing that it is local actors that should drive development priorities and define what it means to succeed—that perspective hasn’t necessarily been on display in official policy.

Also welcome is the shift in thinking around the type of capacity—and the purpose of capacity—that USAID should seek to support. A lot of the agency’s past (and current) efforts to advance local ownership have focused—to varying degrees—on direct partnerships with local organizations. Capacity building has been integral to these efforts, but it has often centered around building the capacity of local actors to comply with USAID’s requirements to receive funding. The draft LCD policy expands the concept of capacity to center local organizations’ own aspirations, plans, and strategies; USAID’s envisioned role is to enable these organizations to deliver the development outcomes that they have identified as priorities.

Tailoring support to match local priorities requires flexibility in approach. By focusing on high-level principles—and acknowledging that each local actor will have unique needs and priorities—the draft policy aims to provide that flexibility.

Changes we hope to see in the final policy

First, the agency will need to clarify the actors expected to drive forward the principles outlined in the policy. Assertions about what “USAID” or “we” will do lack specificity about who bears responsibility. While the details will fall to implementation guidance, there is scope for the policy itself to talk more about the expectations of different actors within the aid system. For example, when discussing the importance of building trust, examining biases, and mapping local systems, it would be helpful for the policy to flag the extent to which USAID/Washington, USAID mission staff, implementing partners, and local actors each will be expected to undertake these steps.

The draft policy acknowledges the wide range of local actors USAID could engage in capacity strengthening. But the policy could do more to distinguish among different types of local actors and note any special considerations. For instance, the policy should specifically reference roles for “local” organizations working most closely with the communities they serve and confirm USAID’s commitment to working not only with domestic (often capital city-based) elites. In a similar vein, the discussion of the role for government-to-government (G2G) partnerships was largely left out of the policy, with the notable exception of a call-out box describing the agency’s work with the Government of Senegal. It will be important for the agency to lay out the role envisioned for central and subnational governments, as this agenda moves forward.

Second, the language of “capacity development” should be reconsidered to better align with USAID’s new substantive vision. Rather than proposing that USAID develop the capacity of local organizations, the policy could employ terms such as strengthen or support capacity, acknowledging the agency of local institutions and that significant local capacity—as the policy recognizes—often already exists.

And finally, we hope that USAID will publish the final policy in multiple languages and disseminate it through channels likely to be accessed by those with whom it doesn’t currently work. The policy talks a lot about “mutual accountability.” An important initial step toward this goal will be ensuring that USAID’s new commitments to improve how it approaches local capacity strengthening are accessible to current and prospective local partners—who can then hold the agency to account for following through on them.

The new draft recognizes that a policy is only as good as its implementation, outlining key steps to help translate principles into practice. We expect the agency will face a number of challenges bringing the LCD policy vision to life. These might include:

Low prioritization: USAID is asking missions to create their own targets for strengthening local capacity. This is a smart approach. Centrally-imposed targets can be oblivious to context and create perverse incentives to focus on hitting the target at the risk of missing the point. On the other hand, directives from Washington have a role in motivating staff to pursue goals they otherwise might not, especially when juxtaposed against other priorities that do have hard targets. Without other incentives to devote time and effort to capacity strengthening (including dedicated resources), implementing the new LCD policy risks falling down the list of priorities for over-stretched mission staff.

Entrenched risk aversion by USAID staff: Decades of a "compliance-first” mentality have ingrained risk aversion in agency staff and implementing partners alike. While acknowledging USAID’s need to use taxpayer dollars responsibly, implementers will need to be given the greenlight to take risks and work with organizations that might not meet traditional partnering standards. The LCD policy nods to the importance of taking a holistic approach to risk assessment—with programmatic goals weighed alongside any financial or management risk—but a “culture of compliance” will not change overnight. Here again, support from USAID leadership will be needed to encourage appropriate risk-taking and convey that failure, on occasion, is acceptable.

USAID’s own bandwidth limitations: Research conducted by RTI found that USAID’s push to build capacity under an Obama-era plan to drive greater local partnership, known as Local Solutions, contributed to unmanageable workloads. With an increase in the number of direct awards to manage and new partners’ heightened need for guidance, mission staff sometimes ran up against limited bandwidth. To the extent that the new LCD policy is pursued in part through more direct awards (as the policy indicates), staff may continue to struggle with time constraints. Furthermore, the draft policy is also clear that successful capacity strengthening will hinge upon thoughtful systems approaches, interrogation of power dynamics, examination of biases, and political economy analyses. It’s not clear, however, how well equipped USAID is to ensure this is done well. USAID’s own guidance on political economy analysis acknowledges that building the culture of “thinking and working politically” is a work in progress. Analysis of the US government’s work in fragile states seems to confirm this, noting limited investment in the kind of regular, iterative analysis that’s needed to understand local systems.

Reluctance by some traditional implementing partners: Though there are signs that receptivity to this agenda has grown within the development community, on Capitol Hill, and even among many implementing partners, there are still likely to be hold-outs among US-based NGOs and firms who may be reluctant to embrace efforts that would strengthen their potential competitors for future funding.

Inflexible funding: The policy recognizes that local organizations, in order to receive funding, often align their activities with donor priorities. It goes on to note that this orientation undermines the capacity of local actors to set and pursue their own priorities. Through the LCD policy, USAID hopes to break out of the donor-driven model and facilitate local organizations’ own goals. While this is commendable, it doesn’t fully grapple with the potential for supply side constraints. Take, for instance, USAID-managed PEPFAR programs. Many of these activities center around capacity strengthening for HIV prevention, care, and treatment. But PEPFAR also comes with reporting requirements, ensuring that capacities are oriented toward standard PEPFAR indicators. These metrics likely represent shared goals but perhaps only partially so. Ultimately, the vast majority of mission funding is non-discretionary, leaving little room to finance priorities that fall outside of parameters set by congressional spending directives and administration-led initiatives.

Challenges demonstrating success: USAID requires missions to report progress on an indicator that aims to measure the extent to which US-funded capacity development efforts have led to improved performance in organizations receiving capacity development support. But the indicator, as defined, doesn’t necessarily capture the outcomes of an organization’s performance improvement. Outcomes can be harder to capture, especially since the signs and benefits of stronger capacity tend to manifest on a longer timeframe than the capacity strengthening intervention. Furthermore, since some capacity strengthening investments are relatively smaller programs, they may not be prioritized for evaluation or follow-up after completion. This leaves open the question of how USAID will incentivize missions to go beyond standard reporting and deepen collective understanding of how organizations’ capacity to advance development outcomes can be strengthened in a way that centers local perspectives.

As USAID finalizes its LCD policy and begins to translate the high-level principles into concrete guidance for missions, staff and partner organizations, we hope it will keep the following recommendations in mind.

We look forward to seeing how USAID finalizes the policy based on the feedback it has collected, transitions into the implementation phase of supporting local capacity, and how these efforts will fit into the agency’s broader, ambitious localization agenda.

The authors thank Christy Beauchemin and Jocilyn Estes for their contributions.