2015 Was a Turning Point Year for Climate Action

2015 marked a historic turning point for action on climate change. The year began with high expectations—see my “12 Reasons for Climate Optimism” from last year at this season. And it closed with those expectations exceeded in Paris, where 200 governments agreed to ramp down greenhouse gas emissions to near-zero by the second half of the century. In the words of United Nations Secretary-General Ban Ki-Moon, “what was once unthinkable has now become unstoppable.”

Here are twelve stories from every month of 2015 that show how fast and how far the tide has turned on climate. 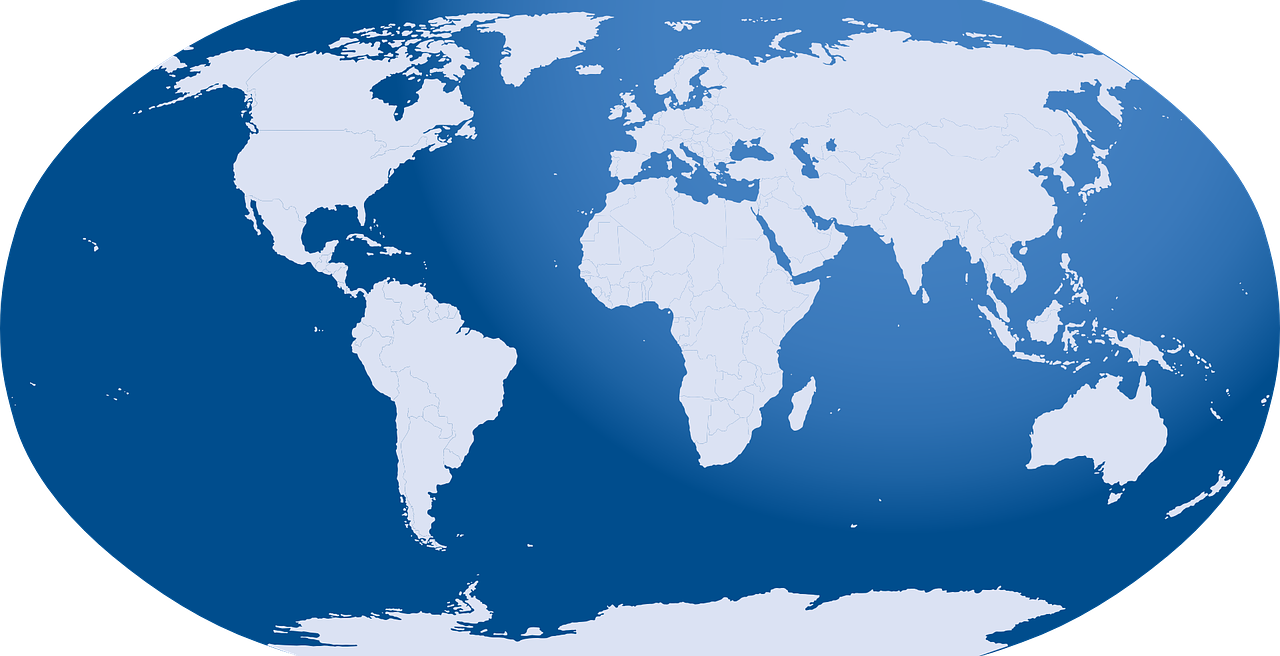 January: Climate Leadership in a Dry State. With California facing historic drought and record-low levels of water and snow, Governor Jerry Brown declared a state of emergency on January 17. The governor’s executive leadership didn’t stop there. In April he issued an executive order for California to cut its emissions 40 percent below 1990 levels by 2030, and in October he signed a bill mandating that the state obtain half its electricity from renewable sources by 2030. California’s climate actions won’t stop at its own borders; in October California’s Air Resources Board set the ball rolling on financing further emission reductions from tropical forests. If the history of American environmental legislation repeats itself, the standards set by California may soon be followed by other states and provinces.

February: India’s Big Climate Move. One of the largest and most innovative stories in climate finance happened in February when India’s 14th Finance Commission reformed the tax revenue distribution system to allocate US$6 billion a year to states on the basis of how much forest area they maintain. With a stroke of the pen India created the world’s largest results-based finance system for forest conservation. By May India would be gripped by a pavement-melting heatwave that left hundreds dead. Seeing the domestic costs of climate change, India committed in its climate pledge in October to growing renewable energy to 40% of electricity production by 2030, even while pushing ahead with coal. In the same climate pledge India also announced a plan to reforest an area the size of New Zealand, backed partly by the incentives created by its tax revenue reform.

March: China Under the Dome. For one week in March China was rocked by Under the Dome, a powerful documentary film about air pollution by investigative journalist Chai Jing. The video went viral, viewed online by 200 million people before it was ordered down by government censors. But the genie can’t be put back in the bottle. Air pollution concerns are driving China’s coal use into decline, with the last four coal-fired power station in Beijing scheduled to close in 2016. And not a moment too soon—in December Beijing issued its first-ever red alert for severe air pollution. Switching from coal to imported natural gas from Russia, a critical public health move, will have big benefits for climate as well.

April: King Coal Dethroned in the UK. On April 14 Bloomberg Business reported that for the first time renewable energy surpassed fossil fuels in new worldwide electricity generating capacity, with projections that renewables’ lead will widen as their costs continue to fall. Perhaps nowhere symbolizes this trend better than the United Kingdom, once the coal-powered cradle of the industrial revolution. A flight from coal in the UK has contributed to an 8% year-on-year drop in emissions even while the economy grew its fastest rate since 2007. Britain’s last coal mine closed in December. The coup de grâce came in November when Energy Secretary Amber announced a plan to move the UK off of coal power entirely by 2025.

May: Changing Climate in Canada. The frozen north isn’t as frozen as it used to be. Arctic sea ice has retreated so much that National Geographic has had to redraw its maps of the region. The political climate has changed rapidly too. On May 5, voters in the oil-rich Canadian state of Alberta tossed out the Progressive Conservatives after 44 years in power, electing by a landslide the New Democratic Party with a pro-climate platform. Six months later the new state government announced a sweeping climate plan, featuring a carbon tax and a direct rebate of billions of dollars to Alberta citizens. Canada was filled with other good climate news in 2015: Québec, Ontario, and Manitoba all agreed to create and link carbon markets, with each other and with California. British Columbia’s revenue-neutral carbon tax inspired a ballot measure for a similar policy in Washington State. And in October Justin Trudeau’s Liberal Party swept national elections, promising a return to climate leadership on the international stage. Shortly thereafter President Obama denied a permit for the Keystone XL pipeline to carry oil from Alberta’s tar sands.

June: Laudato Si, Our Common Home. The turning point moment within the turning point year took place on Jun 18, when Pope Francis’ Vatican released Laudato Si. In the 184-page encyclical, the Pope exhorted readers “to hear both the cry of the Earth and the cry of the poor,” and to replace the use of fossil fuels without delay. The Pope has inspired Catholics and non-Catholics alike with his moral leadership on climate change; researchers have attributed a shift in American public sentiment on climate change to the Pope’s teachings. In September the Pope reiterated his climate message in a victory lap through the United States ahead of the launch of the Sustainable Development Goals, which prominently include a goal on climate.

July: Climate in the Courtroom. On July 20 the New Zealand Supreme Court rejected the petition of Ioane Teitota, a husband and father of three from the Pacific Islands nation of Kiribati, to become the world’s first climate refugee. With rising sea levels threatening to inundate Kiribati and neighboring islands, this may be the first such lawsuit, but it won’t be the last. Elsewhere climate fared better in the courtroom. In June a Dutch Court ruled that the Netherlands government must accelerate its actions to prevent climate change in response to a lawsuit brought by hundreds of citizens, including children. Pakistan followed suit in October when its High Court of Justice ordered the government to uphold its national climate policy. In November in Washington State a judge ruled that children had standing to sue the state to act on climate change, though she found that the state government was already doing so. And in New York the Attorney General launched an investigation into whether Exxon misled the public and its investors about climate change, in a closely watched development with echoes of the landmark tobacco settlement two decades ago.

August: Barack Obama’s Climate Legacy. August 3 marked the release of the Clean Power Plan, which would reduce carbon dioxide pollution from power plants in the United States by one-third by 2030. It would providing flexibility to states on how to meet carbon standards, including through trading. The Clean Power Plan was just one piece of President Obama’s executive leadership on climate in 2015, which also included a pledge to reduce greenhouse gas emissions by 26-28% by 2025, and high-level diplomacy with Presidents Xi, Modi, Rouseff, and Widodo. President Obama’s personal attention to ensuring a global climate agreement in Paris will be a crown jewel in his legacy. Still, there’s only so much Obama can do in the face of congressional intransigence. The Administration’s commitment of US$3 billion to the Green Climate Fund has faced hurdles in Congress, leaving prospects of continued American financial support for conserving rainforests uncertain.

September: Brazil’s Flying Rivers Run Dry. September 3 brought worrying news from Brazil when independent satellite data from Global Forest Watch showed that deforestation in the Amazon had ticked upward by 16% in the last year (this finding was corroborated nearly exactly by official data two months later). Brazil succeeded in reducing deforestation by almost 80% between 2004 and 2012, while increasing soy and cattle production, but gains appeared to have stalled since then. Continuing deforestation is blamed for contributing in part to Brazil’s record breaking drought, as deforestation and fires disrupt the “flying rivers” that convey rain from the Amazon to the Brazilian breadbasket. Still, Brazil’s achievements add up to more emission reductions than any other country, which helped it put forward a climate pledge that is ambitious by any standard—reduce emissions by 37% below 2005 levels by 2025, end illegal deforestation by 2030, and reforest an area the size of Nicaragua.

October: South Africa Inspires on Climate. October 1 brought a raft of national climate pledges from developing countries. One of the most inspiring came from South Africa, which pledged to bring its emissions to peak before 2025 and a decline a decade later. They will do so by introducing Africa’s first carbon tax, potentially including offsets for reforestation. Even in South Africa, where the needs for energy are pressing, citizens state that they prefer developing renewables to expanding production of fossil fuels. South Africa’s greatest contribution to climate in 2015 may have been not in the realm of policy, but of culture. When the French hosts of the December climate summit needed to bring fractious ministers to agreement, they turned to a traditional Xhosa and Zulu conflict-resolution mechanism called the indaba. References to Nelson Mandela came early and often at the climate summit as well.

November: Indonesia on Fire. In spite of welcome progress around the world, Earth’s climate continues to smash new records. Carbon dioxide in the atmosphere passed 400 parts per million permanently this year; 2015 will almost certainly be the hottest year in recorded history. To top it off 2015 was an El Niño year, delivering even hotter and drier conditions to the Western Pacific. Indonesia was at the heart of the inferno. Annual fires set deliberately to clear lands for agriculture turned into cataclysmic forest fires, causing a public health emergency affecting the lungs of millions. A meeting between Jokowi and Obama on Indonesia’s fires yielded disappointing results, as described by my colleague Frances Seymour. But new regulations prohibiting clearing of flammable peat lands offer reasons for hope, and in December the United States anted up $70 million for Indonesia’s forests. To incentivize forest protection efforts across the famously decentralized island nation, Indonesia could look to India’s tax revenue distribution reform (see February).

December: The World Unites for a Low-Carbon Future. The crowning achievement of 2015 came in December in Paris. In the face of atrocious attacks just two weeks earlier, nearly 150 heads of state attended the Paris climate summit in a show of solidarity and hope. By the end skillful French diplomacy succeeded where twenty previous conferences had failed. Two hundred governments put in writing that the future they want is low-carbon: energy without fossil fuels; agriculture without deforestation. There was a lot of other good stuff in the deal as well: a 1.5 °C target, a five-year cycle for reviewing and strengthening national pledges, carbon trading, and recognition of the critical role of tropical forests. Of course words on paper aren’t enough on their own ensure a safer, cooler climate. We’ll all have our work cut out for us in the years to come ensuring governments live up to and exceed their promises. But for now this New Year’s Eve we can all enjoy a delicious French champagne.

Truly 2015 marked a turning point year on climate. Happy holidays to all, and here’s to an even better 2016.