Up and Down the SIB Road: How Far Have We Come? | Center for Global Development | Ideas to Action Skip to main content

Up and Down the SIB Road: How Far Have We Come?

There is no denying that interest in Social Impact Bonds (SIBs) is steadily growing: with investments coming from big banks like Goldman Sachs and Bank of America Merrill Lynch and approximately 26 SIBs implemented in industrialized countries across the globe (see below for a more detailed listing), an evidence base is starting to accumulate on what works and what doesn’t. So far, the evidence on Social Impact Bonds – that they enable innovation and improve service delivery through better use of data – suggests that this approach has huge potential for improving international development programs.

CGD has been exploring through its work on Development Impact Bonds the ways in which the SIB model, first piloted in the UK, could be tested in developing countries and could create a better business model for the way programs operate.  While DIBs are a new concept – so far only one has been launched in June of this year with service provision to begin next year – the SIB market has been gradually growing since the launch of the first SIB in 2010. The evidence gathered over the next few years will determine whether SIBs can catapult to being a standard option for funding programs in the social sectors.

This was part of the discussion at a launch event hosted at Bank of America Merrill Lynch (BAML) in London on the 31st  of October, where BAML and Bridges Ventures presented their joint publication “Choosing Social Impact Bonds – A practitioner’s guide”. The report shares lessons learned during SIB implementation processes over the last four years. Although no SIBs have been completed and fully evaluated yet, clear emerging lessons arise from several pilots that can be applied to future SIBs and DIBs. We have discerned two key takeaways:

1) SIBs increase the scope for innovation in service delivery

A focus on outcomes and a flexible funding model are proving to trigger an increase in the scope for innovation. The BAML-Bridges Ventures report highlights two examples from the UK in particular: In Greater Manchester, the UK Department for Work and Pensions Innovation Fund has commissioned a SIB with the “Teens and Toddlers” program. Although Teens and Toddlers has already developed a track record for increasing self-esteem and tackling disengagement among youths by pairing teenagers with toddlers, its reach and impact expanded under the SIB, as Social Finance UK, the intermediary in this case, further discuss in this report of the SIB’s first year.

The Teens and Toddlers program initially involved working with teenagers for 18 weeks, through nursery placements and personal development group work to help them acquire a sense of direction, positive relationships and responsibility. For the SIB in particular, a second stage was added which applies skills teenagers have learned to school behavior and academic studies, and tracks teenagers’ progress through to their secondary school exams. In Stage 2, students set learning and behavioral goals and address issues that could impact their academic performance. The SIB provided sufficient room to establish and innovate the program to include specific educational outcomes; in addition, the flexible funding model allowed the provision of a sub-contractor who would tutor students in English and in Maths to guarantee the best outcomes.

The second example, in Essex, implemented by “Action for Children” together with Social Finance UK and Essex County Council, utilizes the Multi – Systemic Therapy (MST) intervention method. This method is applied to prevent children aged 11-17 in Essex who show anti-social or offending behavior from going into care by providing therapeutic support to them and their families, throughout weekends and overnight where necessary. The intervention focuses on positive behaviors and strengths of the young person and family to encourage long-lasting change. Like “Teens and Toddlers”, MST is an evidence-based program with a good track record and global footprint, but it had not been implemented on a wide scale in the UK. When the SIB was developed, Essex County Council was hesitant to fund a new and intensive program upfront while resources for children’s services were constrained. Under the SIB, investors provided the financing for a five and half year intervention program that aims to work with 380 young people, while Essex County agreed to only paying for successful results. The SIB also includes an “Evolution Fund”, which is a discretionary fund that gives the NGO service provider the flexibility to incorporate new services into the program, if needed, to address individuals’ needs (see this report for more details about how the SIB is working).

The most important aspect of increased innovation under SIBs is therefore that local service providers are implementing changes themselves, but receiving flexible funding in order to be able to do so. This is also true in the case of DIBs. According to Robin Horn, Head of Education at the Children’s Investment Fund Foundation (CIFF), the outcome funder for the first DIB, “the local service provider has the main say and outcomes are not just based on the knowledge of funders.”

SIBs are also showing that better data management systems - implemented to ensure objective validations of outcomes - have led to an improvement in service delivery. David Robinson, chair of the One Service Social Impact Bond Advisory Group for the Peterborough SIB, explained that following the SIB model has planted an incentive structure for an improved dataset service. Typically, service providers or intermediaries who manage service providers develop improved data systems to track performance in a timely and accurate way. For example, during the course of the intervention period of the Peterborough SIB, it became clear that the cohort’s reoffending behavior greatly depended on unresolved mental health issues. This led to the implementation of mental health services, which were not a part of the original package of interventions. Effective use of data - or learning by measuring –proves to be at the heart of things.

Another recent example from the Center for Employment Opportunities (CEO), the service provider of the SIB to reduce recidivism in the State of New York, shows a similar development: data is collected regularly on an individual level and, as a result of weekly calls between CEO and parole officers who identify eligible individuals, a new forum for sharing data materialized and once again services were able to more quickly respond to peoples’ needs. The report highlights interviews with people directly involved who say that these improved systems and improved coordination have been transformative for the government and the service provider.

These key takeaways are a good reminder about why partners from various sectors came together to implement SIBs in the first place. As the BAML guide mentions, the cross-sector partnerships prove to be one of the most encouraging aspects of a SIB: they have created an on-going dialogue about the best way to tackle pressing socio-economic issues, with each partner doing what it does best.

The DIB market is younger, but lessons are beginning to emerge from early experiences in the development of DIBs too; a range of partners who have been involved will be taking stock at a conference in London on December 10th.

The fact that SIB partners are taking advantage of expanded space for innovation and improved data collection systems is a good reminder that we can improve development programs on these dimensions too, and one reason why we hope to see DIBs quickly implemented. 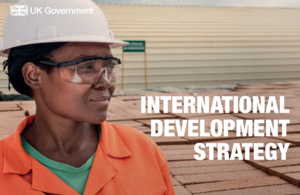