The Economic Impact of COVID-19 around the World: Remittances, Updated Growth and Poverty Projections, and the Reintroduction of Barter in Fiji | Center for Global Development | Ideas to Action Skip to main content

The Economic Impact of COVID-19 around the World: Remittances, Updated Growth and Poverty Projections, and the Reintroduction of Barter in Fiji 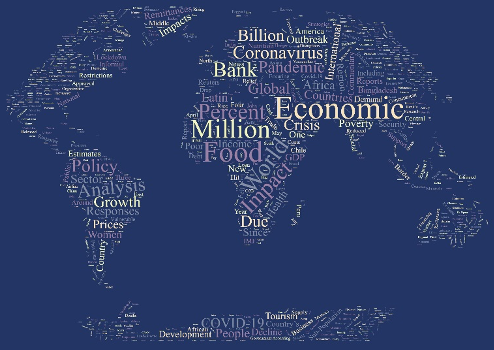 As we reach 4.79 million cases of coronavirus infection and more than 318,000 deaths around the world, low- and middle-income countries continue to wrestle with the economic fallout from the pandemic and the responses to it. Food supply disruption, rising poverty, and deteriorating industries remain top concerns, as countries consider “exit strategies” for reopening business and lifting lockdowns in a bid to avoid the worsening economic crisis.

Here is a roundup of the most recent analysis from Africa, Asia, the Middle East and North Africa, and Latin America and the Caribbean, divided into sections: growth and income analysis, sector and sub-population analysis, economic policy responses, and commentary.

Asia and the Pacific

Latin America and the Caribbean

The order of names on this post was, as usual, determined randomly.