Across much of the developing world one of the most stubbornly persistent signs of gender inequality is the low rate of land ownership among women. The situation is particularly dire in sub-Saharan Africa: estimates vary, but recent work by Cheryl Doss and her co-authors suggest that roughly 20-30 percent of landowners across the continent are women. These deep inequalities in land ownership appear to hold in urban Tanzania as well, where nearly 75 percent of all land is registered under a single male name.

Working Paper: The Price of Empowerment: Experimental Evidence on Land Titling in Tanzania 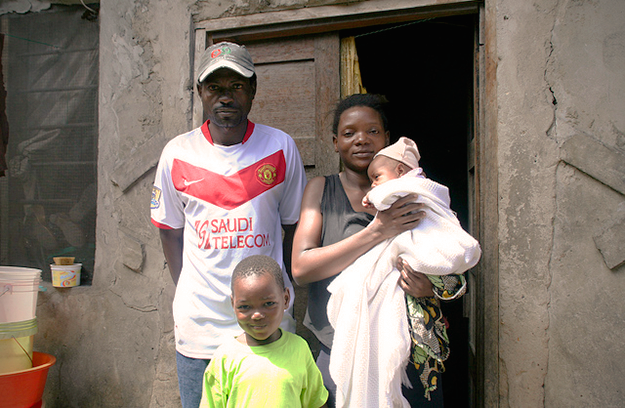 While gender equality in land ownership is an outcome we should care about in and of itself, it also has a whole range of potential knock-on benefits. Households where women have greater control over property tend to spend more on their children, including on education. Observational studies of contexts where women have been included on titles reveal that they are more involved in household decision making. While these studies may be picking up mere correlations rather than causal relationships, there is enough evidence that strengthening women's property rights is associated with better development outcomes to warrant a closer look.

Gender inequality rears its head in our research project

Rewind to a few years ago: a group of development economists were discussing randomization and research protocol for a land titling evaluation in Dar es Salaam — including Daniel Ali and Klaus Deininger of the World Bank, Stefan Dercon from Oxford, my colleague Justin Sandefur from CGD, and Andrew Zeitlin from Georgetown [1] -- when the conversation shifted to the issue of women's property rights.

We were preparing for the launch of the next phase of a study of the impact of formal land rights on people living in the slums. We had just finished randomly selecting groups of households to receive financial and administrative support towards obtaining a title for their land. Everything was set to proceed, but there was a nagging worry which diverted our conversation: whose names would actually be listed on the issued titles?

Earlier that day we had seen several land titles which had already been issued and the attached photos indicated that the owners were - much like our group of researchers - overwhelmingly male. Also, when we had previously surveyed local residents about who in the family would be included on a title, a woman was mentioned only one in three times (see the graph below). This created a new concern: if only men end up as owners on these titles, were we effectively locking women out of formal property ownership?

What the economists did next

What's the best way to get women included on a land title? We might have just made joint-titling a requirement for participation in the program and called it a day, but we were worried that this would deter some households from signing up. The NGO we were collaborating with on the project preferred to hold community meetings to stress the importance of having both spouses on a title, but this left us a little skeptical.

Being consummate economists, we decided to use price incentives to get the job done. We had already decided to use a lottery to distribute vouchers to households which subsidized the cost of obtaining a title between, so we added a simple tweak: some households got a regular "unconditional" vouchers (covering between 20-80 percent of the cost), but some received a voucher which could only be used if they included at least one woman as an owner of the land. We describe this experiment in more detail in our recent CGD Working Paper.

The results were pretty stark: for both households which received an unconditional subsidy and for those who received no subsidy at all, around 60 percent of households went on to sign up at least one woman as a co-owner. This itself was above and beyond our expectations, and vindication of our partner NGO's efforts to convince local residents that co-titling was a good idea. 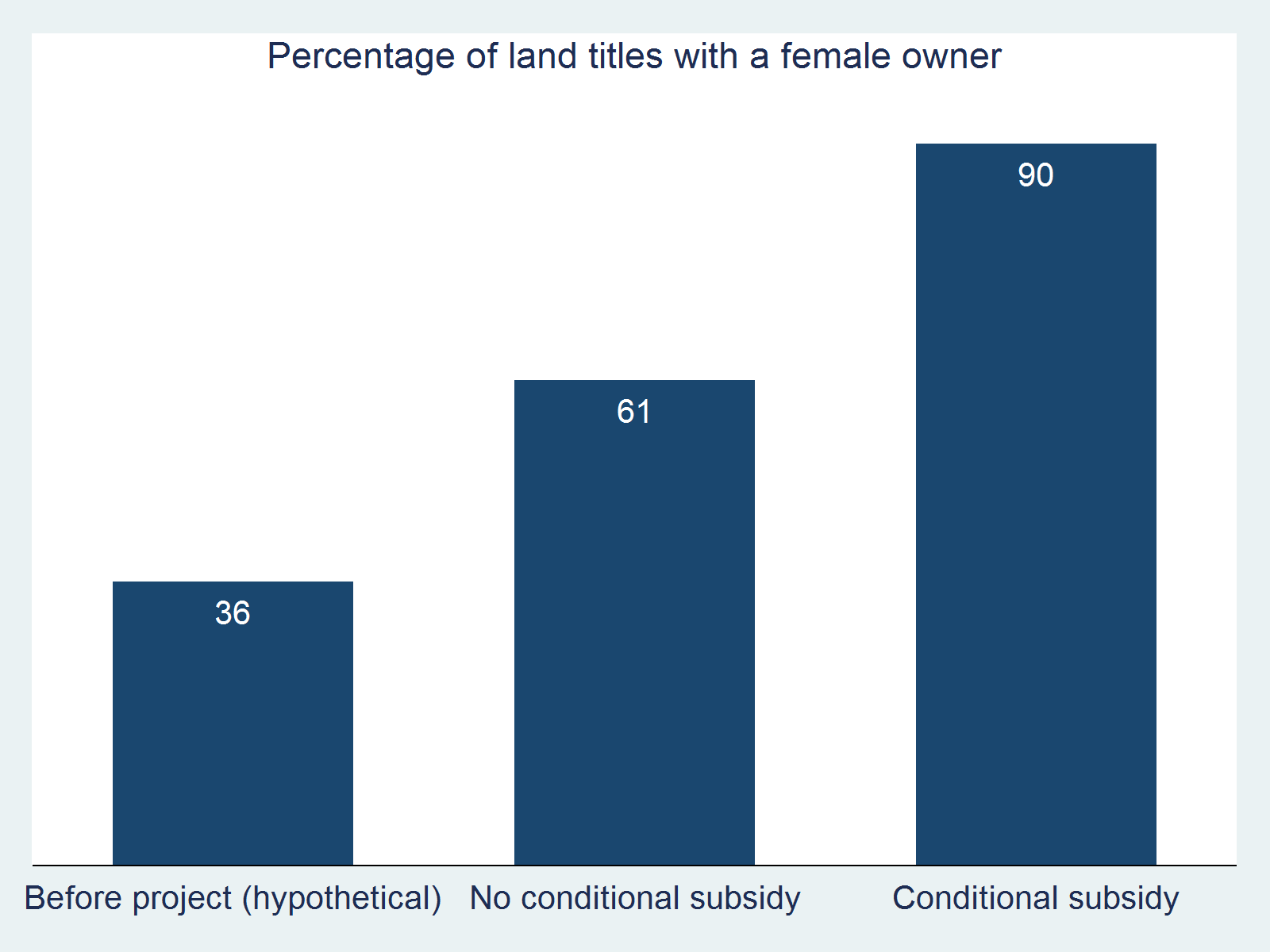 But households which received a subsidized voucher of any value were not only just as likely to sign up, but they were much more likely to include a woman on the title: at least 90 percent went on to do so. Because the value of the conditional subsidies wasn't any greater than the unconditional ones, making gender equity a requirement in the titling process appears to be a safe way to get women on titles.

Wait, wasn't that too easy?

While our experiment was a success from the perspective of getting households to sign women up as owners, it presents us with a new mystery: why was this so easy?

As we mentioned before, previous studies have found that women's land rights are correlated with large improvements in women's empowerment and development outcomes. But if increasing women's formal access to property really involves such a large shift of power from men to women, then why was it so easy for us to convince a group of predominately male-headed families to agree to it?

A cynical answer would be that we haven't changed anything, that a woman's name on a piece of paper does little for her actual empowerment. We won't really know the answer until we return to see if women who became formal land owners are faring any better than those who did not. Until then, the jury is out as to whether little behavioral nudges or policy tweaks aimed at improving gender equity in land ownership can make a meaningful impact.

Blog Post
Beyond the Money: How IFIs and MDBs Can Better Support...
Daouda Sembene