The French 2022 Presidential Elections Aren't About Global Development. Here’s Why They Should Be. 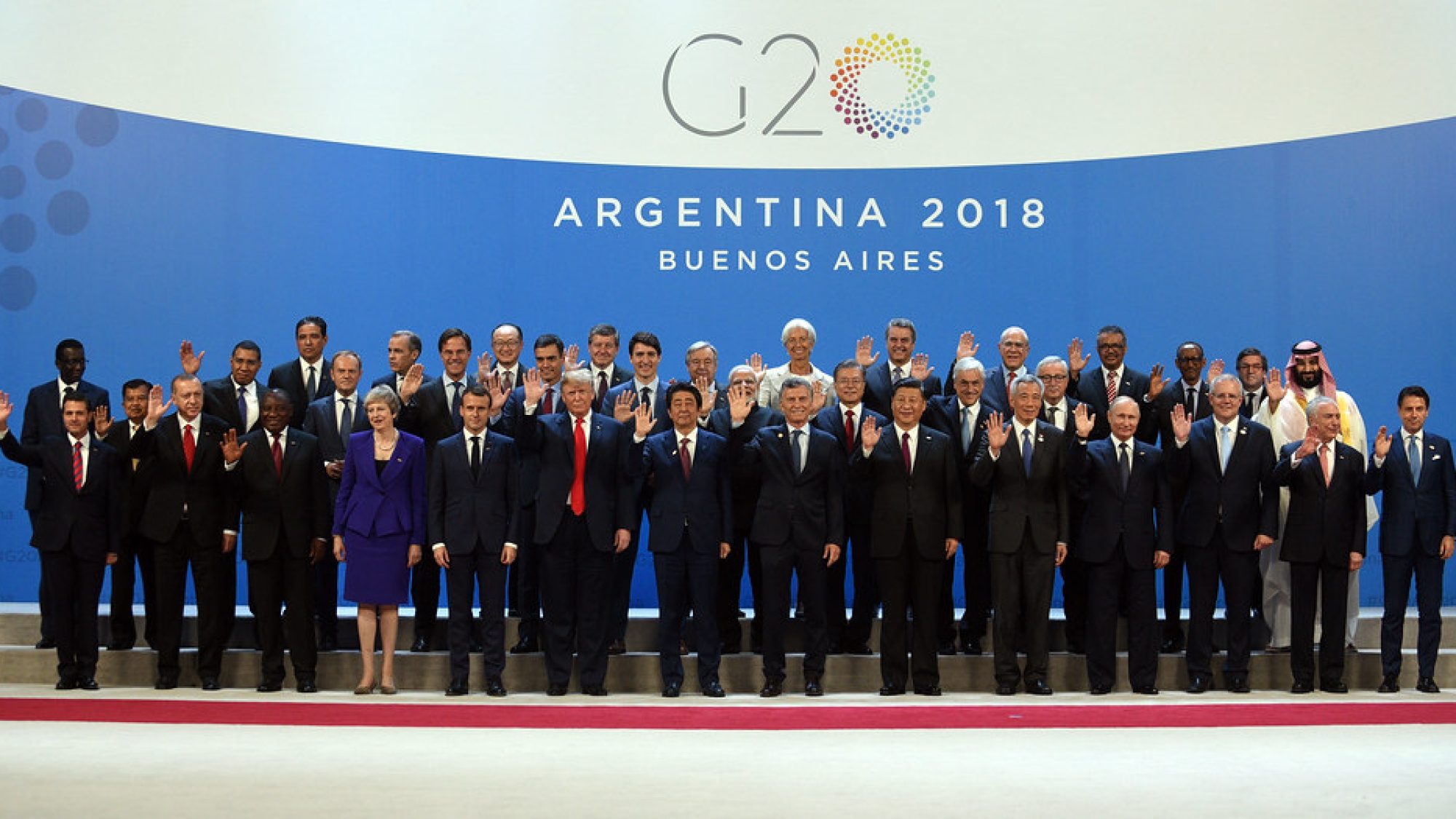 On the 10th and 24th of April, the French will elect a new president. In a campaign largely overshadowed by the invasion of Ukraine, President Emmanuel Macron is ahead in the polls and looks set to secure a second five-year term.

Despite a war raging on Europe’s borders which is having global repercussions, including severe hikes in food and energy prices and the fastest-growing refugee crisis since second world war, it is clear that the French elections are being fought on domestic issues. Recent polls have shown that purchasing power (the ability to buy goods – amid record-high inflation in Europe), social security, immigration, employment, and the environment remain top concerns for French voters. France’s role in the world trails at the bottom of the list of campaign issues. Development cooperation has been almost entirely absent in the campaign and in the political manifestos of the main candidates.

In this blog, we take stock of French development cooperation over the last five years as well as what is being proposed by the key candidates for the next five. While development is, by no means, a decisive factor in French politics, the outcome of the elections will have important implications for France’s role in the world and could risk derailing its current trajectory as a global development leader.

Early on in his term, Macron initiated a complete overhaul of French development cooperation. Following the parliamentary report on the modernisation of French Overseas Development Assistance (ODA) led by the République En March Member of Parliament (MP) Herve Berville, a new law was adopted on “Solidarity-Based Development and the Fight Against Global Inequalities.”

The law’s text lays out ambitious financial commitments and reforms of priorities, financial mechanisms, and evaluation methods, underlined by an ambitious commitment to increase French ODA as a share of GNI from 0.44% in 2017 to 0.55% in 2022, and to strive towards 0.7% by 2025. In response to repeated criticism for spending the majority of French ODA in middle income countries (MICs), the law stipulates that ODA should be concentrated on the 19 least developed countries (LDCs) – 18 African countries and Haiti – and focused on priority sectors such as climate, gender equality, health, education, food security, water, and human rights. In addition, the law establishes an evaluation commission for ODA under the authority of the French Court of Auditors.

Macron’s term has also been dominated by vociferous expressions of reshaping France’s relationship with the African continent. From his speech in Ouagadougou in 2017 to the summit on the financing of African economies hosted in Paris in 2021, Macron has put Africa at the centre of France’s international agenda, engaging in the debate on the restitution of stolen artefacts and playing a leading role in the preparation of the European Union-African Union summit in February 2022. As President of the Council of the European Union in the first semester of 2022, France also positioned itself as an avid member of Team Europe, the EU’s common approach to development cooperation.

Macron has also played a leading role in pushing the sustainability agenda through with a strong focus on climate and as the host of the Paris climate agreement in 2015. He also hosted the first Finance in Common Summit in 2020, bringing together public development banks to strengthen their partnership and reinforce their commitments in support of common actions for climate change and sustainable development. And finally, a new Fund for Innovation in Development has been recently created. The fund aims to provide seed funding to test new ideas, experiment, and demonstrate what works so that successful development interventions can be scaled up.

Development cooperation in the 2022 elections takes a backseat

Despite this impressive track record, Macron’s election manifesto does not contain a mere whisper on development cooperation. And his main opponent, far-right Marine Le Pen (National Rally), only mentions the creation of a francophone union to redefine France’s relationship with French-speaking African countries. Needless to say there is a huge gulf between Macron’s and Le Pen’s visions of France’s role on the international scene. While Macron is an internationalist and a staunch advocate of Europeanisation, with a tendency to put a European flag on French goals, Le Pen touts “economic nationalism” and “France-first” policies.

Interestingly, the other candidates are a tad more propositional on development cooperation. Former journalist and far-right candidate Éric Zemmour (Reconquête) has promised to cut ODA in half if elected and to make development cooperation conditional on repatriation of migrants. He has even threatened to introduce a ban on remittance payments if countries are unwilling to take back their migrants. Unsurprisingly, Marine Le Pen and Éric Zemmour have made their anti-immigration positions their main electoral issue. Le Pen wants to end immigration, eradicate Islamism, and save “France from globalisation.” Zemmour has also committed to zero immigration and much like Le Pen, warns of the threat of Muslim immigrants “replacing” the populations of European countries. His book on the supposed decline of France has been a bestseller.

Valérie Pécresse, the electoral candidate from the right-wing party Les Républicains, clearly sees ODA as tool to serve French economic interests for French companies in francophone African countries.  At the other end of the spectrum, Jean-Luc Mélenchon, from the far-left party, France Insoumise, is unwaveringly committed to achieving 0.7% of GNI on ODA but at the same time, insists that France should exit from multilateral organisations, such as NATO, the IMF, and the World Bank.

Yannick Jadot, from the green party, is the candidate with the most extensive programme on development cooperation. He wants to increase French ODA even further to reach 1% of GNI by 2030. Among other things, he has proposed a tax on financial transactions at the European level of which the proceeds would finance the French development budget. He has also suggested building a multiannual EU-AU partnership to support basic health systems in Africa and guaranteeing African representation at the UN Security Council. And he wants to build a coalition in the G20 and IMF to undertake a massive programme of debt cancellation and bring China into the fold.

The political fault lines between the different candidates are reflected in the division in French society on development aid. In a January 2022 poll, only a slight majority (55%) of respondents were in favour of increasing or maintaining the level of aid spending, while more than a quarter (27%) supported a decrease in spending – a marked rise from 18% in June 2021. Of course, these figures mask discrepancies related to age and level of education. Respondents between 18 and 34 years old as well as university graduates reveal much stronger support for an increase in aid spending.

The manifestos and the rhetoric of the far-right candidates in the elections send extremely worrying signals for the future of French development cooperation. There is no doubt that they would roll back the huge strides that have been taken by the Macron government to position France as a global development leader. The mainstream left and right-wing parties’ positions are not much better and would certainly downgrade France’s leadership on the international stage and France’s current commitment to multilateralism.

For Macron’s part, while he has built an impressive track record on development in the last five years, there is little indication of where he plans to take the agenda next. And yet, the challenges remain vast – from vaccinating the world against COVID-19 to dealing with climate shocks, from the looming food crisis to post-war reconstruction of Ukraine.

In the face of economic turmoil, France’s peers – the United Kingdom and Germany – are cutting their aid budgets. France’s new law on development cooperation has set it apart on a progressive path, and France is fast becoming the bastion of global development at a critical time. Reversing this progress would be detrimental not only to France’s global development leadership but to any future prospect of global solidarity.