Improving Ownership in US Foreign Assistance

For over a decade, donors and developing countries alike have embraced the notion that “country ownership” should be central to the way aid is designed and delivered. Ownership is widely considered critical for achieving and sustaining program results, building local capacity to help countries transition from aid, and strengthening the citizen-state compact by shifting accountability for results to the partner government.

Last week the US Development Policy Initiative (DPI) launched new research (plus a brief) that explores how two key US foreign assistance agencies—USAID and MCC—conceptualize country ownership and implement the principle in practice. The new paper, Implementing Ownership at USAID and MCC: A US Agency-Level Perspective, complements our earlier quantitative look at perceptions of US approaches to country ownership practices. The paper finds strong commitment to ownership by both MCC and USAID. It also identifies several challenges with implementing the principle, including balancing country priorities with other agency needs and weighing tradeoffs between ownership and programmatic/fiduciary risk.  We propose several recommendations for how the two agencies might build on their existing practices to focus on country ownership, as they do, generate a body of evidence around the results of ownership-oriented practices. 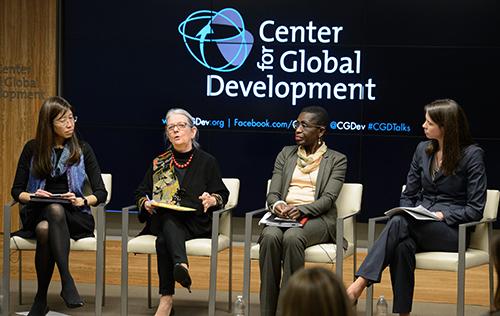 To amplify the discussion on country ownership, we convened a panel of high-level policymakers from inside and outside the US government to talk about their experience applying the principle, reflect on its importance, and discuss challenges and trade-offs. Much of the conversation echoed—and added to—the findings in the paper. Here are three key messages I heard from the expert panelists: