Why Digitalization and Digital Governance Are Key to Regional Integration in Africa
Adedeji Adeniran
and
Sone Osakwe
May 11, 2021 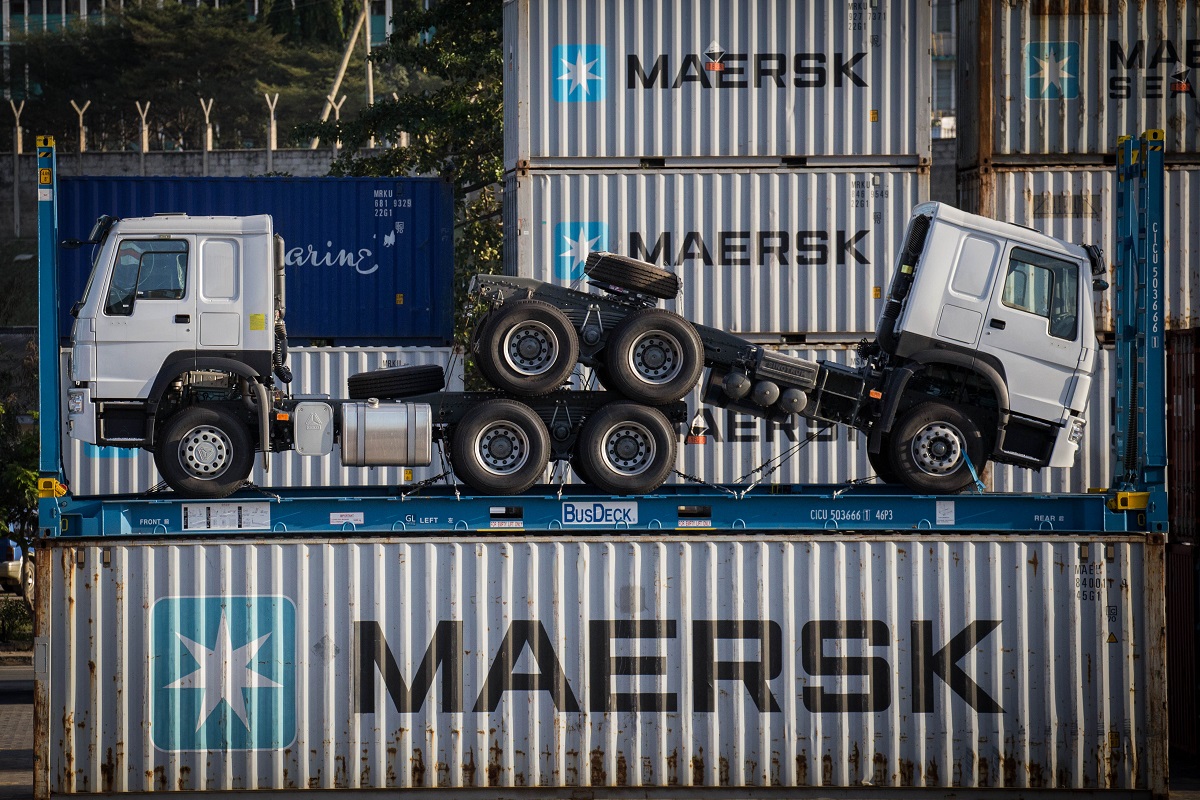 Prosper Africa and the Promise of the AfCFTA
W. Gyude Moore
June 11, 2019

On November 24, 2020, in her nomination acceptance speech to become the United States Ambassador to the United Nations, former Assistant Secretary of State for African Affairs Linda Thomas-Greenfield declared, “America is back. Multilateralism is back.” President Joe Biden echoed these remarks at the 2021 Munich Security Conference, proclaiming “America is back. The transatlantic alliance is back.” While this recommitment to multilateralism is welcome, it is imperative that the Biden Administration’s conception of ‘transatlantic multilateralism’ not be limited to that of relations with Western Europe.

Despite signaling a departure from the brief flirtation with American isolationism under Donald Trump, the Biden Administration has not been the only major triumph of multilateralism so far in 2021. For example, on January 1, 2021, the African Continental Free Trade Area (AfCFTA) came into effect, an agreement that once fully implemented, will open up a $3.4 trillion market connecting 1.3 billion people. This development provides a great opportunity for the Biden Administration to strengthen America’s economic ties with African states.

According to the World Bank, full implementation of the AfCFTA—which includes reduction of tariffs, removal of non-tariff barriers to trade, and general improvements in trade facilitation—promises to increase real income across African states to the tune of $450 billion by 2035, lift 30 million people out of extreme poverty, and boost wages for both unskilled and skilled workers by 10.3 percent and 9.8 percent, respectively.

These gains across African states will have beneficial spillover effects for American firms. For example, ventures such as Ford Motor Company’s in South Africa will not only create jobs, facilitate skills transfer, and provide incomes for more than a thousand households, but also bolster America’s commercial presence in neighboring car export markets.

Aside from the benefits of streamlined intra-African trade for American firms operating in the region, growing and increasingly connected markets on the continent as a result of the AfCFTA will spur demand for more advanced American products, allowing the US to embrace its competitive advantage to export tech products to Africa, a key area of competition with Chinese firms, such as Huawei and Tecno Mobile, that dominate the sector on the continent. Additionally, Africa’s manufacturing boost—which according to World Bank estimates comprises the majority of the projected $560 billion increase in African exports—will provide the US the opportunity to start diversifying its sources of imports and reduce overreliance on existing supply chains.

Given its likely benefits, the AfCFTA’s success is in America’s best interest. Yet the Biden Administration and its allies in the United States Congress continue to send mixed signals regarding multilateralism in Africa. House Foreign Affairs Chairman Gregory Meeks’ recent support for the AfCFTA contrasts sharply with the Administration’s pursuit of a bilateral trade deal with Kenya. In the Senate, a bill to bolster economic ties with African states seems a lot more focused on countering China in the region than genuinely improving US-Africa trade relations.

The ongoing negotiations over a US-Kenya trade agreement embody these contradictions and likely pitfalls. Despite assurances from its promoters, the potential agreement remains unpopular in African states. Many observers view such a deal as potentially undermining the AfCFTA and African economic unity. As such, it risks further damaging America’s reputation in the region. Given the popularity of Pan-Africanism, it is in America’s interest to project support for intra-African cooperation, particularly when it comes to trade.

Proponents of the bilateral US-Kenya trade agreement argue that it promises to provide a blueprint for future trade negotiations in the region. However, while there might be a case for pursuing quick wins (in no small part due to the difficulty of negotiating with 55 countries), mere convenience is not a good-enough reason to risk the US being viewed as detrimental to continental cooperation.

If bilateral deals come with reputational risk, while a continental agreement may never materialize, what is the way forward? Luckily, Africa’s Regional Economic Communities (RECs) provide a viable middle ground between bilateral trade agreements and a US-Africa continental trade agreement. For example, even as it pursues a free trade agreement with Kenya, the Biden Administration should engage the East African Community (EAC), a REC that encompasses six countries and almost 200 million people.

Importantly, a trade agreement with the EAC would be largely aligned with the spirit of the AfCFTA, whose operationalization is predicated on increased intra-REC trade across the continent. Presently, the vast majority of intra-Africa trade takes place within RECs. Though a US-EAC trade agreement would likely take longer given the greater coordination problems that arise from negotiations between seven countries rather than two, it would be worth the effort. Among other things, it would provide a roadmap for engaging other RECs like the Economic Community of West African States (ECOWAS), the Southern African Development Community (SADC), the Economic Community of Central African States (ECCAS), and the Arab Maghreb Union (AMU).

As the region’s population and economies continue to expand, African multilateralism is most likely going to get stronger over time. Therefore, for any trade deal to work in strengthening US-Africa ties in the long run, it must be seen by citizens in various African states to be mutually beneficial and consistent with African multilateral initiatives like the AfCFTA. Otherwise, American endeavors to bolster trade ties with the region will be viewed as lopsided, exploitative, and designed to undermine African unity.