ODA Rules Must Ensure that Vaccine Donations Count for the Poor 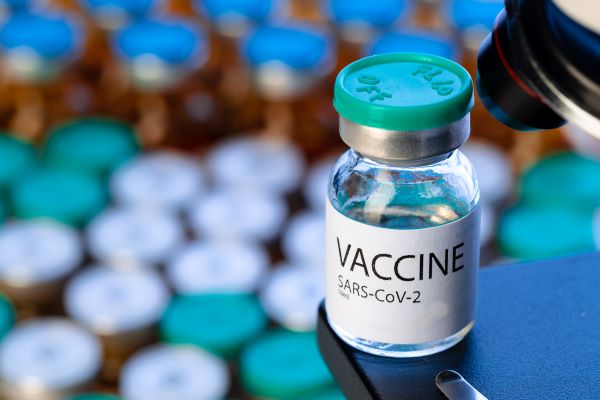 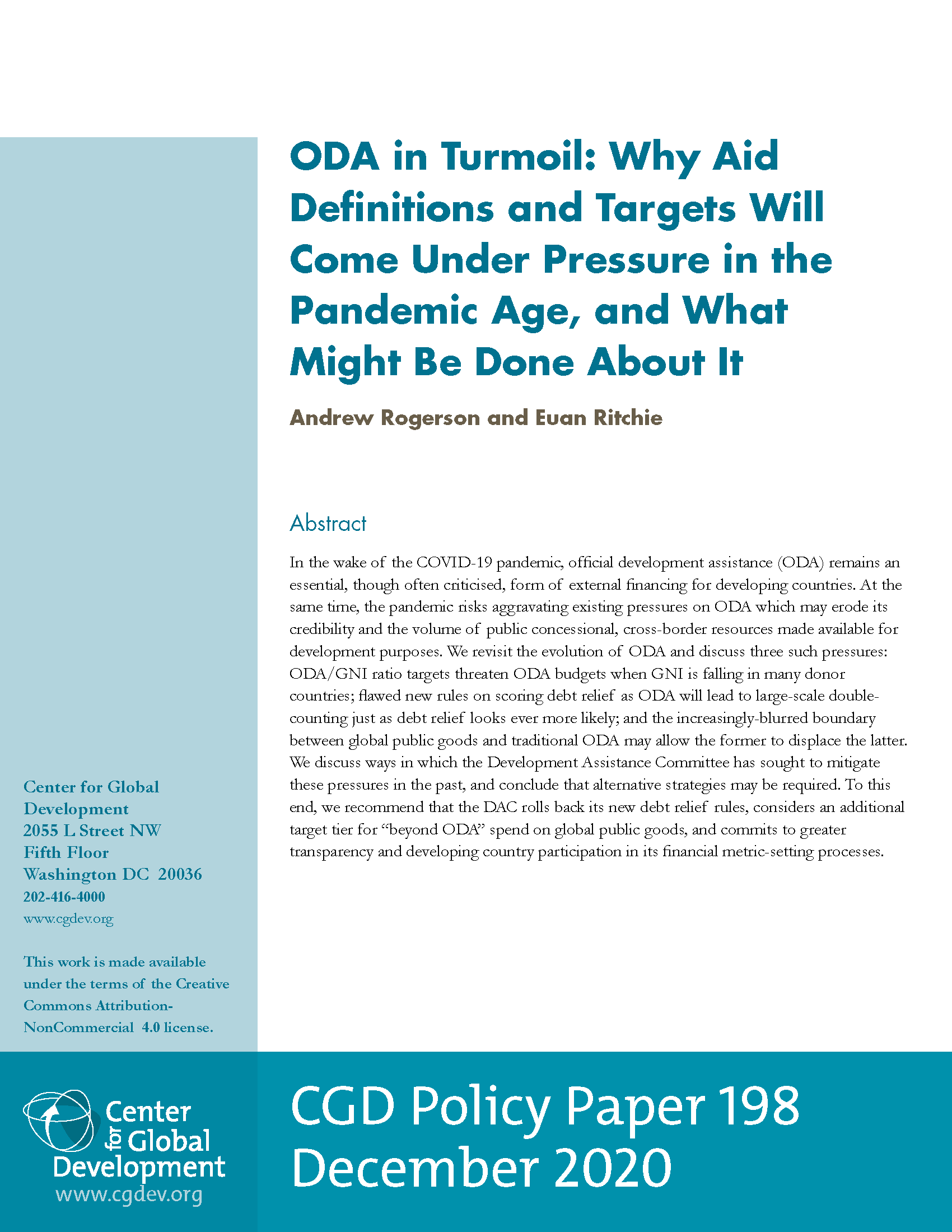 After buying up the world’s vaccine supply to ensure they can protect their own populations, rich countries have found themselves struggling to use the vaccine surpluses they accumulated. One response has been to donate the spare doses to countries who need them more. This is laudable, and countries who have done so want to receive credit for such actions in their aid statistics—what is known as official development assistance (ODA). But the vaccines were not purchased with the interest of development in mind, and they will eventually be wasted if they expire before they can realistically be distributed and administered in recipient countries. We argue that the Development Assistance Committee (DAC), which sets the rules for ODA accounting, should not allow any doses to be counted as aid unless they can be effectively used.

What is DAC’s proposal for counting vaccines as ODA?

On Monday, following consultations with major multilateral vaccine providers such as the World Bank and COVAX, the DAC released a document proposing that vaccine donations should be counted at $6.72 per dose. This is more than double the previous proposal of $3 per dose. The initial value reflected the average price that COVAX expected to pay in procuring vaccine doses. But in response to delays from its largest supplier, COVAX has had to diversify its portfolio of vaccines, which meant including some that are more expensive. As a result, the average price that they pay has increased, and the DAC wants to reflect that in the ODA statistics.

The logic behind this is as follows: contributions to COVAX will be counted as ODA and will eventually be spent on vaccines at whatever (average) price COVAX faces in procuring doses. Using this price to determine the ODA scored on bilateral contributions means that whatever channel is used to supply the vaccines, the ODA counted will be the same. If country A donates a million vaccines directly, and country B contributes enough to COVAX to allow them to donate another million, the ODA recorded would be the same for both countries, as the same number of vaccines have been provided.

What is the true cost of donating vaccines?

This argument might be convincing if countries were buying vaccine doses specifically to donate to countries in need. But that is not generally the case. Rich countries bought up huge quantities of vaccines as soon as they became available, to make sure that they would have sufficient doses for their populations. Large stockpiles were built up in those countries that had the financial ability to buy first, while other countries were left without any supplies. As vaccination rates slow, rich country stockpiles are now gathering dust.

Some of us have argued that the additional cost to donors of giving these vaccines is zero: they have already been bought, and they are unlikely to be used by domestic populations before expiry. The minor costs of distributing them will be easily outweighed by the benefits from a reduction in the virus elsewhere in the world, so “ODA credit” shouldn’t change incentives for their distribution.

By this argument, donated vaccines—unless explicitly bought for the purpose of donation, such as through COVAX—should not count as ODA at all. This is probably a step further than we can expect the DAC to go. But they can still do much better than the current proposals.

An expired vaccine is not worth anything to anyone

Whatever the price that the DAC eventually agrees upon, one thing is indisputable: vaccines donated too close to the expiry date to be used should not count as ODA.

In practice, donated vaccines end up being destroyed or wasted because rich countries wait too long to deliver them, to maximise the chance that their domestic populations will use them first. Distributing vaccines takes time, especially to the hard-to-reach places that currently have the lowest vaccination rates. Airfinity - a global health analytics firm - estimates that countries generally need at least two months to distribute large donations of vaccines. CGD’s correspondence with several lower-middle-income countries suggests that the length needed could be even longer. Responses to the DAC’s consultation echoed this point, with the World Bank highlighting that the “delivery schedule, delivery terms [and] additional logistics” are key determinants of the value of vaccine doses. The World Health Organisation has also expressed concerns about donations with short timelines to expiry.

This is not a hypothetical problem. Many countries have already destroyed thousands of vaccines because they received them too late to use. For example, the Democratic Republic of Congo said it cannot use most of the vaccines that it has received, in part because poor transport infrastructure makes delivery difficult. Airfinity estimates suggest that high-income countries might have over a billion doses stockpiled, and that a quarter of these might expire by the end of 2021—only a little over two months from now. It is ridiculous to suggest these doses have a value equal to that paid by COVAX for new vaccines.

The DAC should therefore make explicit in ODA rules that vaccine donations should only be eligible to be scored as ODA if they are given far enough in advance to be effectively used. There is some additional complexity here: small vaccine donations might be easier to absorb than large ones, and some countries can distribute quicker than others. But this just means that the DAC should exercise caution to encourage donors to leave plenty of time.

A more stringent rule that would guarantee that vaccines could be used effectively, would be to require that, to count donated vaccines as ODA, reporting countries must have obtained confirmation that the beneficiary expects to be able to distribute and supply the vaccines before expiry date. This would place some agency with the beneficiaries and give the providers an incentive to ensure that the vaccines go to places where they can be administered. Beneficiaries could end up being wrong, but this would at least require donors to engage in a good-faith effort to maximise the benefit from purchased vaccines, rather than casting them off like worn clothes.

The rules need to be tightened

Counting vaccines at a fixed price per dose is intuitive and appealingly simple. But the recent DAC document highlights the need to create the right incentives for donors to do all they can to tackle vaccine inequity, something also emphasized by those the DAC consulted. Preferably, donations should only count if they are of drugs that were not primarily purchased to reduce risks in rich countries. But at the least, if the rules stipulate that no ODA can be counted unless doses can be used, donors will be incentivised to think more carefully about such donations. Otherwise, many more vaccinations—that have such life-saving potential—could end up wasted.

This blog has benefitted from excellent comments and suggestions from Charles Kenny and Mark Plant. 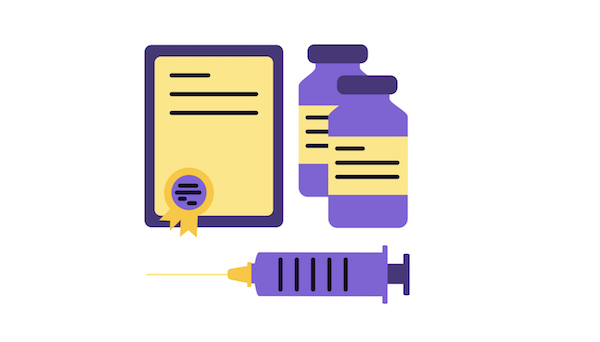