What Would a Biden Climate Plan Look Like for the Whole World? | Center for Global Development | Ideas to Action Skip to main content

What Would a Biden Climate Plan Look Like for the Whole World?

by
Benedict Clements
,
Sanjeev Gupta
and
Jianhong Liu
May 24, 2021 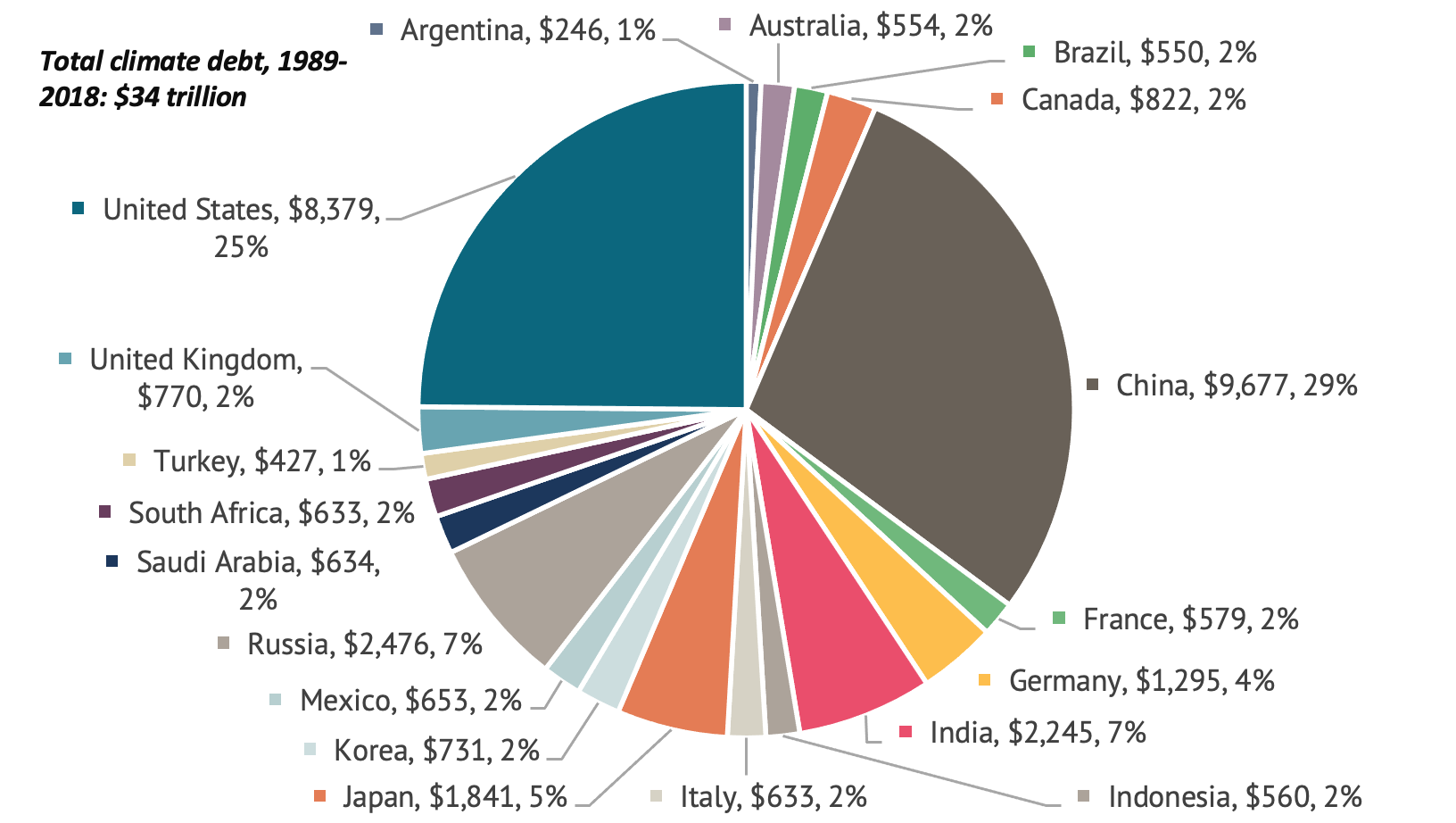 US President Biden has proposed an ambitious plan to reduce US emissions to 50 percent of their 2005 levels by the year 2030. Biden’s plan is targeted only at US emissions, but climate change is a global problem. What would happen to global emissions of CO2 if every country in the world took a similar step?

In this blog post, we assess the impact of such a plan on global emissions and what we earlier labeled the global environmental cost of consuming certain forms of energy and goods—in economic jargon the “negative externalities.” In an earlier blog post, we argued that the cumulative sum of these liabilities is a kind of debt a country owes to the global community. Although there is as yet no obligation for countries to recognize this climate debt, debates regarding the appropriate sharing of the burden to reduce emissions will surely take into account how much damage to the environment has been inflicted by different countries. Addressing this climate debt will be a challenge for countries as they face the fiscal constraints posed by the build-up of public debt and rising fiscal obligations arising from aging populations. Under the steady implementation of a hypothetical “Biden plan for the world” over the period 2021-30, emissions in the 131 countries we have data for would be lowered by 45 percent, and climate debt would climb by $17 trillion less than if they had not acted. A delayed implementation of the plan, where countries begin to cut emissions only starting at the halfway point of 2026, would lower climate debt by half that amount and would require herculean efforts to restrain emissions, which could be politically unfeasible and economically undesirable.

Despite efforts by countries to move toward green energy, fossil fuel consumption remains high and is projected to grow significantly without policy changes. This will lead to a continued rise in global climate debt, estimated on the basis of emissions projected by the International Monetary Fund and a social cost of carbon of $100 per ton of emissions in 2030. The social cost of carbon is an estimate of the economic damage to society of carbon emissions. A value of $100, for the year 2030, is at the upper end of the range indicated by Stiglitz and Stern. Given that climate models usually show that the damages from emissions rise over time, we adjust the social cost of carbon in the years 2021-30 to reflect a gradual increase in these damages overtime before peaking in 2030.

Based on information for 131 countries—the maximum number of countries for which emissions projections are available—we find that climate debt will rise by an additional $38 trillion by 2030 under the “no policy change” scenario (Figure 1). This compares with an estimate of $57 trillion of climate debt accumulated between 1959 and 2020. The three largest contributors to the climate debt between 2021 and 2030 are China ($12 trillion), the United States ($5 trillion), and India ($3 trillion).

Figure 2 indicates the accumulation of additional climate debt relative to the size of each countries’ GDP. The figures range from a low of 5 percent of GDP for Switzerland to 280 percent of GDP for Mongolia, indicating that the emissions intensity of economic activity in most countries will remain high unless policy action is undertaken.

If 131 countries adopted their own versions of the “Biden plan” and started steady implementation in 2021 through 2030, emissions would fall relative to the “no policy action” scenario by $17 trillion, although with variation across countries (Figure 3). Among the top 10 emitters, the greatest reductions in percentage terms would be India by 60 percent, China by 54 percent, and Indonesia by 50 percent. The steady reform scenario assumes a smooth reduction in emissions, and would thus require a mix of policy actions that achieve some reductions in emissions now (such as carbon pricing, which would raise the price of energy and reduce consumption), rather than policies that might only reduce emissions later (such as, for example, exclusively focusing on building capacity to produce green energy, which could take years to reduce emissions).

The different rates of decline in emissions across countries, relative to the baseline, suggesting that some countries will likely view a decline in emissions relative to 2005 levels as an unfair starting point. In particular, developing countries that experienced rapid increases in economic growth since 2005 also, in many cases, experiencing a rapid rise in emissions, making it more difficult for them to come back to 2005 levels than in the advanced economies. In addition, advanced economies like the United States were already at high levels of emissions per capita and would still be at high levels of emissions per capita after the implementation of a global Biden plan. These equity issues suggest that, in the end, the targeted reduction in emissions would need to be lower for developing countries to ensure that a global plan posed a fair burden across countries.

The above projections underscore the benefits of acting sooner rather than later. They also have important implications for the mix of policies for tackling climate change. A gradual increase in carbon prices, starting now, would need to be an element of any strategy seeking to meet the goals of a worldwide plan to cut emissions to 50 percent of 2005 levels. A gradual increase would allow consumers and businesses to adjust and avoid the all-too-common social upheaval that comes with sharp increases in energy prices. A gradual increase in prices, when combined with the establishment of targeted social safety nets, has been found to be politically more acceptable in developing countries. At the same time, a steady ramping-up of green investment spending, rather than a frantic push toward the end of the decade, would also help avoid some of the inefficiencies associated with large stop-and-go surges in public investment. There is also the risk of complicating macroeconomic management if energy price increases were bunched in the last five years. High taxation of energy in that period to meet the targets would need to be combined with policies for maintaining aggregate demand.

While a gradual implementation of a worldwide plan inspired by the Biden plan would make a significant dent in global emissions, it is still not ambitious enough. Climate debt—which, again, captures the damage to the global environment from the use of fossil fuels—would continue to climb, reaching a cumulative total of over the 1959-2030 period of $85 trillion or 100 percent of global GDP. New emissions extract an especially heavy price on the environment, which are reflected in the rising social cost of carbon over time. Our global “climate debt” is rising as we inflict damage to the planet. Ambitious, urgent action is needed now to achieve real progress in taming climate change and its social and economic costs by 2030.

Benedict Clements is a professor at the Universidad de las Américas, Quito, Ecuador.