Who Wants What Where? African Infrastructure Demand: How Policymakers Can Respond

In Burkina Faso, where most live on less than $2 a day, people want better infrastructure even more than they want jobs. In Benin, Guinea, Liberia, Mozambique, Tanzania – some of Africa’s poorest nations – it is the same. In fact, the cry for more and better basic services is heard in nearly every African country. It is a top-tier economic, political and social issue. Investments in transport, power and sanitation are widely viewed as critical for promoting growth, increasing economic opportunities and improving social services such as health and education. Much has been written about African infrastructure demand but, until now, few studies have examined the nature of that demand: who wants what where?

In a new CGD paper, we draw upon Afrobarometer survey data from 33 African countries to provide at least partial answers to these important questions.

Our analysis shows us:

In this study, we attempt to move beyond topline estimates of infrastructure access rates towards a more nuanced understanding of broader service availability and citizen demand across African nations. This analysis also allows us to identify several potential implications for policymakers. We’ve listed some of these after the graphs below, which highlight what the survey data tells us about Africans’ most pressing concerns. 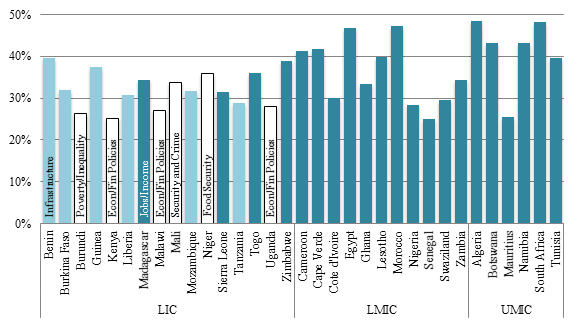 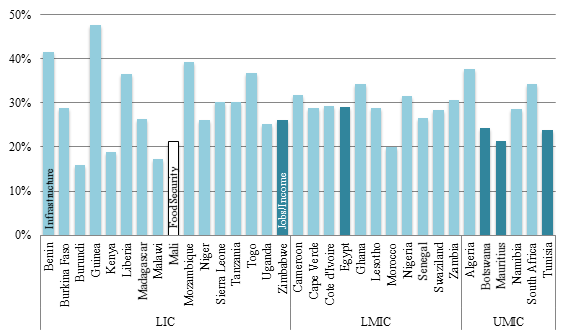 Figure 3 – Most Demanded Type of Infrastructure, by Country Income Level 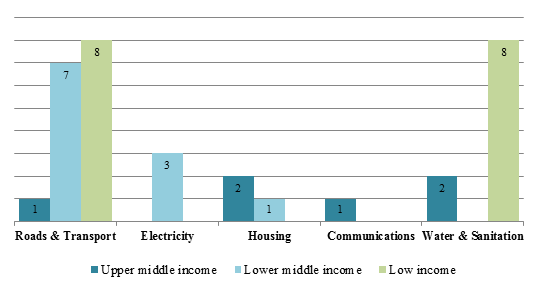 The politics of infrastructure can be both charged and highly nuanced, depending on citizen demands, sub-national differences in service availability, and past government investments. Readily available time-series data can help inform policymakers’ investment strategies and reform agendas. This information is likely most useful for deepening policy discussions and informing political decisions within African countries. However, there also are potential lessons and applications for global development partners, including bilateral and multilateral agencies. These include:

We readily admit that the relevant survey data has its limitations. For instance, it only provides a snapshot in time of service availability and citizens’ most pressing demands. Yet, this information may provide an important, yet often overlooked, insight into highly localized political and social dynamics. Such dynamics should be considered much more systematically when African governments and their international partners are making important decisions about how scarce resources should be invested.