AIIB Voting Power: How Does It Compare to the other MDBs and What Does it Mean for the US and Japan?

In our previous post, we calculated voting power in the Asian Infrastructure Investment Bank (AIIB), using the formula published in the bank’s articles of agreement. Here we compare AIIB voting power to that of the World Bank and Asian Development Bank (ADB), the other two major multilateral development banks MDBs) active in Asia. 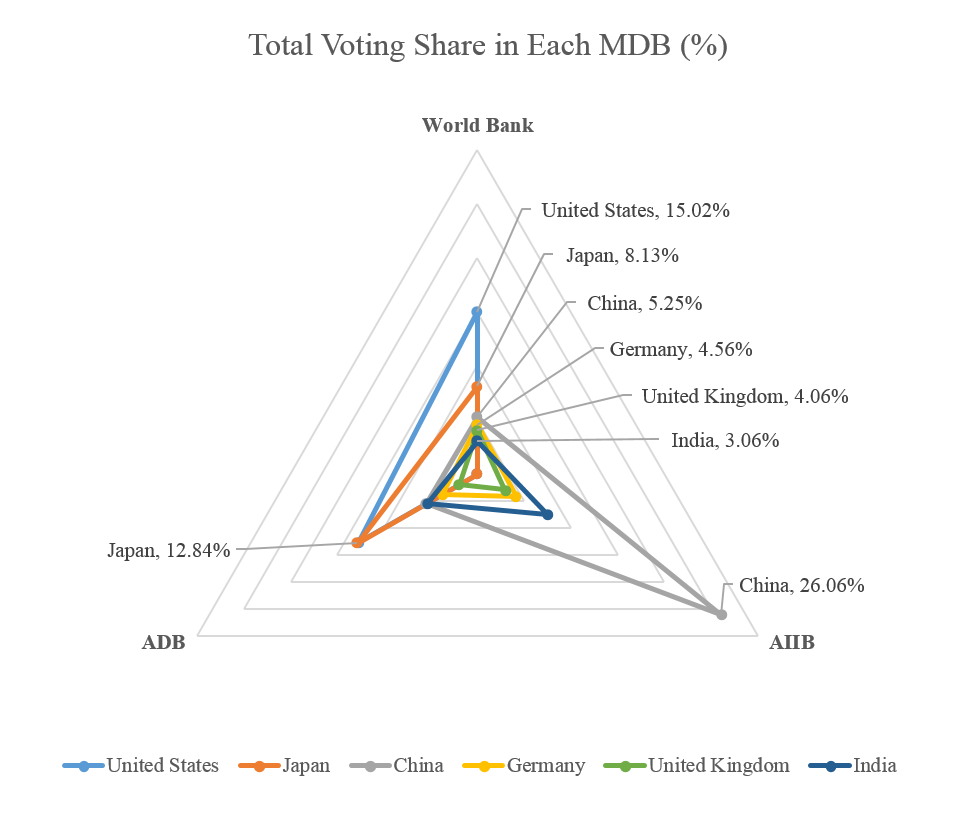 Voting power has very practical applications within these institutions in determining how much say each shareholder has over operations. In this way, it can serve as a concrete measure of a country’s “influence”, an otherwise vague concept.

We provide a measure of four leading countries’ influence across the MDBs active in Asia, and show how relative influence has changed as a result of the AIIB. As depicted below, “aggregated voting power” simply expresses total voting power across the MDBs weighted by the size (capital) of each institution. With the creation of the AIIB, China has surpassed Japan in the region’s MDBs, although it still falls short of the United States in total voting power. 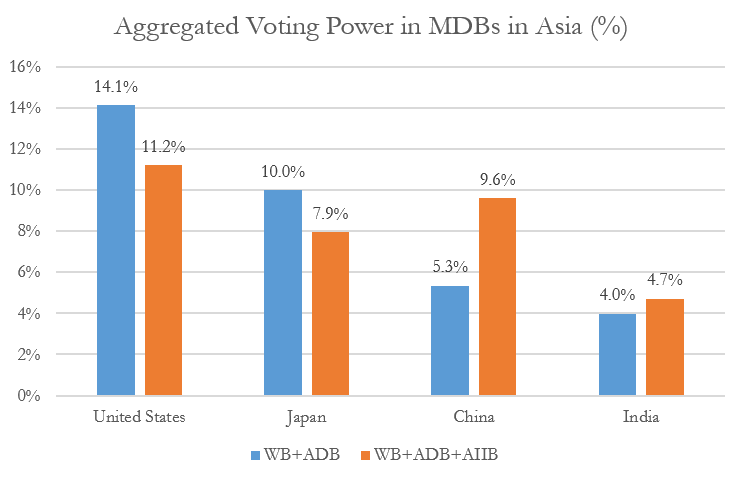 To the degree Japan continues to consider membership in AIIB, this question of regional influence is no doubt paramount, and the loss in relative power depicted here is likely a cause of concern for both Japan and the United States. Going forward, growth in the AIIB could further erode the US and Japanese positions, particularly if capital expansions at the other institutions do not keep pace.

Despite improvements in censuses and household surveys, the building blocks of national statistical systems in sub-Saharan Africa remain weak. Measurement of fundamentals such as births and deaths, growth and poverty, taxes and trade, land and the environment, and sickness, schooling, and safety is shaky at best. The Data for African Development Working Group’s recommendations for reaping the benefits of a data revolution in Africa fall into three categories: (1) fund more and fund differently, (2) build institutions that can produce accurate, unbiased data, and (3) prioritize the core attributes of data building blocks.

This is shaping up to be a big year for US trade policy. Most eyes are on potential deals with the Pacific Rim and Europe (and reeling from Senator Reid’s latest blow to their prospects). Those of us concerned with trade as a driver for development should also be watching Congress’ and the Obama Administration’s review of the African Growth and Opportunity Act (AGOA).