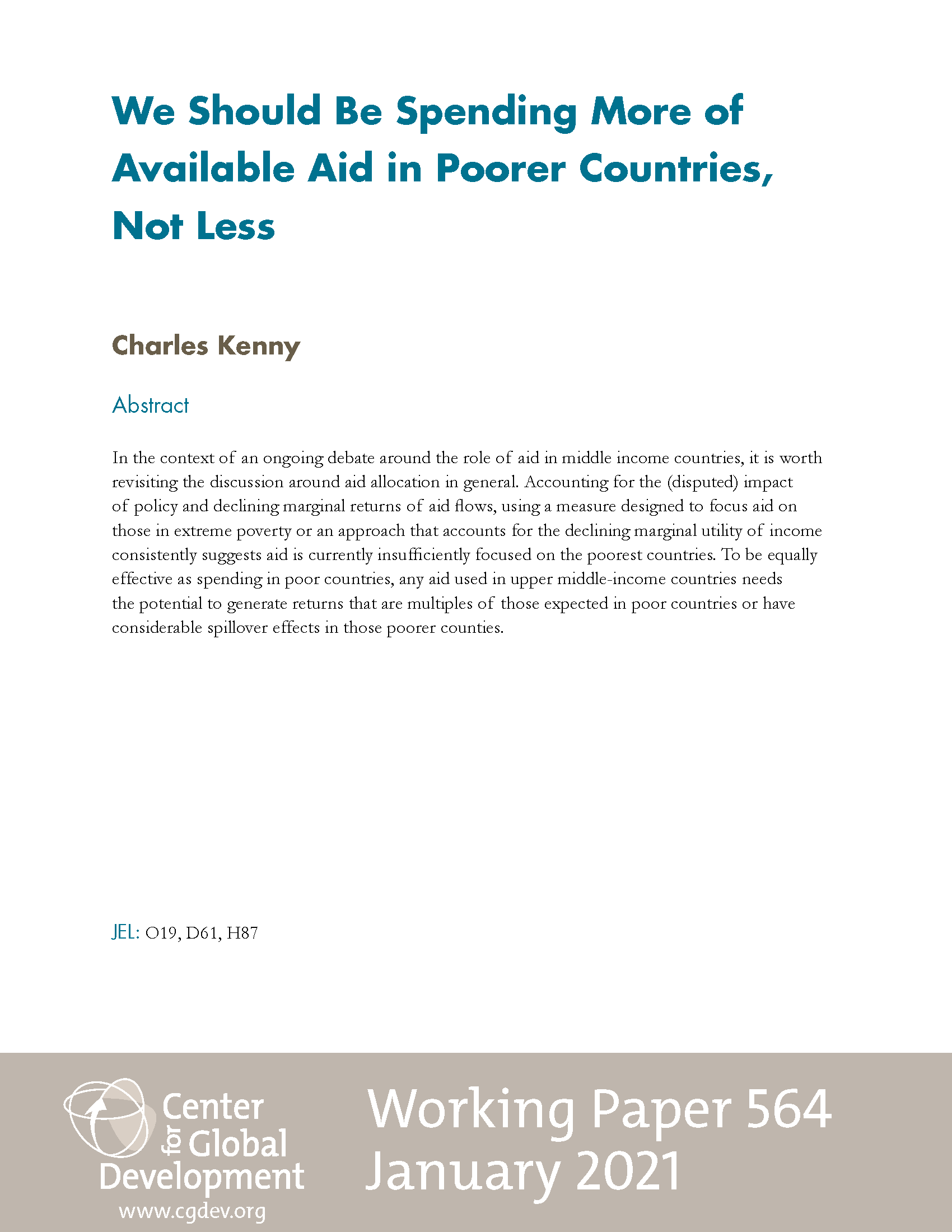 We Should Be Spending More of Available Aid in Poorer Countries, Not Less
Charles Kenny
January 11, 2021

The idea of the declining marginal utility of income and its potential use in allocation decisions is both historied and widely accepted in economics. In short, the idea is that each additional dollar of income makes you happier, but the first dollar increases your happiness more than the second dollar, more again than the third dollar and a *lot* more than the billionth dollar. Jeff Bezos probably wouldn’t jump up and down with delight if someone handed him $1,000, the reaction might be a bit more positive from someone living on $2 a day. In a paper released today I ask what declining marginal utility means for aid and its allocation.

The idea dates back to at least JS Mill and engaged economists including Samuelson and Fisher.  A comparatively recent use of declining marginal utility in international economics and global allocation issues was The Stern Review on Climate. Stern argues that empirical estimates based on savings behavior suggest utility is a function of the natural log of consumption. That implies that a doubling of income has the same impact on utility whether it is a doubling from living on $1.90 a day to $3.80 a day or from living on $3.80 a day to $7.60 a day. There are a bunch of reasons to think that’s a reasonable approximation, including that it matches savings behaviors and with what is suggested by actually asking people how happy they are and comparing it with their income.

So, imagine we followed the Stern Review approach as an aid allocation mechanism—if we decided that we wanted the maximum utility gain out of the ODA we were given, and money would have its biggest effect where people were poorest. What would that imply for aid flows?

Without any concern about “absorptive capacity” or differing aid effectiveness because of policies, the utility maximizing aid strategy would be to “kink the tail” of global income distribution, using aid to raise the poorest countries up to the incomes of richer countries. The figure below suggests what this process would generate in terms of allocation in the first years, assuming net ODA receipts of a little over $100 billion (a little above the 2018 figure for net receipts), and compared to current ODA net receipts. Aid is concentrated in the world’s 19 poorest countries in this scenario. (In reality they receive about 26 percent of all ODA).

In the paper I show that even if you allow for concerns that too much aid can’t be spent well, you still end up providing more money to the poorest countries than current aid allocations. Certainly, governments aren’t trying to maximize global utility in all of their spending—they are a considerable distance from doing that even domestically. But perhaps, at least in the fraction of a percentage of GDP donors provide in foreign assistance, global utility maximization should at least be the primary goal. And if it is, that suggests a laser focus on the poorest countries.

It also suggests something about the returns you should be looking for if you still want to spend money in a richer developing country. For each doubling of average incomes in a recipient country, the expected returns from aid projects should be twice as high. The richest developing countries at the top end of the middle income category (Brazil, China) are about sixteen times richer than the world’s poorest countries (Central African Republic, Madagascar), so you should be looking for about sixteen times the return you’d expect in the poorest countries. Of course, if you want to spend the aid money at home, you should expect the return to be even higher. A reason to minimize domestic spend as much as possible. 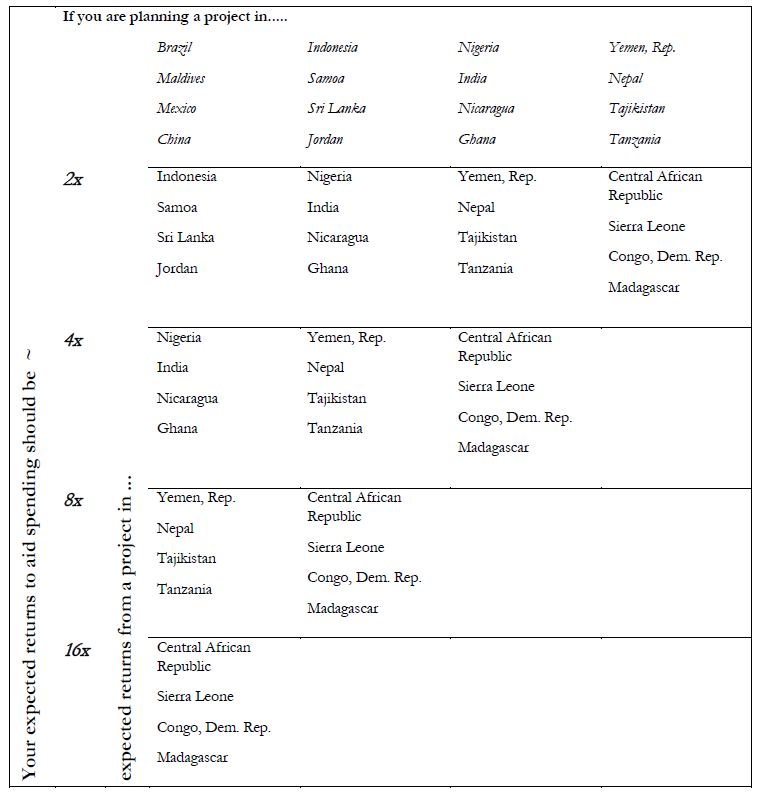