Does Jim Kim Get Water?

Over the past week World Bank president Jim Kim’s mind seems to have been on water and development.  But what does he mean by “water” and how does this relate to the huge water-related development challenges faced by the World Bank’s borrowers? 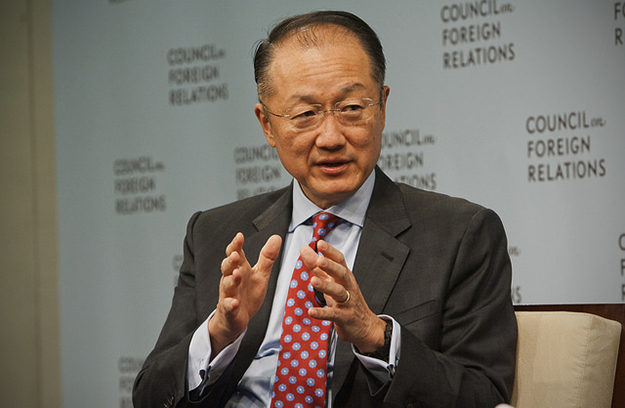 At the Council on Foreign Relations he asked those in the audience to “imagine what it would be like if I were naming one of you in the room as a Senior Director of our Water Practice. You would be responsible for designing investments in water and sanitation so that girls, for example, aren't walking miles every morning to the nearest river for cooking and cleaning instead of going to school.”

In The Guardian he noted that "the water issue is critically related to climate change. People say that carbon is the currency of climate change. Water is the teeth. Fights over water and food are going to be the most significant direct impacts of climate change in the next five to 10 years. There's just no question about it. So getting serious about access to clean water, access to sanitation is a very important project. Water and sanitation has not had the same kind of champion that global health, and even education, have had."

These comments are similar to perspective that my earnest undergraduates and many charities bring to the issue. My students, who arrive in my class thinking 70% of people do not have water services,  are amazed to learn that over the last 20 years, every day 280,000 new people have gained access to clean water supplies, primarily as a result of economic growth.  The proportion of “unserved people” (those girls walking to the river that Dr. Kim described) now account for just 11% of the world’s population.

That’s good news, of course. The problem of taps and latrines is well on the way to being solved. The big question facing Dr. Kim’s World Bank is whether the institution can address three much bigger water issues which threaten people and societies and are central to the mission of the World Bank.

The first issue is the construction and maintenance of “the water platform for growth” highlighted in the World Bank’s own Water Sector Strategy (full disclosure: I was intimately involved in the drafting of this strategy, which more than a decade later remains the Bank’s guiding document on water).  The “water platform for growth” includes both hard infrastructure and institutions which provide water for agriculture, cities, industry and energy. When it comes to such platforms, there is a vast gap between the rich and poor countries that sit on the Board of the World Bank. For example, the rich countries have developed 80% of their hydropower potential, whereas Africa has developed just 6%.

The second issue is to enhance “water security,” which means reducing the probabilities of floods and droughts, again through a combination of infrastructure and institutions. Here, too, infrastructure is vital--whereas there is about 1000 days of storage on America’s Colorado and Australia‘s Murray Darling, there is just 30 days on Pakistan’s  Indus. Not surprisingly Pakistan, with such a slim buffer between nature and people, suffers, like many other poor countries, from alternating droughts and floods, with catastrophic consequences for people and the economy.

The third issue is sustainability. Perhaps the greatest water threat of all is the unsustainable use of groundwater, primarily for irrigation, in the plains of South Asia, in Northern China, in Mexico and in the central United States.

Does Dr. Kim recognize that these existential challenges are the areas where a financial institution such as the World Bank can make the greatest contribution?

Dr. Kim told the audience at the Council on Foreign Relations that he will soon be naming a Water Practice Director.  I’m hoping that Dr. Kim and the new director will make it clear to all that the water tasks facing the Bank are not  primarily about the taps and latrines beloved by students and rich world philanthropists but rather river basins, aquifers and infrastructure—including, yes, dams, too!