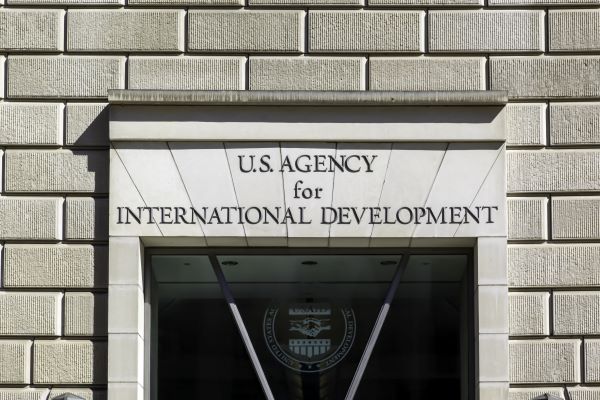 How the Next USAID Administrator Can Double Down on Development
Sarah Rose
January 21, 2021

President Biden has nominated Ambassador Samantha Power to lead USAID. If confirmed, Power is likely to bring significant change and newfound focus to an agency in sore need of direction and leadership. A large and bipartisan group of supporters on and off Capitol Hill who back US assistance but believe it could do more will be rooting for her success. The agency is already engaged in vital development efforts covering global health and humanitarian assistance, but it could do more, especially in the response to the COVID-19 pandemic and its aftermath.

I have four suggestions for new or expanded directions and initiatives:

These proposals would cost money (and so the need to work with Congress), but all are tied to America’s strategic interests and all would help the world exit the COVID pandemic and global recession with greater speed and resiliency.

For decades, USAID has shied away from industrial policy, as well as support for the big infrastructure projects that go along with it, on the premise that, with minor incentives, the private sector can usually deliver. That was the thinking that led to the creation of the US Development Finance Corporation a few years ago—a potentially valuable tool to help finance private industry and infrastructure in developing countries if it is refocused on that task. (Large public infrastructure projects outside water and sanitation have been almost completely left to the Millennium Challenge Corporation, which has only invested about $200 million a year in transport and energy worldwide over the past 16 years.)

But financing individual private sector investments isn’t enough. As US experience from the rise of Silicon Valley to the development of COVID-19 vaccines attests, there’s a huge role for government in creating the industries and products behind a healthy, secure and prosperous country. And no economy has developed the majority of infrastructure it needs to support economic transformation by relying on private sector projects alone. The government’s role is even larger when it comes to accounting for the environmental and social sustainability of new industry. And the US has a growing self-interest in broad-based sustainable global industrialization: to support supply chain diversification, markets for US goods and services and global environmental goals.

At the moment, developing countries that want support for the large public investments that undergird industrial transformation have to look elsewhere—to multilateral development banks or China—for support. And there simply isn’t enough support available. USAID could step in to provide advice and finance to undergird sustainable industrial development strategies. It is a role that America has played with great success in the past: US assistance was a vital part of South Korea’s early industrialization, and helped turn the country into the important economic and diplomatic partner that it is today. In the world’s poorest countries, USAID should help create and finance new industrial strategies for the 21st century.

The last year has demonstrated the increasing importance of digital connectivity as a tool to deliver services and finance when face to face interaction is difficult or impossible. Across the developing world, mobile applications have provided health information, supported contact tracing, facilitated safety net payments and kept loved ones in contact. But those services were only available to people with a phone, tablet or computer—and only to those with access to the wires or waves carrying an internet connection.

Perhaps 95 percent of the world’s population lives under the mobile signal footprint: they can make and receive calls and text messages if they have access to a mobile phone. But many of the world’s poorest are excluded. For example, less than 45 percent of the area of Tanzania is covered by any form of cell phone reception, and the people in those areas are disproportionately poor (and disproportionately women, one factor in the gender digital divide).

If designed right, using competitive subsidy auctions to roll out services provided by private sector operators already in place, the costs of extending towards universal footprint access could be very low. The cost of providing footprint coverage to the considerable majority of the uncovered population in Tanzania might be around $10 million. A global initiative to extend the basic mobile footprint so that it covered more than 99 percent of the world’s population might cost as little as $1 billion. Were the US to lead on such an initiative, it could not only deliver close to universal access to a basic infrastructure, but help set the technological and security standards for rollout and subsequent expansion.

Responding to the continued COVID-19 pandemic and its impacts will be an immediate priority for the agency, and going forward the threat of new infectious diseases will surely be a greater focus for the US foreign policy. Much of that agenda should be multinational: working to strengthen the World Health Organization and international financial institutions so that the global response to the next pandemic is far more robust. But there is a role for bilateral support as well, especially given USAID’s long and successful engagement in public health and infectious disease.

One area where bilateral work might be particularly useful is around reducing the threat of zoonotic disease outbreaks. COVID-19 was only the latest in a long line of pandemic threats that jumped species. The US has considerable domestic capacity and knowledge in this area, both in dealing with animal disease pools for infections including plague as well as limiting the risk of infectious spread in modern livestock operations. In particular, the US has made considerable recent progress in reducing the use of antibiotics in meat production, an important step in controlling the growing threat of antimicrobial resistance. While the Department of Defense plays an important role in global zoonosis surveillance, expanding support for clean industrial farming and limiting exposure to wild animal disease pools is more suited to civilian engagement. A USAID/Department of Agriculture joint program to support countries in strengthening their controls and regulations around zoonotic disease including efforts to support greater farm sanitation and animal vaccination programs would reduce the risk of new outbreaks emerging.

Worldwide, and despite considerable progress, hundreds, if not thousands, of discriminatory laws remain on the books: laws that say women can’t work in certain occupations or can’t travel or transact in the same way as men, or that declare homosexuality a crime or deny rights to people who follow particular religions. Decades of international agreements have chipped away at these barriers and set in place global norms in favor of non-discrimination. The number of countries that consider homosexuality illegal, for example, has fallen by about half since 1960. But there is still a long way to go.

Of course, removing discriminatory laws is far from enough to equalize outcomes, but it is a vital first step. Legalizing homosexuality is associated with reduced discrimination, and removing laws that prevent women’s equal participation in the labor force is associated with greater female labor force participation. That suggests support to local civil society organizations to roll back discriminatory laws could be a powerful tool to reduce global discrimination. It could complement efforts to use trade agreements and diplomatic pressure to similar ends. At the moment, USAID support to local rights organizations is very small: aid to women’s rights organizations is just 0.01 percent of total ODA, for example. A fund to fight legal discrimination could provide finance to local civil society groups to pressure for reform. To increase impact and credibility, such a fund should be multinational, and might be part of the Biden administration’s summit of democracies initiative.

I hope Samantha Power uses her seat on the National Security Council to pursue a broader development agenda including health, education and governance. But USAID remains the world’s largest bilateral development agency, and if the new administrator can give it new purpose and direction with the help of congressional allies, that alone would be a considerable legacy.