How Can We Hold Commitment Makers Accountable? Reflections Ahead of the Paris Generation Equality Forum | Center for Global Development | Ideas to Action Skip to main content

How Can We Hold Commitment Makers Accountable? Reflections Ahead of the Paris Generation Equality Forum 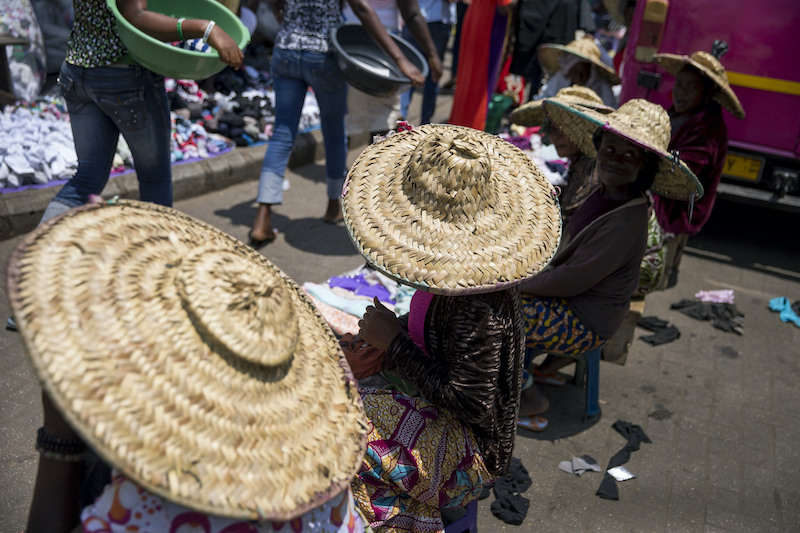 The second convening of the Generation Equality Forum, aimed at accelerating progress on global gender equality, is quickly approaching. As representatives from governments, international organizations, civil society, and the private sector convene at the end of June, I hope that many of them make ambitious, evidence-based commitments on “care, cash, and data” to ensure a more inclusive recovery from the COVID-19 crisis—that is, commitments aimed at strengthening the global care economy; providing cash and other forms of support to women, their families, and their businesses; and closing gender data gaps to improve collective understanding of women’s and girls’ specific needs and constraints and track progress in addressing them.

But whether commitments ultimately include a focus on cash, care, and data or prioritize other areas, a key question remains: How will global leaders be held accountable for implementing initial commitments, and building on them over time?

Last year, before the Generation Equality Forum (GEF) was rescheduled due to COVID-19, I wrote a policy note outlining the ways in which accountability could be strengthened with regard to global gender equality—and how the GEF can contribute to driving this agenda. As the Paris convening of the Generation Equality Forum draws near, I revisit the key takeaways of that note and draw out implications for the Forum’s commitment makers, both in the immediate term and in the long run. I propose that a robust accountability mechanism for global gender equality should include the following:

“If you want to go fast, go alone. If you want to go far, go together.” Governments and other commitment makers should certainly make their individual GEF commitments as ambitious, well-resourced, and evidence based as possible, but when it comes to developing an accountability mechanism to track all commitment makers’ implementation progress over time, there is power in numbers. No single government or institution should undertake accountability efforts unilaterally. Recognizing that ambition and innovation on global gender equality issues can come from a range of governments and other actors regardless of geographic location or income level, an accountability mechanism’s founding leadership should include a diverse set of partners.

On the other hand, building too big of a tent risks diluting the level of ambition among actors, and thus the credibility of commitments. Any accountability mechanism established to track global gender equality over time should include a set of minimum eligibility criteria as a barrier to entry, to ensure that admitted partners are credible champions and will meaningfully move the needle in closing gender gaps. For governments, criteria could draw on Women, Business, and the Law data, performance according to other gender equality indices, and/or the ratification of the Convention on the Elimination of All Forms of Discrimination against Women. For private sector actors, criteria could include sign on and adherence to the Women’s Empowerment Principles.

Commitment makers should be expected to draft action plans at regular intervals (e.g., every two years). Action plans should only consist of SMART (specific, measurable, achievable, relevant, and time-bound) commitments, rather than lofty or vague goals, which make the tracking of progress difficult. Countries, companies, and others should be encouraged to stick to a finite (three to five) set of commitments in each action plan and provide an in-depth, costed analysis for how commitments can be achieved within a clearly defined time period. Action plans should be informed by (1) rigorous data and evidence documenting the most binding constraints on women and girls in a given context and what works to overcome them, and (2) the inputs of civil society actors who know their contexts best. Commitments should be validated to ensure they meet SMART criteria (see below).

5. An independent secretariat (with sustainable financing)

Founding members of any robust accountability mechanism should recruit a small secretariat to lead day-to-day operations. An accountability mechanism on global gender equality would require funding for its secretariat, IRM, and regular convenings, as well as financing to support the capacity building of partners and civil society stakeholders as they engage in the drafting and implementation of action plans.

The accountability mechanism must build into its design ways of incentivizing countries, businesses, and others to fully implement action plans. These incentives could include (1) public recognition, through an annual report that assesses and publicizes commitment makers’ progress; (2) an annual award for actors that have made the most progress; (3) suspension/expulsion for those actors that do not make meaningfully steps to implement their actions plans; and (4) if the secretariat is able to provide technical assistance funds to commitment makers for action plan implementation, funds can be disbursed in a pro-rated manner to those that have demonstrated strong political will.

Now you might ask, are these proposed dimensions too ambitious? Can they be practically implemented? Encouragingly, all of the dimensions of a proposed accountability mechanism outlined above have been drawn from other real-life partnerships and initiatives (including one already located within the global gender equality space): the 2X Challenge partnership and the Open Government Partnership.

2X Challenge: 2X Challenge began as a collaboration among G7 development finance institutions (DFIs), and they have since been joined by DFIs from Denmark, Finland, the Netherlands, Sweden, and Switzerland; the European Investment Bank; the IFC; and others. All DFIs joining the 2X Challenge agree to a set of criteria outlining what qualifies as a 2X investment (e.g., investing in a firm that is 51 percent women-owned, has 30 percent women on its board or investment committee, or has a 30–50 percent female workforce), and results will be monitored according to the same framework. The 2X Challenge criteria serve as a strong example of how similar institutions can coordinate to harmonize reporting and be more easily held accountable for results. As noted above, this effort would be strengthened through periodic external validation in addition to DFIs’ own self-reporting, as well as through expansion of the partnership to additional bilateral and multilateral DFIs, as well as other public development banks and financial institutions.

Open Government Partnership: OGP included a diverse set of founding members, reflecting the universality of gaps in government transparency and accountability, and a globally representative commitment to closing them. It also has minimum eligibility criteria as a barrier to entry, to ensure partners are credible champions for open government, and an independent reporting mechanism charged with reviewing and assessing the quality of SMART commitments and their implementation over time. Taking the OGP as a model, it is estimated that an accountability mechanism on global gender equality would need $2.5 million in support for its first year, gradually increasing to $10 million by its fifth year. This financial support should be provided by commitment makers themselves, including foundations and other philanthropic donors.

2X Challenge and the OGP are just two examples that GEF decision makers can look to in formulating their own accountability mechanism; a broader landscaping of other platforms and initiatives (e.g., the Commission on the Status of Women, the High-Level Political Forum/Voluntary National Review, and the UN Climate Change Conference) would be valuable to more comprehensively document strengths and weaknesses of existing mechanisms, allowing GEF stakeholders to absorb lessons and avoid potential pitfalls.

In the meantime, individual commitment makers—among them national governments, corporations, philanthropic foundations, and others—don’t have to wait for a fully baked accountability mechanism to start modeling exemplary approaches in their own GEF commitments. By ensuring individual commitments are SMART, well-resourced, grounded in rigorous evidence, and, ideally, facilitate strategic partnerships where needed, GEF commitment makers will take an important step towards allowing us to hold them to account.