How the US Immigration Ban Hurts Students, Universities, and the US Economy | Center for Global Development | Ideas to Action Skip to main content

How the US Immigration Ban Hurts Students, Universities, and the US Economy

This blog post was drafted before a US appeal court denied a Department of Justice request to restore President Trump's immigration order banning travel from seven Muslim-majority countries. It analyses what the ban, as proposed by the Executive Order, could mean for international students as well as for the US economy.

Several recent articles about President Trump’s executive order on immigration from seven Muslim-majority countries have looked at how it affects thousands of international students all across the US. At stake here is not only their ability to benefit from a US education, but also how the US benefits from having students from those countries at American institutions, in terms of revenue, future productivity, and jobs. My own research, using both administrative and survey data, shows that the costs of this ban to the US will include costs to public universities and lost global talent from abroad.

The US is the largest "exporter" of higher education services, and the ban could hit universities with a revenue loss of around $200 million a year, with larger impacts on the local economies around campuses. In addition, full-fee paying international students allow state universities to “keep the doors open for in-state students.” More worryingly, students from the affected countries are often large contributors to US growth down the line as they are more likely to major in engineering and other STEM fields, with some staying on to work in the US IT sector, fueling innovation and productivity growth. Such innovation benefits not just consumers but other US workers as well.

There are currently 17,354 students from these seven nations studying in the US, a number that has grown rapidly from about one-fifth that number at the turn of the century (Table 1). While these numbers pale in comparison to the one million international students in the country, students from such countries have significant impacts on the US economy and the education sector. In response to the ban, university presidents have expressed alarm and have released detailed statements vowing not to release the immigration status of their students.

Table 1: International Students in the US

In previous research with John Bound, Murat Demirci and Sarah Turner, I show that international students from around the world contribute substantially to the growing STEM (science, technology, engineering, and mathematics) workforce in the US, and are far more likely to major in STEM fields than their American counterparts. Of all the main sending countries, students coming from Iran stand out as the most likely to be engineers—in 2015 alone, 54.4 percent of them majored in engineering, as opposed to just 36 percent of students from India and 18.6 percent of students from China. Indeed, more than half the students from these seven specific countries majored in STEM fields, and were more likely to be here for a graduate education (Table 1)—89 percent of the students from Iran were pursuing their graduate degrees (as opposed to Bachelor’s or Associate degrees), and five of the six most popular majors were in engineering or computer science (Figure 2).

Why is it important that these students are in STEM fields? Scholars from abroad often transition to the US labor-force, and have fueled the expansion in the US IT sector. About 14 percent of students from these seven countries in the last five years are now in the Optional Training Program (OPT) that allows them to work for a year in the US, and many others can transition to high-skill work visas. Immigrants have consistently helped to drive the innovation boom in science and eEngineering (S&E), with CEOs of large tech companies like Microsoft and Google amongst them. In addition to being high level managers, immigrants also patent new technologies that spur such innovation. This IT boom affects the larger economy in many ways, most importantly by facilitating US productivity growth.

International students who later join the US STEM workforce may then help alleviate concerns of shortages in such occupations. Innovation increases the size of the IT sector and demand for US native workers as well. And to oversee these computer scientists, the demand for American managers rises, raising earnings for native-born workers.

Foreign-born scholars also play a large role in keeping college affordable for in-state residents. Over the last decade, international students have become a substantial revenue source for universities—especially for public universities looking to recover lost funding (appropriations) from state governments. In other research with John Bound, Breno Braga, and Sarah Turner, I show that public universities enroll more full-fee paying international students when they lose appropriations from governments facing tight budgets. Often their American counterparts pay in-state tuition amounts and cannot generate as much revenue for the institution. The growth in the international student body, including students from these seven countries, coincides with a period of large cuts to state funds (Figure 3). As we show in our paper, this allows state schools to continue offering favorable tuition-rates for in-state students and helps them avoid cutting necessary expenditures.

Students from these seven countries are more likely to be enrolled in public than private universities, especially public research universities (Table 2). The US currently has the largest number of high-quality centers of higher education, making education one of its valuable "exports." Given limited options in their home countries, international students seek out US universities for a quality education; the schools in turn attract highly qualified students willing to pay full-tuition, which cross-subsidizes American in-state students.

How large, then, are the revenue gains from these students? Using student visa data, I find that between 2010 and 2015, a typical student from these countries paid approximately $16,000 a year in tuition. For the group of 17,354 students from these countries in 2015-2016 alone, this amounts to $278 million. Many students did receive some funds from the school, including on-campus employment—in 2016, approximately 30 percent of students from these seven countries received funds from their universities. This means that a conservative estimate of the net revenue gain is approximately $194 million in 2015-2016 alone. This revenue helps recover a portion of the lost appropriations while preventing otherwise-necessary hikes to in-state tuitions and cuts to expenditures.

Impacts on the entire local economy around college campuses are even larger. For instance, one estimate of revenue increases due to international students' tuition, room and board, books, and other local expenditures puts this number close to USD 700 million. This estimate, however, does not net out financial aid. Another estimate of the total economic impact, which includes effects on local jobs, from the US Department of Commerce and cited by the Wall Street Journal, puts this number closer to USD 556 million.

While barring entry to students from these Muslim-majority countries could adversely affect the US education sector and economy, there are certain larger pitfalls in sight. The countries that sent the highest number of international students in 2015-2016 include certain regions that may soon have fraught relations with the US. These large senders include China (328,547 students in 2015-2016) and Mexico (16,733), which have been contentiously re-evaluating trade with the US. Also on the top-senders list is Saudi Arabia (61,287), another Muslim-majority nation that offers a generous King Abdullah Scholarship to students who want to study abroad. And India (165,918), from which many students come to the US for Master’s degrees, creating an important pathway into the US IT sector. Restricting H-1B visas, as a new draft of a bill proposes, would not only affect the US tech industry, but also the Indian tech sector and the flows of students from India.

Whether to restrict international travel from abroad is a complicated foreign policy question. National security concerns are first and foremost in the administration’s intentions—although no student from the banned countries was involved in recent terrorist activities on US soil, some Saudi nationals directly responsible for the 9/11 terrorist attacks entered America on student visas. However, as this blog highlights, travel restrictions also come with costs that cannot be ignored. International students, a large fraction of whom will be affected by this and potentially other restrictions, play a large role in benefitting large parts of the American economy, keeping the tech sector booming and college affordable. It is important to proceed with caution with respect to the proper implementation of the policy and take these factors into account.

Restricting the movement of students or workers fundamentally changes the cost-benefit calculations made by students around the world in their decisions to pursue degrees in the US. For many students, the benefits of a US degree lie not just in high-quality education, but also in the option value of joining the US labor market. The possibility of moving to the US may also encourage students to invest in skills and human capital that are valued abroad. Raising the costs of migration will cause such talent to move to other regions like the UK, Canada, Australia, or Western Europe. Given that the US currently has a comparative advantage in "exporting" high-quality higher education to the rest of the world, such restrictions would impede this advantage. 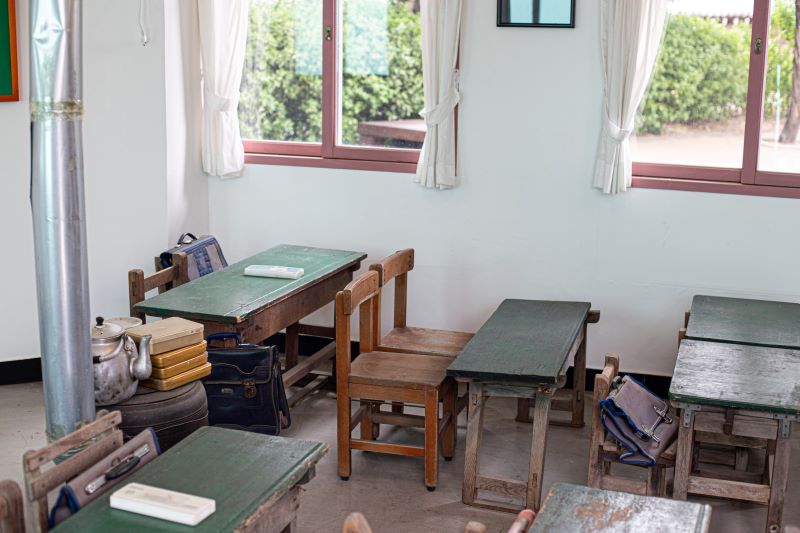