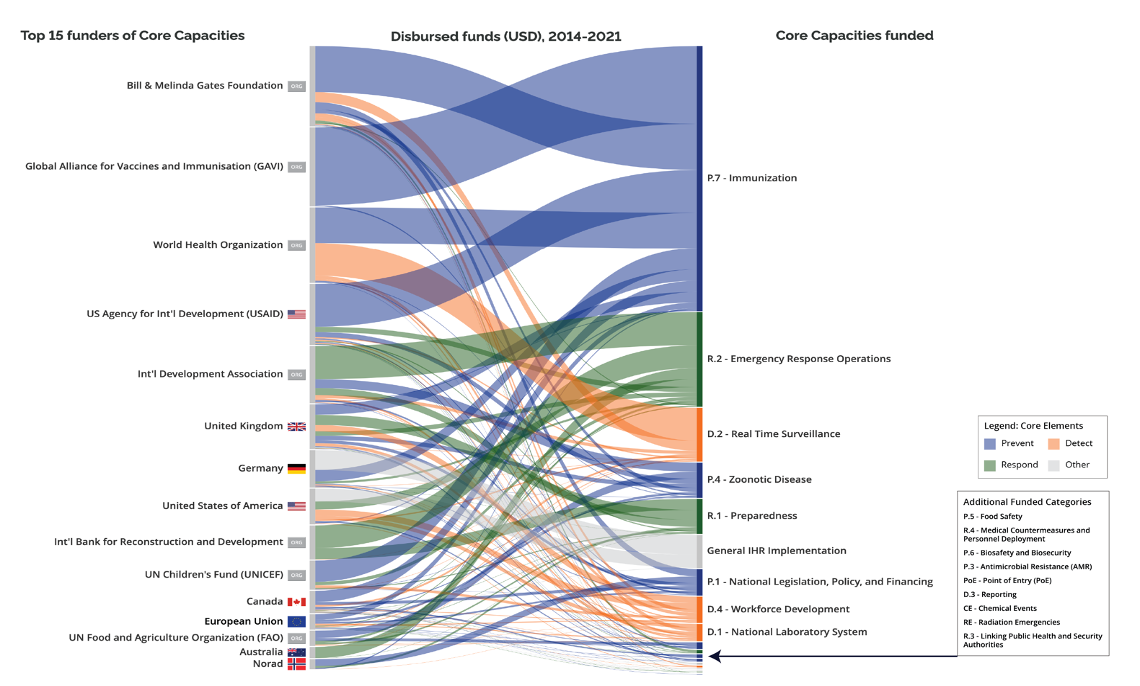 Whether it’s addressing urgent food needs, delivering COVID-19 vaccinations, or supporting Ukraine in the face of Russian invasion, the United States has played a lead role in responding to recent and evolving threats around the world. This has been possible—in large part—thanks to supplemental funding provided by Congress. Lawmakers have demonstrated a willingness to loosen the proverbial purse strings outside the typical, annual appropriations cycle in response to acute global crises.

The case for this funding can be particularly compelling. Often, it’s vital to saving lives, and even staving off greater crises. But while recent challenges, such as the COVID-19 pandemic have long tails and knock-on effects, regular international affairs spending hasn’t necessarily kept pace with compounding needs.

This chart shows recent trends in international affairs spending. For nearly a decade, appropriators relied on the designation of certain funds as Overseas Contingency Operations (OCO) to enable funding increases that otherwise wouldn’t have been possible under discretionary budget caps. Last year’s omnibus spending bill brought the end of the OCO era and base international affairs spending rose to account for the absence of OCO. But it’s supplemental emergency spending that is responsible for driving recent growth in US foreign aid.

While critical, ad hoc emergency spending isn’t a substitute for base appropriations. Even when provided to meet a broad category of needs—such as flexible humanitarian aid—these spending categories aren’t interchangeable; particularly since the uncertainty inherent in supplemental spending leaves agencies and implementing partners unable to plan or strategize for the longer-term. Amid inflation, overlapping crises, and persistent development challenges, the lack of sustained growth in base appropriations is concerning.

Moreover, stagnant base appropriations limit the resources available for strengthening prevention and resilience, which ultimately leads to taxpayers footing a bigger crisis response bill. Steady investments in global health preparedness, for instance, are magnitudes more cost-effective than executing a large-scale emergency response in the face of a pandemic. In its most recent budget request, the White House proposed $6.5 billion in new mandatory international affairs spending for investments in global health preparedness, promising more consistent resources for this critical goal by ducking the annual appropriations process. So far, that proposal has yet to gain traction on Capitol Hill. But the administration’s ask tacitly acknowledges a reality—of which many in Washington are well aware—shifting political winds and competing priorities can mean investments in service of long-term goals often get shortchanged.

And, while the US can’t (and shouldn’t) tackle today's and tomorrow’s global challenges alone, US leadership has historically been shown to encourage other donors to step up to the plate. Predictable resources signal to allies that the US is a dependable partner, allowing for joint initiatives that crowd in funding. Further, US policymakers shouldn’t undervalue their role not only in catalyzing greater total resources but in raising the bar for donor transparency and accountability. As acute global needs evolve into more dogged development challenges—primarily faced by the world’s most vulnerable—US support must abide. Congress recently approved a continuing resolution that funds the federal government (largely at FY22 levels) through December 16. The short-term spending bill averted a government shutdown (while allowing members to return to the campaign trail) and buys appropriators more time to reach an agreement on an FY23 spending deal. And the stopgap also included further emergency supplemental spending for Ukraine, including $4.5 billion for direct budget support. What remains to be seen is whether lawmakers can reach agreement on providing greater resources for core development and humanitarian needs beyond the headline events.