Figure 1: Governments are accountable to their citizens and taxpayers

Pay for results programs that increase accountability to funders can distort these mechanisms by severing the feedback loop from citizens (see Figure 2). 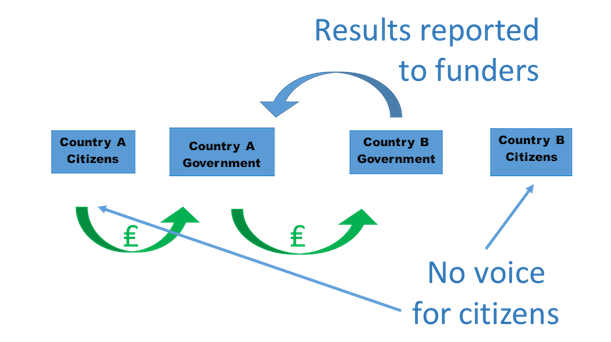 Plenty of examples show the risk of using payments this way: it increases the recipient’s accountability to funders while undermining the recipient’s accountability to their own beneficiaries or constituents. A good example of this problem involves the structural adjustment programs of the 1980s and 1990s in which international financial institutions (IFIs) agreed to disburse funds only if recipient governments enacted reforms commonly described as “The Washington Consensus.” Whether or not these reforms would actually achieve the desired results (e.g., macroeconomic stability) continues to be debated, but the structure of these programs, using the language of “conditionality,” made governments more accountable to the IFIs than to their own constituents. 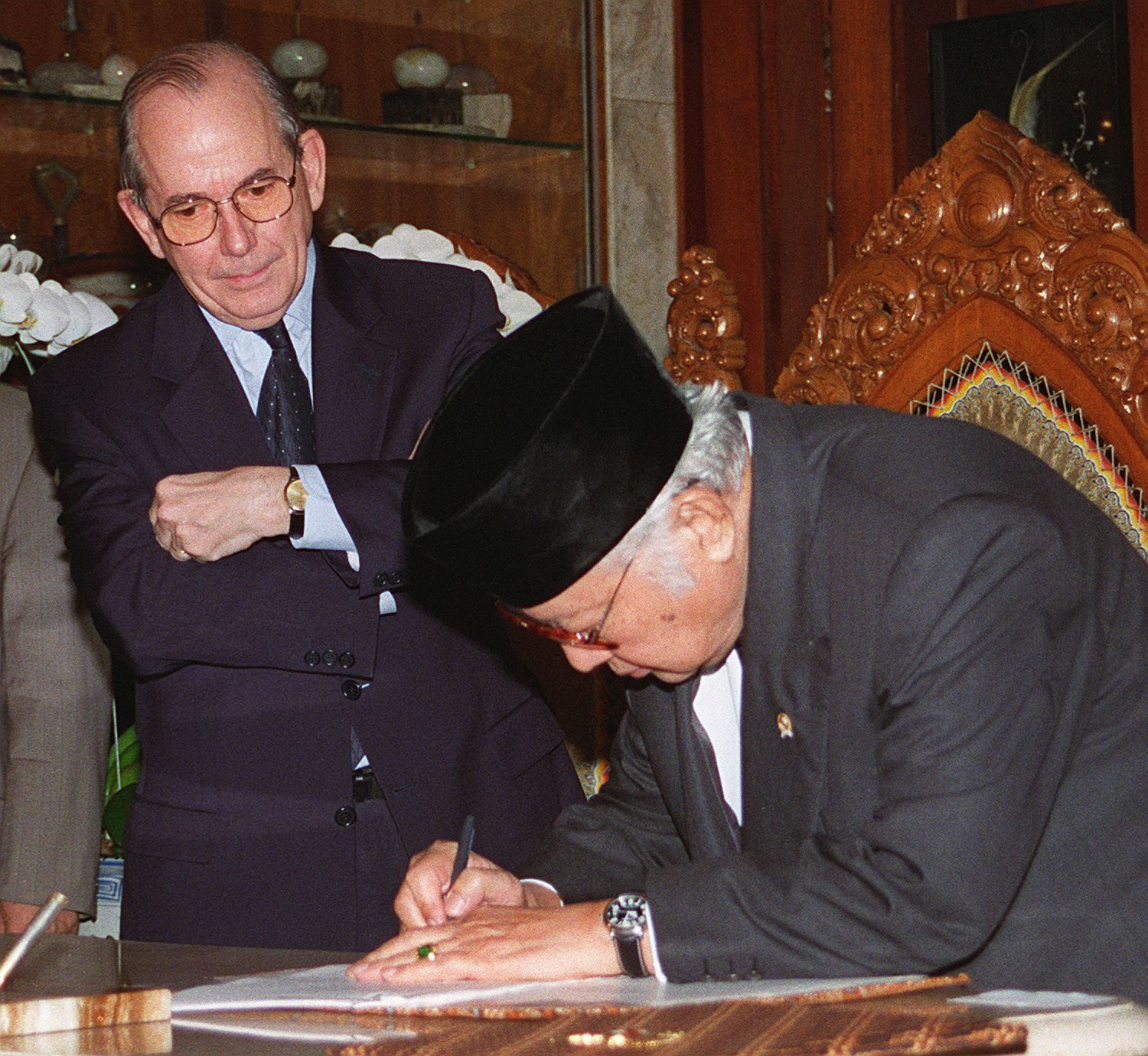 A vivid illustration of this problem is described by Frances Seymour for the case of Indonesia, where a widely circulated photograph of Michel Camdessus looking down on President Suharto at the signing of an IMF program led to public outrage. (This issue is also addressed in the recently published Why Forests? Why Now?). Similar stories could be told about countries throughout Latin America during the 1980s debt crisis whenever staff from IFIs arrived to negotiate reforms.

For service provision, similar problems occur. When programs define results in terms of utilities building power plants or governments hiring public health professionals, recipients are accountable to the payers and not to the beneficiaries. Households that lack electricity and patients who wait endlessly for treatment lack ways to pressure for better service. In essence, programs that pay for results in this way have short-circuited the normal accountability mechanisms between providers and beneficiaries or between governments and constituents.

But this feature is not inherent to paying for results. Depending on how a program is designed, paying for results can actually repair the accountability relationship that is disrupted by external funding. Doing so requires two things. First, results must be defined in terms of desired outcomes rather than as implementing a predefined policy or activity. Second, the results must be publicly reported. Paying for results that matter to constituents and involving the public in verifying those results creates feedback mechanisms that are lacking in more conventional approaches (see Figure 3).

One of the clearest examples of paying for results that matter and in a transparent way that furthers domestic political debate is Brazil’s Amazon Fund. Norway and Brazil agreed to a program in 2008 under which Norway contributes $5 for each ton of carbon emissions averted from reducing deforestation in the Amazon. The information about deforestation rates is generated from publicly available satellite data and certified by a technical review panel. Norway does not tell Brazil how to reduce deforestation, it only rewards the government on the basis of progress. And Brazilians engage in vigorous political debate over changes in the deforestation rate. In fact, outgoing President Lula reportedly told his successor, Dilma Rousseff, to watch two indicators closely: unemployment and deforestation. Thus, the Norwegian contributions reinforce rather than interrupt the accountability of Brazil to its citizens.

The accountability of service providers can also be restored through pay for results approaches. One of the most direct mechanisms is to give beneficiaries vouchers. That way, providers get payment when they respond to demand. Beneficiaries can be organized to monitor and certify a service provider’s performance. A rather dramatic example of this comes from CordAid which has sought to improve security in the Democratic Republic of Congo (DRC) and Burundi by paying police on the basis of monitoring by local security committees. They write that “Communities are actively involved in predefining the indicators, then verifying the output delivered by courts or the police posts under [the payment for results]. This improved social accountability helps to restore relationships between citizens, service providers and authorities.”

Whenever an external funder is involved, they have power to call the shots. So, paying for results can interfere with accountability relationships…but it can also repair them. The key difference is whether these programs are designed to make the recipient strictly accountable to the funder or to empower citizens and beneficiaries. The latter designs clearly support local development and improvements in the kind of accountability that really matter for progress.

Thanks to Nancy Birdsall and Frances Seymour for all the collaborations in researching, thinking, and writing that resulted in this piece.

Blog Post
Results, Not Receipts: Tackling Corruption in Development...
Rajesh Mirchandani
What impact does corruption have on development, and what’s the best way to stamp it out? In a new book called Results, Not Receipts, CGD senior fellow Charles Kenny offers a way to strengthen the case for aid and reduce corruption at the same time: focus on outcomes, rather than inputs.