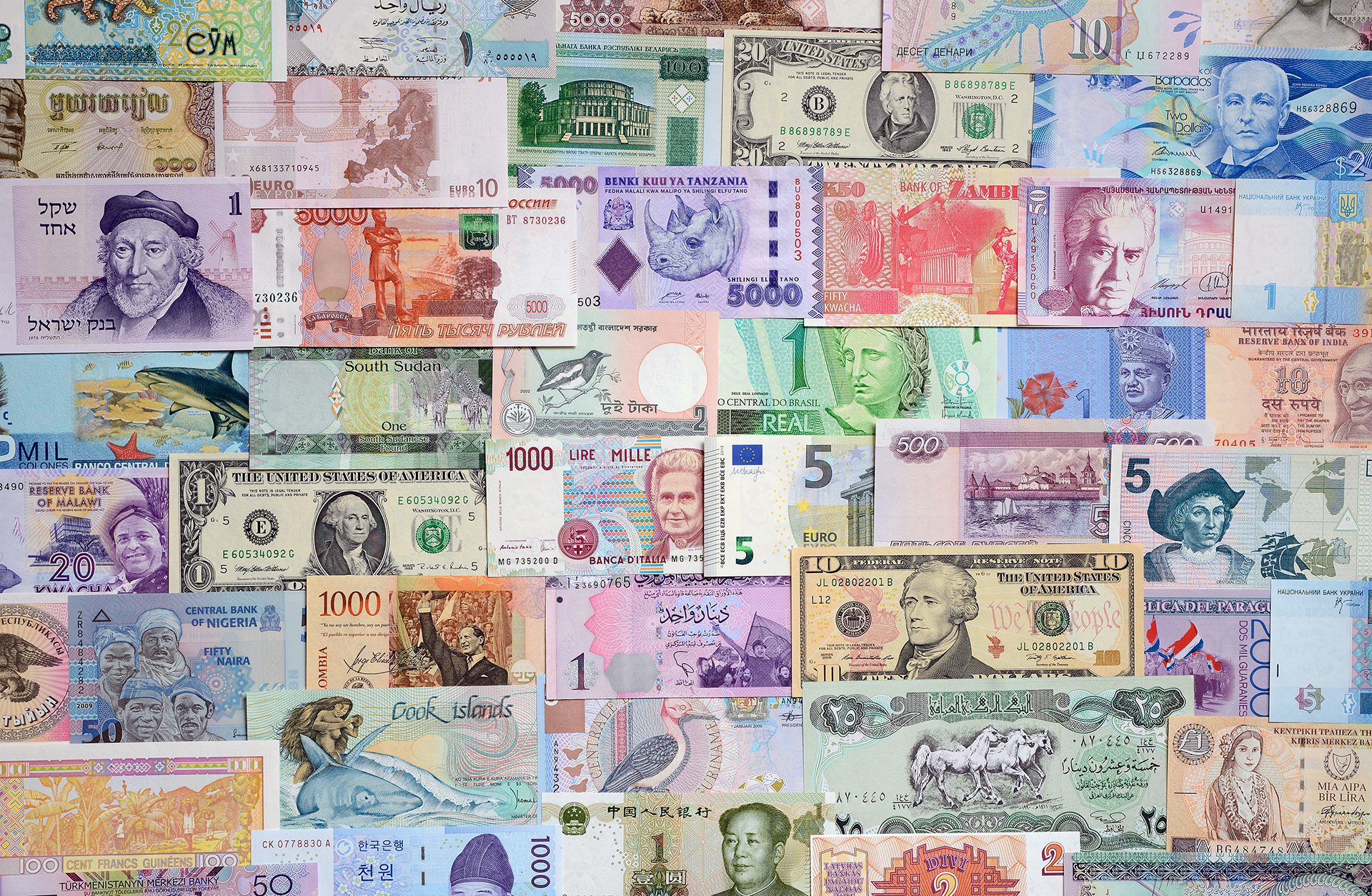 8 Ideas on Reforming the MDBs for the Eminent Persons Group
Mark Plant
April 09, 2018

When the finance ministers of the G20 countries set up an Eminent Persons Group (chaired by Singapore’s Deputy Prime Minister Tharman Shanmugaratnam) 18 months ago to recommend how the international financial institutions could be made fit for the twenty-first century, many observers were both hopeful and skeptical about the likely outcome. Now that the EPG’s report is out, what’s the verdict on how transformative its efforts will be?

The short answer is that while this is no manifesto for revolution, it does lay out a set of 22 recommendations which, if fully implemented, could result in a substantial improvement in the effectiveness and impact of the international financial institutions (IFIs), both individually and as a collective. The risk—and it is not a small one—is that the onus for implementing these changes has been left primarily to the very officials and institutions who are invested in the current system.

The core of the EPG’s recommendations focuses on changes in the way the IFIs (the IMF, World Bank, and regional development banks) work and are governed. In reaching its conclusions, the EPG consulted widely, hearing from governments, IFIs, think tanks, civil society organizations, and many individual experts in the operations of the international financial system. We applaud the EPG’s willingness to consult widely and listen carefully, and to modify its positions based on what it heard.

The details of many of the EPG’s recommendations will be understandable only to insiders in the international financial system. But together, they aim squarely at bringing about a new financial order in which:

This vision contrasts with the current system, where developing countries often feel beholden to donors, the public and private sectors can compete or work at cross purposes, international institutions’ mandates are fragmented, and governments lose sight of the big picture as they over-involve themselves in operational minutiae.

Let’s look at each of the elements of the new system envisaged by the EPG.

Developing countries – The EPG calls on the IFIs to use country plans designed by developing countries themselves to coordinate international support for development. Developing countries need to put together coherent platforms that lay out strategic sectoral objectives and concrete project plans to achieve them. This seems a tall order—few countries have managed to do this well, even in a limited number of areas. But if developing countries expect the private sector to invest in sustainable projects that diversify economies and boost inclusive growth, there will have to be a coherent vision that links private and public investment, and shows how countries will develop the supporting capacity, regulations, and infrastructure.

To support this, the EPG calls for IFIs to refocus their efforts on developing the skills and institutions these countries will need to build and implement their country platforms, as well as regional ones for development problems that cross borders. This will challenge the IFIs to improve their track record at institution building, changing the mix of their assistance between loans and technical assistance. And for fragile states, finding effective interventions to enhance local capacity remains a work in progress.

The public and private sector interface – The EPG report envisages a world where the public and private sector invest together for mutual benefit. It suggests systemic rationalization of public/private risk-sharing arrangements and investment vehicles that unlock private capital without sacrificing financial sustainability. This will require regulatory reform in both developed and developing countries and coordination across IFIs to standardize investment platforms and procedures. And IFI business models will need a fundamental shift. The proposed systemic refocusing of the IFI’s on mobilizing private capital, rather than spending their own, would represent a sea change in development finance and present important opportunities for private-sector investors to enter new markets and realize higher rates of return than in developed markets, while driving faster growth and job creation. For IFIs to play this role, shareholder clarity and support will be critical on the appropriate level of risk tolerance and the capital allocation between the public and private sector arms of the MDBs.

Global public goods – The economic and social integration of the world’s economies has underscored the interdependency of nations, with global challenges like climate change, pandemic diseases, and migration looming large in national and international public policy debates. The EPG recognizes that IFIs, with their transnational policy reach and expertise, are ideally suited to contribute in this area, but their mandate to do so is currently unclear and fragmented through ad hoc financing arrangements.

The EPG proposes a set of structural and financial changes in the IFIs that will allow them to integrate these efforts into their core operations and coordinate more closely with UN agencies who have the lead in tackling these trans-border problems. But the report avoids an equally important challenge: where will the additional resources for funding global challenges come from? IFIs lend to individual countries, which often do not prioritize funding for global public goods. It seems clear that other collective mechanisms are needed to incentivize funding for these critical cross-border challenges.

Leadership of the global financial system – The changes that the EPG proposes in the structure, operation, and financing of the IFIs will require strategic guidance and monitoring by the nations of the world, with consistent messages conveyed across the various IFIs. The EPG rightly eschews the temptation to create any new governing structures, recognizing that the many existing international fora, if properly used, can give the strategic oversight needed.

Instead, the EPG calls for the G20 to rationalize and pare down its work program to focus on strategy and to convene a group with representation from other developing countries to focus on changes in the development finance architecture. At the same time, the EPG suggests that the IFIs’ governing boards also focus on strategic issues and delegate operational decisions to IFI management, with periodic system-wide check-ins as to whether strategic objectives are being attained.

From recommendations to action: The challenge of implementation

The incremental changes recommended by the EPG will, over time, build a new international financial order. But its construction requires a change in mindset, culture, and incentives for all the stakeholders in the system.

The major shareholders of the IFIs must signal their willingness to embrace the changes, beginning with refocusing the G20’s activities, establishing a meaningful forum for discussion with developing countries, and embracing the need for rethinking the objectives and operations of the IFIs through strategic guidance from governing boards. Will they have the political will and organizational support to undertake and sustain this effort?

The IFIs must “lead from below,” putting concrete proposals forward to their governing bodies to bring about the changes the EPG recommends. They need to continue their efforts to find ways to mobilize private finance, to integrate their work on global public goods into their regular operations, and to focus their technical assistance on governance and human capital enhancement. And they need to work as a system. So far, collaboration and culture change have been hard for these large organizations; will this time be different?

Developing countries need to seize any opportunity offered to engage in the international strategic discussion on development finance and come to the table with their suggestions on how to make the financial system deliver the investment dollars needed in a way that suits their needs. To sustain financing flows over time, coherent country platforms for investment need to be built, leveraging the expertise and advice of their international partners. How quickly can this be done in fragile states and other low-income countries where institutional and financial capacity is scarce?

Private sector investors have already recognized the opportunities offered by developing countries. They must show willingness to experiment a bit more, take more risks, and be vocal in expressing what they need to accelerate investment in developing countries. It is telling that so far, very little private capital has flowed to some of the countries that need it most. Will the private sector look beyond the easy-to-finance projects in middle-income countries and use their unique capacity to innovate and adapt to develop business models that work in the frontier markets of today to help them become the high-growth emerging markets of the future?

Will the EPG’s vision become reality?

As we noted at the outset, the changes the EPG proposes are evolutionary, not revolutionary. They will require fundamental shifts in strategy, tactics, and behavior by all the players in the development finance world. Existing vested interests will have to be put aside and the forces of inertia overcome to create a new financing system that is fit for purpose for accelerating development and confronting the challenges that cross country borders. The EPG has put forward a vision and some concrete actions—whether there is the courage, imagination, and tenacity to achieve that vision remains to be seen.