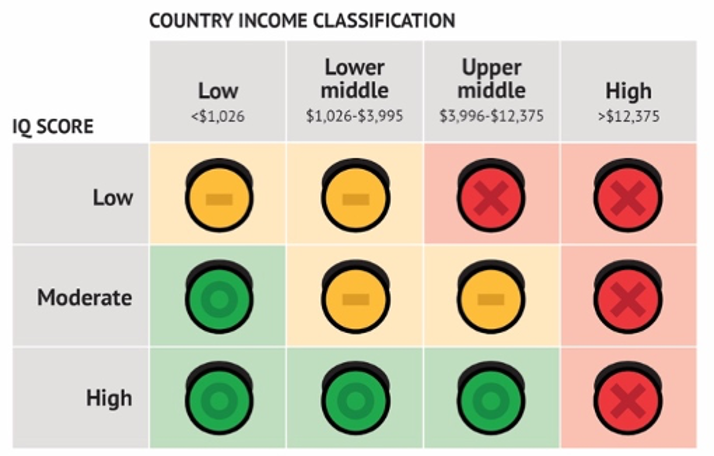 The US International Development Finance Corporation (DFC) is the $60 billion agency that’s supposed to catalyze investment to capital-starved countries, bolster job-creation in emerging markets, and support US foreign policy. The BUILD Act which created the DFC was a bipartisan bill, carefully crafted to overcome long-standing objections from both liberals and conservatives to its beleaguered predecessor agency.

In the build-up to its passage, proponents argued that the US needed to counter China’s growing influence across Africa, Asia, and the Middle East. Yet congressional intent in 2018 was deliberate and clear that the agency had to prioritize development in poor countries and avoid politicized battles over favored energy technologies. That’s why recent actions from the Hill and the White House, each one arguably unobjectionable on its own, all add up to a highly worrying erosion of the DFC’s mandate—that threaten both the political bargain that sustains the agency and US strategic goals across Africa.

So what exactly is happening?

Congress wanted to balance foreign policy flexibility with supporting development outcomes, so the BUILD Act of 2018 had guardrails by calling for prioritizing low- and lower-middle-income markets while allowing operations in upper-middle-income countries under special circumstances. Yet:

The BUILD Act was deliberately silent on energy technology choices, but DFC inherited from its predecessor agency well-established environmental and social standards as well as appropriations language that prevented energy technology prohibitions in IDA-eligible countries or where projects had U.S. export or employment benefits. However:

But the gas restrictions seem to apply only to poor countries

The European Energy Security Act cited above already encourages DFC gas investment in rich European nations. Senator Menendez also was the lead sponsor along with Senator Marco Rubio (R-FL) of the Eastern Mediterranean Security and Energy Partnership Act, which was enacted in 2019 to provide US support for gas infrastructure for Greece, Cyprus, and Israel. The Act states:

The recent discovery of what may be the region’s largest natural gas field... could represent a significant and positive development for the Eastern Mediterranean and the Middle East, enhancing the region’s strategic energy significance…. Natural gas developments in the Eastern Mediterranean have the potential to provide economic gains and contribute to energy security in the region and Europe, as well as support European efforts to diversify away from natural gas supplied by the Russian Federation.

So, what’s the problem?

All these individual actions add up to:

Removing the limited country income guardrails will only increase the incentives for DFC to focus on richer countries where investment opportunities tend to be larger and more plentiful, to the detriment of the poorer, higher-risk, capital-hungry markets for which the DFC was created to support. By channeling resources into countries which already have ready access to capital markets flips upside down. Indeed, DFC is already at risk of becoming a foreign policy slush fund; 22 of the 79 projects approved in 2020 were in upper-middle or high-income countries. New exemptions will only worsen this trend.

2. A complete inversion of the DFC’s original intent.

The DFC, the principal US development finance institution, is being encouraged to finance natural gas plants in Poland and a gas pipeline for Israel, but is effectively barred from supporting the same projects in Senegal, Ghana, or Liberia. (Read the extract cited above and replace Eastern Mediterranean with West Africa and Russia with China. How does the same logic not apply?) This is not just a poor allocation of limited resources, but counter-developmental by applying technology restrictions only on those who need energy the most.

OPIC was under constant criticism from the right for corporate welfare and from the left for supporting companies rather than people. Widening the new agency’s geographic scope by including high-income markets—while at the same time narrowing the scope for technology flexibility in the poorest countries—would again raise hackles on both ends of the political spectrum.

4. Ultimately, death by a thousand cuts is creating a double-failure in Africa to either deliver development outcomes or counter China and Russia

If DFC is supposed to be the best US weapon to support private investment and job creation while countering Russian and Chinese influence, the aggregation of these multiple steps will do neither. How could we possibly explain to our allies in Liberia, Senegal, and Ghana why we won’t support gas in their countries while we’re enthusiastically doing it in Europe and the Middle East? And what response should US officials expect when we ask our allies in Nigeria, Kenya, DRC, or Egypt to choose America rather than Russia or China?

The EAGLE Act is being marked up today. It’s time to start steering the DFC back toward its original mission by keeping the focus on poor countries and supporting them, not rich allies, with the technology flexibility they need to industrialize and become prosperous.