If We’re Going to Fund Climate Mitigation from ODA, We Need to Double It. | Center for Global Development | Ideas to Action Skip to main content

If We’re Going to Fund Climate Mitigation from ODA, We Need to Double It. 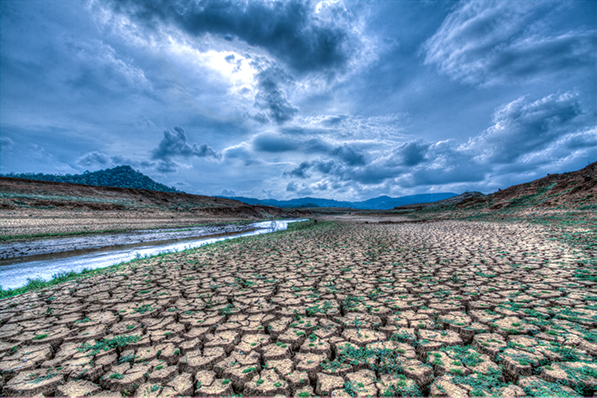 Official development assistance (ODA) appears more or less fixed at 0.3 percent of rich countries’ gross national income (GNI). This is not enough to cope adequately with existing development challenges, and yet it is now being charged with funding a large share of donor country commitments toward global climate finance. Where there are genuine “win-wins'' regarding mitigation and local development in the poorest countries, they should be funded by ODA, but neither set of problems will be well served if they compete for the same, undersized pot. Unless donors can reach historically unprecedented ODA-to-GNI ratios, they should reconsider the extent to which mitigation finance for developing countries is funded from ODA.

The historical trend in ODA has been remarkably flat. After an initial surge driven by postwar optimism, and apart from a brief dip in the 1990s, ODA has remained at roughly 0.3 percent of rich-country GNI since the beginning of the 1970s. Individual countries step up and down, but in aggregate, little changes.

This stagnation remains despite tumultuous changes over this period. The number of people in extreme poverty initially increased, but then started to fall at any line you choose, and if measuring at the $1.90 poverty line, the number of people in poverty is now less than a half of its level in 1970. On the other hand, the economic toll of natural disasters has risen; alongside refugee numbers, there are increasing concerns about fragility; and we can now add concerns about future global pandemics. And of course, climate change went from being a fringe concern to being widely considered the planet’s most urgent problem.

So too have there been changes to the definition of aid. Domestic costs of hosting refugees were added to ODA and have become one of the largest expenditure categories for many large European donors. Scholarships and other in-donor costs were also added, as well as increasing shares of peacekeeping contributions.

There have been plenty of promises to increase aid volumes in recognition of global solidarity and interlinkages; over the decades, both United Nations and Organisation for Economic Co-operation and Development (OECD) communiques and peer reviews have waxed lyricless about greater need and mobilizing more resources. But there is no evidence that any of this has led to any material change in aggregate aid volumes. Circumstances appear to have little impact on ODA. A realistic assumption is that ODA is going to continue to grow roughly in line with donor country GNI, probably around 2 percent a year on average, for the foreseeable future.

And that is why funding donor country obligations to global climate mitigation projects from ODA will likely fail either the world’s poorest people, or the planet as a whole, or (probably) both. Aid has never been large enough to tackle all of the problems that it is already charged with, and adding in the costs of helping developing countries reduce emissions may simply overwhelm its capacity to achieve much of anything at all.

ODA accounts for around 84 percent of bilateral climate finance, according to United Nations Framework Convention on Climate Change (UNFCCC) biennial reports, and between 2013 and 2018 the share of outflows from ODA-eligible multilaterals focused on climate increased from 15 percent to 28 percent. That suggests that roughly $15 billion of new climate finance between 2013 and 2018 came from ODA. Yet, for comparable countries, total gross ODA increased by only $12 billion over the same period. In addition, this is a period where in-country donor costs for hosting refugees have climbed by $6 billion. This suggests that aid finance actually used in developing countries for non-climate activities fell by about $9 billion between 2013 and 2018. Even excluding adaptation finance (around 30 percent of the total), this fall would still be around $6 billion. And this is not because non-climate need has gone away. For example, 2018 saw multiple displacement crises, ongoing wars in Syria and Yemen, a food crisis in Haiti, and multiple other disasters receiving varying degrees of attention. In short, it appears that climate finance is not additional, but displacing finance for other objectives (it may also just be existing finance with a new label, but that just means it is climate mitigation that is being short-changed).

Meanwhile, developed countries have committed to raise $100 billion in climate finance. If they meet this commitment, this would likely mean over $35 billion of ODA spent on mitigation (roughly, assuming the composition of funding remains the same as it is with the current $79 billion of finance). This spending would absorb over a quarter of current ODA and reduce non-mitigation ODA to levels last seen in 2007, and yet still be far from sufficient to finance a transition to low carbon economies across the developing world. One estimate is that each year until 2030, around $370 billion of investment in the energy sector alone will be needed in developing countries (excluding China) if we are to prevent global warming greater than 1.5 degrees (this assuming that developed countries also make significant domestic investments)

If rich countries are to have any hope of both showing solidarity towards the world’s poorest, and facing up to their responsibility for a climate problem they largely caused, there needs to be a renewed conversation about climate mitigation and ODA. ODA projects should be made consistent with the Paris agreement and where there are genuine win-wins for climate and development in the poorest countries (perhaps investments in mass-transit systems, or forest conservation) these could be equally funded from ODA or other climate finance. But many of the most cost-effective mitigation projects will not have a major payoff in terms of local development, while many of the most effective development projects may even add to greenhouse gas emissions. And even if donors abandon the pretense that ODA is about tackling poverty entirely and spend all ODA on mitigation, they still will not be doing enough to tackle climate change: just to meet the financing requirements for greening infrastructure could entail doubling ODA at least.

In short, if rich countries insist on funding climate mitigation projects from ODA, then ODA needs a historically unprecedented increase. To meet existing commitments to mitigation alone, without further reducing existing funds for development, this would suggest Germany, the Netherlands, and the UK each spending well over 1 percent of GNI, France spending just under, and the US spending $60 billion on the basis of a proportional increase. If these numbers don’t seem plausible, donors need to look beyond ODA for climate finance.