Women’s Economic Empowerment as a US Development Priority: Still A Lot of Room for Improvement | Center for Global Development | Ideas to Action Skip to main content

Women’s Economic Empowerment as a US Development Priority: Still A Lot of Room for Improvement 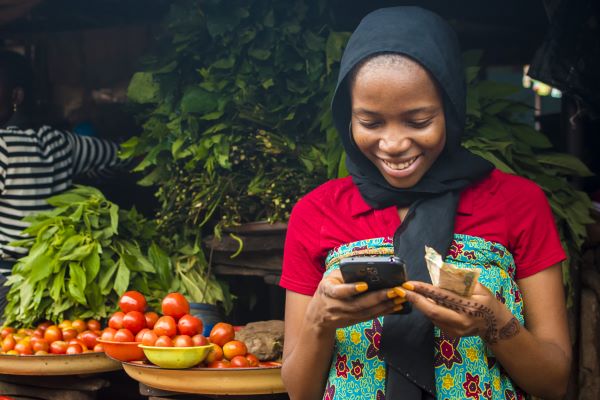 While the previous US administration sought to elevate some elements of women’s economic empowerment within development policy, a recent report from the Government Accountability Office (GAO) suggests there is considerable room for improvement, specifically in USAID’s support to micro, small and medium enterprises (MSMEs). The Women’s Entrepreneurship and Economic Empowerment (WEEE) Act, signed into law in early 2019, mandates that half of USAID’s investments in MSMEs target women-owned, managed, or controlled business and the very poor. But the GAO uncovered several issues that undermine USAID’s ability to determine how it has fared relative to this ambition.

The GAO found that USAID lacked established, agency-wide definitions for what constitute a women-owned, managed, or controlled business and the “very poor.” The agency failed to define the scope of funds directed to MSMEs, making it impossible to establish a 50 percent target. And USAID had no clear and consistent mechanism through which missions could report their progress—enabling the agency to monitor its total effort. USAID leadership accepted the GAO’s recommendations and is working to address the measurement deficiencies.

The GAO’s findings shouldn’t dampen enthusiasm for working to level the economic playing field for women worldwide. In fact, targeted efforts to promote women’s economic empowerment are arguably more important than ever. The COVID-19 crisis has disproportionately impacted women’s employment and earnings, magnifying pre-pandemic economic inequalities. To “build back better,” the US—and other donors—will need to prioritize investments that enable women to re-enter the workforce, advance within it, be compensated fairly and adequately, and balance paid and unpaid work. Women’s economic empowerment is a critical goal in its own right—enabling the autonomy and well-being of more than half the world’s population—as well as a necessary means to other important ends, including children’s health and nutrition, girls’ education, and macroeconomic development.

Here’s what should come next:

GAO’s findings suggest a dearth of capacity to carry out and monitor targeted MSME programming. When new program and reporting requirements, such as those from the WEEE Act, are added on top of already-significant workloads of current USAID staff, newly dedicated staff, and the resources to support them, are essential. But limited development assistance is aimed at women’s empowerment and gender equality in general, let alone supporting women-run enterprises. Currently, the United States allocates an estimated 2 percent of its official development assistance to projects that principally focus on promoting gender equality and women’s empowerment across the board. The percentage of aid principally focused on the promotion of gender equality steadily declined under the Trump administration, but the United States has long lagged behind its peers in gender-responsive foreign assistance. With regard to USAID support to MSMEs owned, managed, and controlled by women, GAO pinpoints a figure of just $132.5 million (half of the $265 million GAO identifies as directed towards MSMEs).

Bring other departments and agencies to the table

The WEEE Act focused specifically on USAID, but the WEEE Act’s mandate to ground projects and programs in gender analysis should apply more widely to US development, and broader foreign and domestic policy—and be accompanied by resources to facilitate adherence. The State Department, Millennium Challenge Corporation, Development Finance Corporation, Trade Representative’s Office, and others, could benefit from a similar mandate to ensure that their programs and investments are reaching and benefiting women, and working to narrow economic and social gender gaps that hinder global development and security. The Biden administration has the opportunity to place gender equality front and center as a core priority, and do so in a way that harnesses all relevant levers of foreign policy.

USAID is not unique in struggling with definitional and measurement issues around women-run firms. In responding to GAO queries, agency representatives cited difficulties in creating a common definition of an enterprise that includes all three aspects of being owned, managed, and controlled by women, in part because individual definitions vary according to countries’ own laws, as well as difficulties in gathering accurate data from firms on the gender of enterprise owners and managers. These are issued faced not only by USAID, but also by other donor institutions aimed at supporting women-owned and run firms.

USAID has responded to GAO recommendations by stating that the agency will use a modified Small Business Administration definition of a women-owned small business for its fiscal year 2020 WEEE Act report, working in coordination with the Office of Gender Equality and Women’s Empowerment to develop guidance for bureaus and missions on the definition of enterprises owned, managed, and controlled by women. In doing so, USAID should also consult with other donors and development actors supporting women-run firms, including the DFC’s 2X Initiative (and wider 2X Challenge partnership), the World Bank’s Women Entrepreneurs Finance Initiative, and WEConnect International, which runs its own certification process validating women’s ownership and management of firms in its network. Harmonized definitions and measures for tracking impact harnessed by this set of actors can help to move the whole field forward; a set of reliable, comparable measures on women’s economic empowerment is foundational to improving the evidence base on what works to narrow gender gaps in the economy and promote women’s well-being.

Women don’t lead one-track lives, so a single-track approach to empowerment will fall short every time. Investments that level the economic playing field for women are critical to any broader gender equality agenda. The Biden-Harris administration has already started strong with regard to sexual and reproductive health and rights, repealing the Global Gag Rule and restoring funding to UNFPA. Early  domestic policy signals suggest that the administration understands investments to level the economic playing field for women are equally important. Addressing the Chicago Council, Secretary Yellen recently asserted the “need to do better at reducing barriers for women’s economic empowerment, even unconscious ones, in nearly every country in the world, including the United States.” The question is now whether the new administration is ready to advance a global agenda on women’s economic empowerment surpassing its predecessors’ efforts.