The Biden Administration Wants to Reorient US-Africa Policy. Will the US-Africa Leaders Summit be a First Step? | Center for Global Development | Ideas to Action Skip to main content

The Biden Administration Wants to Reorient US-Africa Policy. Will the US-Africa Leaders Summit be a First Step? 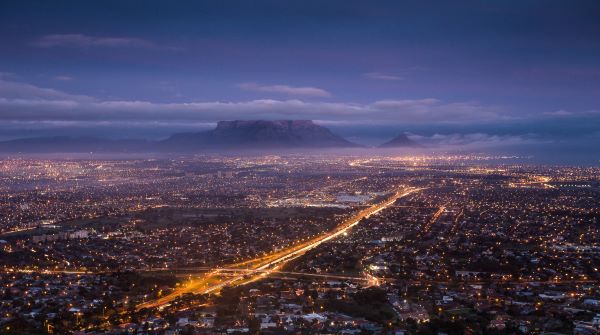 This blog is one in a series by experts across the Center for Global Development ahead of the 2022 US-Africa Leaders Summit. These posts aim to re-examine US-Africa policy and put forward recommendations to deliver on a more resilient, deeper, and mutually beneficial partnership between the United States and the nations of Africa.

In August, Secretary of State Antony Blinken unveiled the administration’s new US Strategy Toward Sub-Saharan Africa. His remarks underscored the pivotal role Africa will play in shaping the future of the world and acknowledged that tackling the shared priorities of the United States and African countries will require working “as equal partners.” The upcoming US-Africa Leaders Summit provides a platform to begin translating this recognition, and the strategy it informed, into policy action.

As the largest shareholder of the World Bank and International Monetary Fund, the largest contributor to the United Nations system, and as home to the world’s largest bilateral international development program, the United States has been one of Africa’s most important partners since 1945. Long focused on meeting urgent challenges and crises, US policy has contributed to remarkable progress on the African continent in areas such as global health, most notably through the United States President's Emergency Plan for AIDS Relief. But the prevailing US approach has a less impressive track record in building lasting development partnerships between the US and Africa. And it’s meant the United States has yet to fully account for a rapidly changing African continent—its aspirations, its people, and its place in the world.

For example, even as the continent becomes increasingly urban, US policy has not followed suit. More than 30 African cities are projected to exceed 5 million inhabitants by 2050, yet US policy in Africa remains overwhelmingly focused on rural development. And this is not the only mismatch. The relationship is still primarily dominated by aid, though both sides express interest in expanding trade and investment as an alternative means of promoting development—one more aligned with Africa’s vision for its future.

But this vision for the future must be reconciled with our present reality. The new US-Africa strategy and the upcoming summit come amid economic headwinds facing the African continent and the world at large. While the COVID-19 crisis proved a global challenge, Africa’s lack of access to vaccines slowed its return to full economic activity, further exacerbating the risk of debt distress for many of the continent’s economies. Russia’s invasion of Ukraine proved to be another disruption, hitting African governments particularly hard. High food, fertilizer, and fuel costs, significant levels of public debt, and inflation all present significant challenges for the continent.

In parallel, the US-Africa relationship has waned in recent years. Two-way trade between the United States and Africa has been in consistent decline, from a high of $141.9 billion in 2008 to $64.3 billion in 2021. Meanwhile, bilateral trade between China and Africa grew 35 percent in 2021, reaching a total value of $254 billion. Beyond China eclipsing the United States as the continent’s largest trade partner more than a decade ago, the US-Africa Leaders Summit is an outlier among similar high-level convenings for its infrequency and relative newness. The EU-Africa Summit and China’s FOCAC (Forum on China Africa Cooperation) are over two decades old and each occurs every three years. Japan’s version, TICAD (Tokyo International Conference on African Development) is approaching its third decade and has occurred every three years since 2016. In contrast, the first US-Africa Leaders’ Summit occurred in 2014, with the second coming only two years shy of a decade (even with support from US lawmakers on both sides of the aisle). It is easy to write off large summits as performative or inconsequential, but this pattern underscores a clear credibility gap. Convincing Africans that the US takes the continent seriously is made more difficult when this engagement at the leadership level is so unpredictable. The Biden administration’s first order of business should be to make the US-Africa Leaders Summit a regular event, occurring every three years.

Even in the face of pandemic, price shocks, debt, and climate change, US and African leaders will meet at a time of great opportunity for the world’s demographically youngest continent. The US-Africa Leaders Summit presents an opportunity to press the advantage of the continent’s opportunities and limit the damage of its challenges. As the world shifts to Net Zero, Africa’s nickel, graphite, cobalt, lithium, and cobalt will be critical to the coming energy transition. And Africa’s yet untapped agricultural potential could stabilize global food supplies. According to at least one estimate, the continent “could produce two to three times more cereals and grains, which would add 20 percent more cereals and grains to the current worldwide 2.6 billion tons of output.”

And while the rebalancing of supply chains has largely benefited Asia, Africa’s single market and the continental free trade area provides an excellent destination for both foreign direct investment and re-imagined, non-Asia-centric, global value chains. And despite global trends, Africa’s startup ecosystem has remained a bright spot. As funding dried up for startups across much the world, Africa’s startups bucked the trend. Not only did the region post significant “year-over-year gains in venture capital fundraising,” it is on track for a record year in 2022. This year’s Africa Investment Forum Market Days and virtual deal rooms mobilized $63.8 billion of investment interest in 2022.

The upcoming summit presents an important opportunity. Over the next two weeks, the Center for Global Development will run a series of blog posts from experts across the organization, and its broader network, that aim to re-examine US-Africa policy in service of two major aims.

These posts will put forward recommendations to deliver on a more resilient, deeper, and mutually beneficial partnership between the United States and the nations of Africa. The second US-Africa Leaders Summit presents an opportunity to consolidate the commitments of the US strategy for sub-Saharan Africa and serve as a launchpad for the vision of a more equal partnership beyond aid. Let us not miss the moment.

Stay tuned for more analysis on the summit in the coming days, and sign up for our US development policy newsletter to get updates in your inbox.