The newly released Intergovernmental Panel on Climate Change (IPCC) report, "Climate Change 2014: Mitigation of Climate Change,” describes the actions that people will need to take if we are to maintain a safe and stable global climate.  Like the two previous IPCC reports (which I have written about here and here), it is based on the collective volunteer work of dozens of top scientists and economists synthesizing the findings of thousands of peer-reviewed articles.

My colleague Alice Lépissier has written here about the IPCC finding that avoiding dangerous climate change is still possible if governments act quickly to set a price on carbon emissions.  So I won’t cover that ground in this blog.  Instead, I’d like to highlight what the IPCC report says about forests.

This IPCC report makes clear that avoiding dangerous climate change by limiting global temperature increase to 2°C (3.8 °F), as agreed by nations in Copenhagen in 2009, will depend critically on taking carbon dioxide out of the air.  There are two ways to do this. One way is to strip carbon dioxide out of emissions from power plants before it enters the atmosphere, and store it underground.  This technology is called Carbon Capture and Storage (CCS) and is still in early development stages.  Another way to take carbon dioxide out of the atmosphere is by planting trees.  Trees have been sequestering carbon perfectly well for millions of years using photosynthesis.

In a future in which CCS technology becomes available and cost-effective on a large scale, limiting global temperature rise to +2°C requires reducing deforestation to near-zero by 2030.  Not many models project that it’s possible to limit warming to +2°C without CCS technology, but those that do require not only stopping deforestation altogether, but reversing it to create a massive terrestrial carbon sink of regrowing forest vegetation by 2030 (Figure 1). 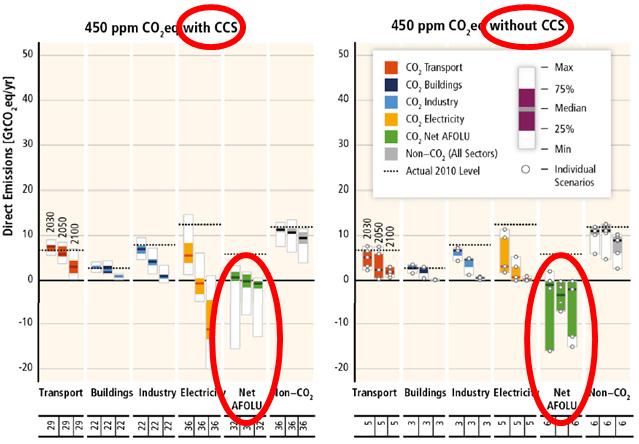 Since halting and reversing deforestation is so critical to maintaining a safe climate, how can we make this happen?  My colleague Kalifi Ferretti-Gallon and I have been researching this topic for the last year, and I’ll come back to our findings in a moment.  But first, here are three important things to bear in mind about what the IPCC report says about forests:

2.       Deforestation emissions comprise the bulk of emissions in some regions.

3.       Research published after the deadline for inclusion in the IPCC report shows that the global pace of deforestation is currently accelerating, not slowing.

The stack of scientific papers published on climate change grows taller with every passing week. So the IPCC necessarily sets a deadline for which scientific papers it can include in its reports.  For this report, papers were only included if they were accepted for publication before October 4, 2013.  Unfortunately, one of the most important scientific papers in years about deforestation was published on October 15, 2013—eleven days after the deadline for inclusion.  This paper by Matt Hansen and his colleagues in Science used satellite data to show that global deforestation rates increased throughout the 2000s (Figure 2).  But the IPCC reports that deforestation emissions are falling, based on a decline in the deforestation rates that countries self-reported to the Food and Agricultural Organization between the 1990s and the 2000s.  IPCC projections of future rates of deforestation also assume falling rates.  If future rates of deforestation are instead projected to stay stable or climb, then even more investment in reducing deforestation is needed to stabilize the climate. 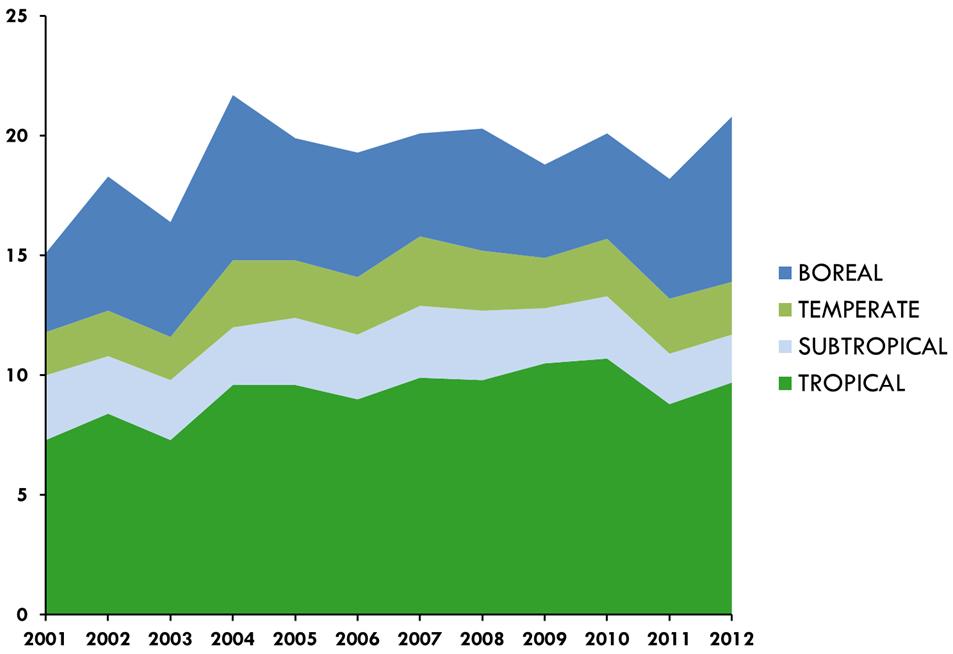 So, coming back to the urgent topic at hand, what drives deforestation and what stops it?  My colleague Kalifi Ferretti-Gallon and I investigate this question in a new CGD Working Paper.  We compiled a comprehensive database of all 117 spatially explicit econometric studies of deforestation published in peer-reviewed academic journals from 1996-2013.  We then present a meta-analysis of what drives deforestation and what stops it, based on the signs and significances of 5909 coefficients in 554 multivariate analyses (Figure 3). 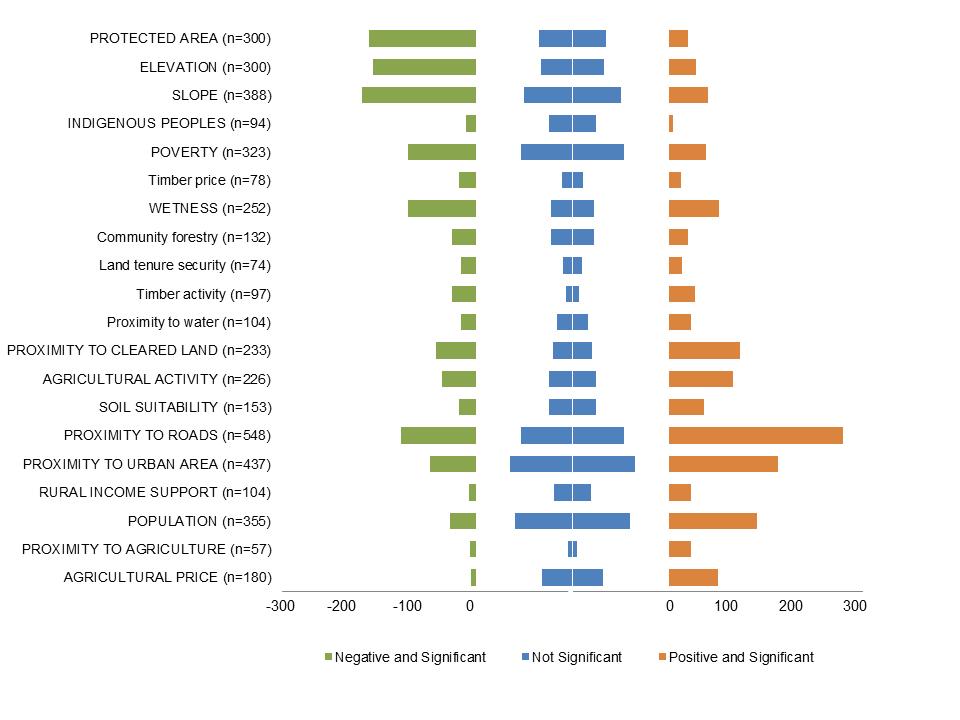 Figure 3. Twenty most commonly studied metavariables’ association with deforestation, organized by sign and significance of coefficients related to that meta-variable. Meta-variables ordered by ratio of negative to positive association with deforestation. For meta-variables in upper case, the ratio of negative to positive observations is statistically significantly different from 1:1 in a two-tailed t-test at the 95% confidence level. Source: Ferretti-Gallon and Busch (2014)

Comparing the relative effects of different drivers of deforestation, we found that:

Furthermore, we found that promising approaches for stopping deforestation include:

Because without figuring out what mix of policies and finance mechanisms will successfully halt and reverse deforestation, we’re going to sail right through that +2°C target.