Beyond Aid: Migration as a Tool for Disaster Relief in Haiti | Center for Global Development | Ideas to Action Skip to main content

Beyond Aid: Migration as a Tool for Disaster Relief in Haiti

Hosted by
The Honorable Frederica Wilson
U.S. Representative, Florida’s 17th District More than 200,000 people perished when a catastrophic earthquake struck Haiti in January 2010, and Americans responded with an outpouring of private and public assistance. Those relief efforts, as they nearly always do, focused primarily on delivering aid. The United States barely used another tool for disaster relief: migration policy. Migration is already one of the most powerful forces for reducing Haitians’ poverty. Center for Global Development senior fellow Michael Clemens explores ways the United States could take modest steps to create a legal channel for limited numbers of people fleeing natural disasters overseas to enter the United States, with Haiti as a case study. This would address two related problems: the lack of any systematic U.S. policy to help the growing numbers of people displaced across borders by natural disasters, and the missed opportunity of complementing traditional relief efforts with new, high-impact, cost-effective ways of helping people visited by terrible tragedy. Various modest changes in policy, both administrative and legislative, could address both problems.

The presentation will draw from the CGD working paper co-authored by Royce Bernstein Murray and Sarah Petrin Williamson, Migration as a Tool for Disaster Recovery: A Case Study on U.S. Policy Options for Post-Earthquake Haiti. For more on the CGD initiative, visit cgdev.org/smartrelief. 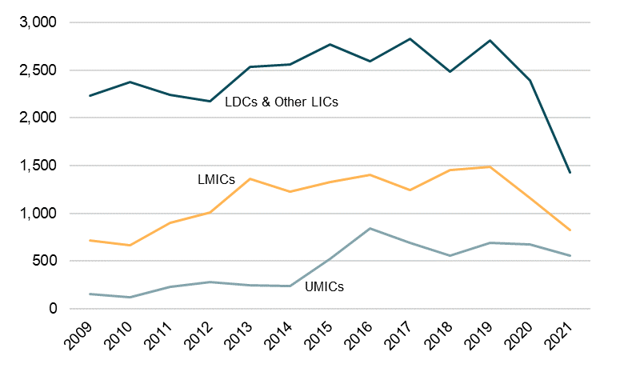